A Classic Encounter: Nessie On Land, 1933

I thought it might be an interesting idea to take a look back, every now and then, at what I term a "classic encounter," whether it's in the fields of UFOs, Cryptozoology, or conspiracy-theorizing. I'll begin with a sensational - and controversy-filled - affair which went down at Loch Ness, Scotland in the early 1930s. It's a case that is still spoken about today, and which is one of the reasons why I am mentioning it now.

There’s no doubt that, in terms of Nessie lore, July 22, 1933 was both history-making and groundbreaking. That was the date upon which Mr. and Mrs. George Spicer had an encounter with a large and lumbering beast at Loch Ness that, clearly, as Mr. Spicer’s words demonstrated, they wished had never occurred. Most people would likely love to see one of the Nessies. But, not the Spicers; that's fur sure: it was a traumatic and terrifying event they tried their very best to forget. Unfortunately for them, they failed.

George Spicer was a man with a busy job: he was a director of a well-respected tailors in London, called Messrs. Todhouse, Reynard and Co. So, when the opportunity came up for a vacation, the pair jumped at the opportunity. They chose to take a trip to Scotland, for a bit of tranquility and relaxation. What a mistake that turned out to be. 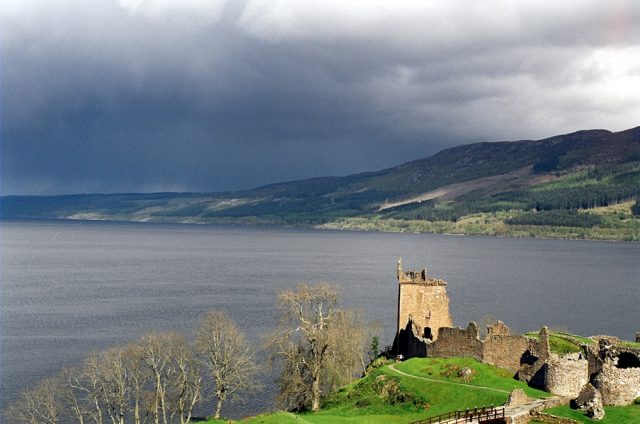 The day began much as any day does. It was, however, around 4:00 p.m. that the Spicers’ final day in Scotland turned into a complete nightmare. As the pair drove along the road that links Foyers and Dores, and in a southerly direction, Mrs. Spicer suddenly screamed. And she had a very good reason to scream. Somewhere in the region of 600 feet in front of them a bizarre-looking animal loomed out of the bushes that dominated the roadside. At first, all that could be seen was what looked like a large trunk. As they got closer, however, the situation quickly changed.

George Spicer described the animal as being hideous, an absolute affront against nature. What particularly struck Spicer – and which provoked his comments – was the way the thing moved. It did not do so like any normal animal. Rather, it lumbered across the road in a series of odd jerks and coils; something which, for Spicer and his wife, was reminiscent of a massive worm. He continued that by the time the shocked pair reached the section of the road where the monster appeared, it was already gone. Nevertheless, evidence of its presence was still there.

The surrounding bracken had clearly been flattened by something large and heavy; that much was certain. Of two other things the Spicers were sure: the beast was at least five feet in height and could easily have inflicted severe damage on their car. Spicer added that its skin was a grey color, not unlike the dark grey skin of an elephant. Oddly, Spicer also said that the monster seemed to be carrying something on its back. Spicer admitted that both he and his wife remained traumatized by the awful sight for weeks.

While skeptics suggest that the Spicers saw nothing stranger than a line of otters or deer, for many within the monster-hunting community, the case remains a classic. It must be said that the story has been expanded over the years – although not by the Spicers, it should be stressed. The issue of the beast carrying something on its back, has led to controversial assertions that the something was the body of a lamb. True or not, it’s an intriguing thought that the monsters, on rare occasions, may take to the land to secure a tasty meal or several. Regardless of what you may think of the case, in terms of its place in Nessie-based research, it remains a classic.

Hundreds of Sheep Commit Suicide to Avoid One Bear