A ‘Ghost’ Species Had Frequent Sex With Ancient Humans

"It seems that interbreeding between different early hominin species is not the exception – it's the norm."

Dr. Omer Gokcumen, an assistant professor of biological sciences in the University at Buffalo College of Arts and Sciences, led the study which was published in the current issue of the journal Molecular Biology and Evolution. He and Stefan Ruhl, DDS, PhD and professor of oral biology in UB's School of Dental Medicine, were studying the purpose and origin of the stuff in saliva that makes it so slimy. How do you explain to your parents that they’re paying for your college education so you can study spit? Perhaps these two should have gone into sales.

Specifically, they were extracting from the expectorate of over 2,500 genomes of modern humans the MUC7 protein. What they found caused them to do a spit take … a group of genomes from people in the Sub-Saharan Africa had an MUC7 gene that was nothing like anything they’d ever seen.

There was only one explanation … aliens!

Sorry, not this time.

"Based on our analysis, the most plausible explanation for this extreme variation is archaic introgression—the introduction of genetic material from a 'ghost' species of ancient hominins. This unknown human relative could be a species that has been discovered, such as a subspecies of Homo erectus, or an undiscovered hominin. We call it a 'ghost' species because we don't have the fossils."

When did this prehistoric hookup occur and was alcohol involved? Based on the accepted rate that genes mutate, Gokcumen determined that the ancestors of modern people carrying the Sub-Saharan MUC7 variant interbred with the ‘ghost’ species as recently as 150,000 years ago. While there was no indication of drinking, there was probably a lot of spit-swapping. 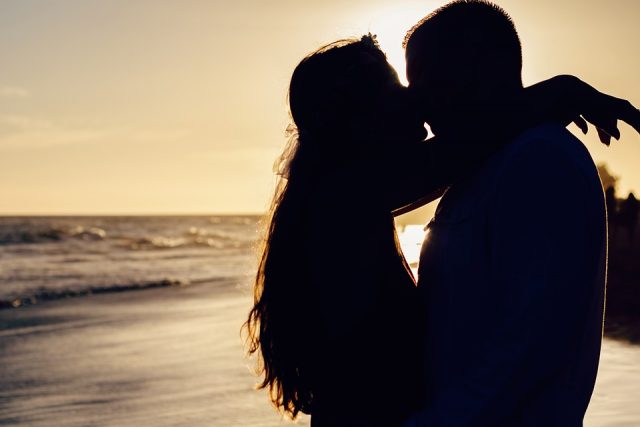 Is having this Sub-Saharan MUC7 gene a good thing or a bad thing, Dr. Ruhl?

"The MUC7 protein is thought to enhance the ability of saliva to bind to microbes, an important task that may help prevent disease by clearing unwanted bacteria or other pathogens from the mouth."

In other words, it depends on what you’re eating or whom you’re swapping spit with. Ruhl and Gokcumen will continue to study MUC7 while archeologists will start looking for fossils of the ‘ghost’ species it came from.

Meanwhile, somewhere in the world, some enterprising young high school students are trying to convince their parents to pay for their college tuition because there’s a future in studying prehistoric spit-swapping.