“Taking all the available evidence we have, we wanted to see if we could recreate the drinks and make something that’s palatable for the modern human. We usually do not have an airtight argument that a particular recreated beverage was made in antiquity in the same way or with all the same ingredients. Our ultimate objective is to gather as many well-verified pieces of the puzzle as possible, hypothesize about what ingredients most likely went into the brew and how it was brewed, and then try to replicate it.” 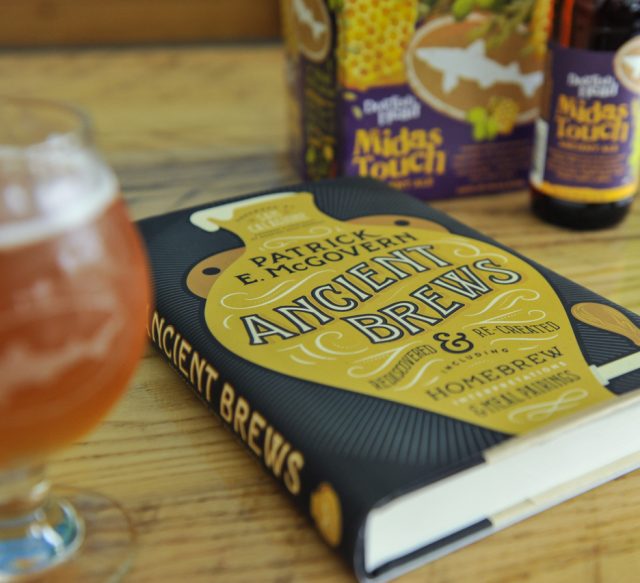 Dr. Patrick McGovern is the scientific director of the Biomolecular Archaeology Project for Cuisine, Fermented Beverages and Health at the University of Pennsylvania Museum in Philadelphia, an anthropology adjunct professor at Penn and a consultant to Dogfish Head Craft Brewery which is brewing and marketing some of his ancient beers for the general public. While it sounds like an ideal job, being an alcohol archeologist isn’t easy. Since alcohol evaporates even in closed containers, he must work with residue on ancient pottery fragments to determine what went into the prehistoric booze and in what quantities. While humans were getting drunk before then, containers for spirits only date back to about 10,000 years. 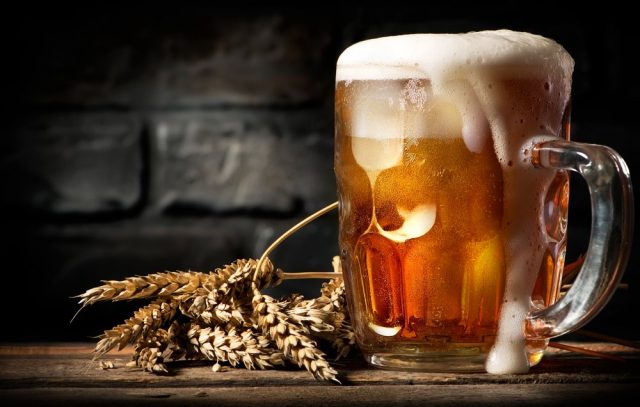 That’s still enough time for discovering a variety of ancient adult beverages. From Turkey he developed Midas Touch, a beer/mead combo made from honey, barley malt, white muscat grapes and saffron from around 700 BCE. This is one of the brews available from Dogfish Head. A Bronze Age Nordic grog called Kvasir was made of red winter wheat, lingonberries, cranberries, bog myrtle, yarrow, honey, juniper and birch syrup. If that wasn’t enough, it was occasionally mixed with wine. McGovern says his favorite ancient concoction is Chateau Jiahu, a 9,000-year-old Chinese drink made with hawthorn fruit, wild grapes, rice and honey and is considered to be the oldest known fermented beverage.

Being a good anthropologist, he covers up the fun part of getting paid to brew and drink ancient boozes with studies on why drinking started in the first place and what impact it had on history. Mass brewing required large amounts of grains and fruits and most likely pushed the development of farming and domestication. Brewing and drinking laws were some of the first regulations. However, McGovern thinks booze’s greatest contribution were not scientific or governmental. 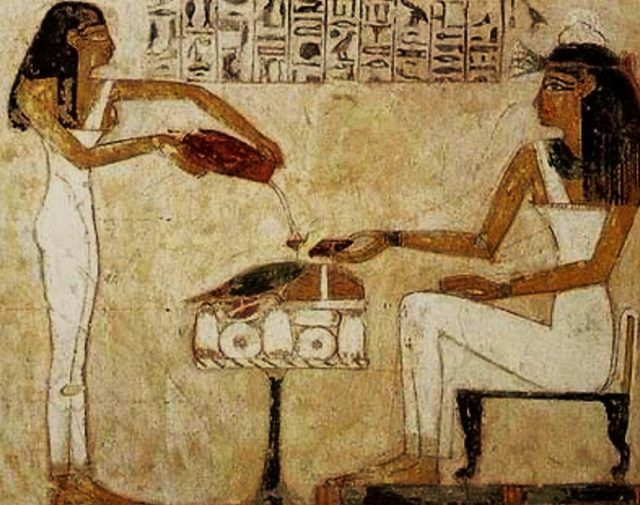 “Once you have fermented beverages, it causes a change of behavior, creates a mind-altering experience. I think that could be important in developing language, music, the arts in general and then religion, too.”

From booze we get religion. That explains a lot. To help you ponder on this, here’s the recipe for Chateau Jiahu from the Smithsonian:

Homebrew Interpretation of Chateau Jiahu
by Dough Griffith (based on McGovern, 2009/2010)

Process
If using the liquid yeast, we recommend making a starter 24 hours before brewing to maximize yeast cell counts.

1. Fill a brewpot with the 5 gallons water and bring to a boil.
2. As the water is beginning to boil, remove the pot from the heat.
3. Add the dry malt extract and rice syrup solids. Stir to prevent clumping and scorching on the bottom of the pot. Return the pot to heat.
4. Allow the wort to come to a boil, and boil for 30 minutes. If using defoamer to help prevent boilovers, add per instructions.
5. While the wort is boiling, put the hawthorn berries ina blender, cover with wort (liqwuied from the brewpot—caution: hot), and carefully purée.
6. At the 30-minute mark of the 1-hour boil, add the puréed hawthorn berries. Boil for 30 more minutes.
7. 50 minutes into the boil, add the Simcoe hopes and orange peel.
8. At the 60-minute mark, turn off the heat. Add the honey. Stir the wort for 2 minutes while building up a whirlpool effect. Stop strring and allow the wort to sit for 10 minutes.
9. Chill the wort with a wort chiller or in a cold water bath until it is under 75°F.
10. Transfer the wort into a fermenter; aerate (rock the baby) for 1 minute.
11. Pitch the yeast into the fermenter.
12. Top up the fermenter to the 5-gallon mark with cool water.
13. On the second day of fermentation, add the white grape concentrate.
14. In about 14 days, the beer should be ready to bottle. It can be siphoned to a 5-gallon carboy to allow extra time for clearing if desired, for about 7 days.
15. Before bottling, clean and sanitize the bottles and caps and create a priming solution of 1 cup boiling water and the priming sugar.
16. Siphon the beer into a sterilized bottling bucket, add the water-diluted priming solution, and gently stir. Bottle and cap the beer.
17. Allow the beer to condition for another 10 days at 70 to 75°F; it should then be ready to drink.

In a Shed Behind His Mother’s Home, This Boy Scout Was Secretly Building a Nuclear Reactor