Body of the Beast: An Unusual Story of Unidentified “Beastly” Remains

In 1972, something strange and otherworldly lumbered its way out of the bogs and bottoms of Boggy Creek, near the rural town of Fouke, Arkansas. A businessman and small-time director named Charles Pierce had an idea about making a sort of documentary on the legends about a Bigfoot-like "monster" seen around the Texarkana region, where he would employ local witnesses as actors on the spot, in dramatizations of their alleged encounters with the beast.

Hence, The Legend of Boggy Creek was born, a film which, despite its modest origins, went on to become one of the most successful B-movie ventures of all time.

While the story of the film and its production is somewhat legendary in itself, one of the most peculiar affairs ever to have come up in the strange narrative of the Fouke Monster actually involved one of the locals that appeared in the film, and had been instrumental in its pre-production. The late J.E. "Smokey" Crabtree had, around that time, been approached by Pierce in advance of making his film, and Crabtree agreed not only to appear briefly in the film, but also to lend services as a guide to Pierce, helping him navigate through the swamps of Boggy Creek in pursuit of stock footage for use in the film.

Crabtree and his family were no strangers to the stories about a "monster." In fact, Crabtree's own son on one occasion claimed to have had a close encounter with the creature, which the young man claimed had approached him during a hunting trip. After being "peppered" with a quick warning shot from his 410, the ape-like "thing" appeared to become agitated, and allegedly pursued the youth all the way back to the family's rural home, where the boy emerged from the forest in a state of near panic.

Smokey would author a pair of books on the subject, his 1974 offering Smokey and the Fouke Monster, which presents a wealth of interesting (and very candid) information not just about the family's experiences with searching for the creature, but also a number of behind the scenes details pertaining to the making of Pierce's film (Crabtree argued primarily that he, and other locals in the Fouke area, had been poorly treated by the filmmaker, and cut out of virtually any royalties due). Later, his second book, Too Close to the Mirror (2001), gave an update on Smokey's life, and continuing pursuit of answers to the Fouke Monster mystery.

In this second book, Smokey detailed a number of very unusual circumstances that led him to the acquisition of a corpse of some kind, belonging to a then-unidentified creature. Naturally, it was believed by Crabtree and a few others that the remains of this animal might be evidence of the long-sought "Fouke Monster", and Crabtree secured the body, seldom showing the specimen, or even photos of it, apart from a local jamboree event Crabtree hosted, during which the remains were displayed under glass and shown for a small admission fee. At that time, Crabtree described that opinions were very mixed about the creature, ranging from something that looked "very human", to something which, as Crabtree himself put it, "part cat mixed with something else."

Shortly after the display (which effectively put the word out in the area that Crabtree had something that at least might be the legendary "Beast of Boggy Creek"), he began to receive a series of unusual inquiries about the creature. The first of these came from a man from Texas, who claimed that the remains had belonged to him (whether he had been inferring it was an exotic pet, or something else, remains unclear). After dumping the remains in the forest near Texarkana, he then reconsidered the situation and, upon returning to where he had left it, found someone had already collected the body. Crabtree did not believe the story shared by this individual, and finding several inconsistencies in the story, along with an inability to describe the appearance of the remains, he turned this initial claimant away.

Things got particularly interesting at this point, as Crabtree then recounts getting a phone call from an individual claiming to be with the Smithsonian Institute. Smokey recounts this part of the story as follows:

Then came a phone call from a man who said he was with the Smithsonian Institute and the United States Government had issued orders for them to come down and confiscate the unidentified skeleton that I had in my possession. He told me they would arrive the next day and would be taking the skeleton with them. By this time I was getting pretty fed up with all the threats and decided to make a few myself. I was very nice about it, but I told him to bring some food with him because he would be here for quite a while, and to please bring some very good identification with him. Needless to say neither he nor anyone else from the Smithsonian Institute ever showed up.

This is a peculiar footnote in an already interesting affair, since there have, on occasion, been insinuations in the past about the Smithsonian Institute taking interest in "oddities" of this sort. However, what Crabtree seems to have been implying here had been that the alleged call from the Smithsonian had likely been some other individual--possibly the same man from Texas that initially tried to claim the body--presenting a ruse to try and get the best of Crabtree. 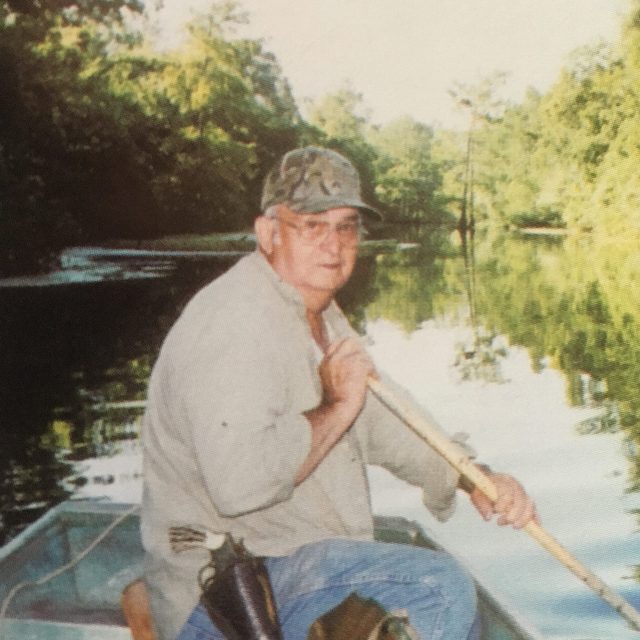 Ultimately, Crabtree ended up contacting the University of Arkansas, which sent a biologist out to his property who examined the remains for several hours. According to Crabtree's recollection of that circumstance, the expert from the university had been "absolutely fascinated" with the skeleton, saying that it appeared to have come from someplace else (i.e. not a species of North American origin), and that due to the fact that the head was missing, it was difficult to identify the remains. Subsequent calls to the university yielded disappointing results, and rumor had begun to circulate that, rather than a "Fouke Monster", the remains belonged to a Siberian Tiger, which may have been kept as an exotic pet by someone in the region.

Once again, this story of the mysterious body found near Texarkana failed to bring final, physical proof of Bigfoot to the table. Nonetheless, it represents one of the most curious and colorful side-stories in the ongoing regional legend of the famous monster of Fouke, Arkansas.

Roswell: A Change In The Air?