Chinese Scientists Claim They Can Create and Clone Super Dogs

"With this technology, by selecting a certain gene of the dog, we can breed an animal with more muscles, better sense of smell and stronger running ability, which is good for hunting and police applications."

The Beijing-based biotech company Sinogene announced it has created, under the direction of Dr. Lai Liangxue, the first dog ever cloned from a dog that itself was genetically modified using gene-editing. That means they’ve achieved the genetic modification of dogs and the cloning of dogs … both of which are extremely difficult for canines. While a ‘super’ dog may be good for police, hunters, the military and superhero movies, is creating clones of genetically-modified species a good idea?

“That does set us on the road to eugenics. I am very concerned with what I’m seeing. An army of super-humans has been a staple of science fiction and superhero comics for decades – but the super-dog technology brings it closer to reality.”

In an interview with the Sunday Express, David King, the director of Human Genetics Alert, expressed deep concern about what’s going on at Sinogene. In 2015, Dr. Lai created a beagle named Apple by using a so-called gene knockout technique where a somatic cell taken from a healthy beagle was genetically modified so Apple would be born with a high amount of blood lipids for the study of atherosclerosis or clogged arteries.

Putting aside the ethics of using animals for testing, this issue here is not the disease but the technology and the cloning. Apple and his clone, Long Long, are not Sinogene’s only creations. In 2015, Dr. Lai used the gene knockout technique to make Hercules and Tiangou, beagles with double the muscle mass of normal beagles, by deleting their myostatin gene which normally restricts muscle growth. Again, the noble cause of this experimentation is to develop preventions and cures for muscle-wasting diseases like muscular dystrophy, as Dr. Lai explains:.

"The goal of the research is to explore an approach to the generation of the new disease dog models for biomedical research.”

Nothing wrong with that … unless someone clones them to make armies of superdogs for police, hunters, the military, pet owners, bad guys. What could possibly go wrong? Ask David King.

“It’s not scaremongering. This is the way it's likely to proceed if the law is changed, first of all they will use it for medical purposes, most likely to treat a genetic condition. I’m seeing the beginning of a campaign within the scientific community to legalize human genetic engineering.”

It started with beagles. Where will it end? 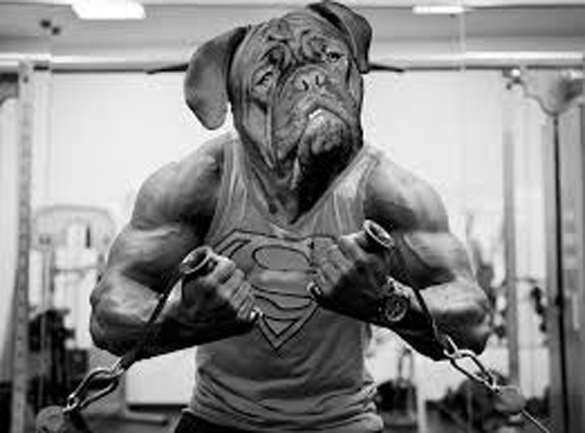