In the famous Arabian Nights, there is a story of a man who is told in a dream that, by traveling to Cairo, he will come into finding great fortune. Hence, he leaves his home in Baghdad, and travels until he is too tired to go any further, stopping to rest in a mosque.

There, upon awakening he finds the local police have mistaken him for a thief, and the traveler is taken into custody and subjected to corporal punishment and imprisonment. When questioned afterward, the injured traveler explains that he had been told in a dream that great wealth awaited him in Cairo, to which the local chief of police admonishes him and his foolishness for believing his dreams to have any parallel in real-life.

The man then returns to his home in Cairo, whereupon he goes and digs beneath a fountain on his property, only to find a treasure that secures him abundant fortune, which he believes to be the divine gift he had been promised in his dream.

While this story from what is arguably the most famous collection Middle Eastern folktales is purely a fable, there have been stories of people who made unique discoveries based on things they were shown in dreams.

A recent paper appearing in the archaeological journal PaleoAmerica discussed how the discovery of a unique Clovis spearpoint in 1969 has helped determine that the early humans that used this type of weapon in the region did so for centuries longer than once thought.

The artifact, which dates to between 11,400 and 11,900 years ago, has helped redefine the length period during which spearpoints of the Clovis type were used, according to Michael J. Moratto, lead author of the study. 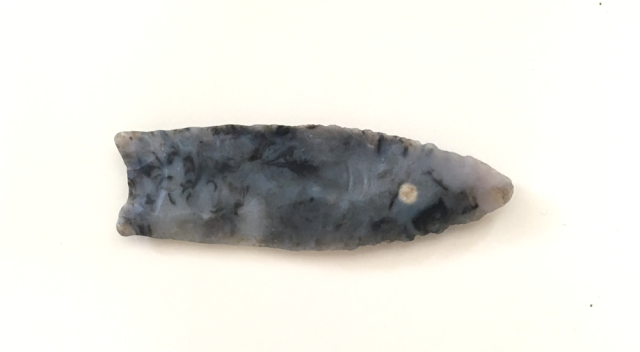 Above: A Clovis point (photo by the author).

“The interesting thing is when you look at a Clovis point like [this one] and demonstrate that it’s not 13,000 years old, and it’s not even from the Ice Age, that shows people were using them after the megafauna became extinct," Moratto told the Sonora Union Democrat.

However, the antiquity of this ancient paleoindian artifact is only one half of what makes this story so compelling.

The circumstances that led to its discovery in 1969 involved a Tuolumne woman named Laurie Sylwester, who was just 13 years old in 1969 when a vivid dream led her to the spot where she would eventually find the artifact. Upon awakening, she walked across the property on the farm where she was raised, and went to the same area by a stream that she had visited in her dream. There, she saw what appeared to be an arrowhead protruding from the bluish clay by the creek; fortunately, Sylwester had the presence of mind to note the exact location of her discovery.

As she told the Union Democrat, "This [discovery] was personally significant to me because I had a dream that directed me to it. I was its caretaker, and someday someone would be able to unfold the story behind it.” Little did she know at the moment she found the artifact that it would one day become a significant piece in solving the riddles of the mysterious first Americans.

I was told a story similar to this a number of years ago, by a woman employed with the North Carolina Association of Teachers whose former husband helped find an ancient Native American settlement after a strange, vivid dream he had.

According to the story, her ex husband (who was part Cherokee himself) had once visited a particularly serene spot by one of the many scenic rivers in Western North Carolina. As he stretched out on the riverbank, he calmly dosed off to the sound of the running water below, and began to dream of his surroundings. As he looked over to his left in the dream, there standing a short distance from him had been an ancient looking Native American man, who pointed toward an area on the hill just behind him, where the land protruded over a bend in the river. 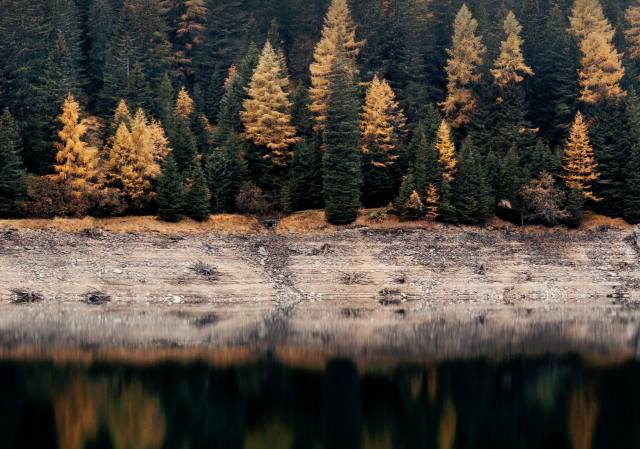 He suddenly awakened, and looking immediately over to the area where the man had stood in his dream, he saw what appeared to be the head of an axe protruding from the sand in the riverbank. He thus began to investigate the area, which had been laden with artifacts; the location was reported to the local university, and excavations revealed a former Cherokee habitation site.

According to Patrick McNamara, Ph.D., "The folk theme of a dream leading to riches by indicating where to find buried treasure is a very common folktale motif." Writing for Psychology Today last September, he recounted that, while there have been no serious scientific studies of dreams of this sort, there actually have been instances in related literature that seem to describe archaeological discoveries turning up as a result of things people dreamed about the past:

To my knowledge there are no controlled scientific studies of these dreams. Charles Stewart (Stewart, C (2003). "Dreams of Treasure, Temporality, Historicization and the Unconscious" Anthropological Theory December vol. 3 no. 4 481-500), has shown that dreams of treasure in Greece often contribute to the development of historical consciousness among Greeks, given that country’s illustrious past. For example, the treasure found in these dreams among Greeks often consists of discovering or digging up artifacts from Greek’s past. In cases where the artifacts are ancient Christian icons, the people may actually go digging looking for the icon. In at least one case an icon was found after a dream indicated where to dig. The site and the icon then became a holy site of pilgrimage.

If even for the sole fact that such "dreams of discovery" represent a folkloric component that spans numerous cultures, the concept of its occurrence is interesting. Of course, the further implication that the dreams have not only influenced the will of seekers in the past, but in at least some instances actually directed individuals to specific locations, is thought provoking.

Were dreams like these of incredible archaeological discoveries mere coincidences, or was there something more to the circumstances that led to such unusual circumstances? Coincidences or not, they certainly raise unique questions about the relationships between dreams and reality, and even their relationship (in a few instances) with the ancient past.