House of the Dead Found Between Stonehenge and Avebury

A popular philosophical exercise and party game starts by asking the question, “If you could travel back in time, who would you like to meet?” After the obvious #1 answer, relatives and well-known historical figures, the game gets harder. What people might you find down around #1000 on your list? An interesting figure might be the person who came up with the idea for Stonehenge or founded the settlement where they built it. While we don’t have a time machine yet (that we know of), we may be able to meet that person … or at least what’s left of them. Archeologists used aerial photography and geophysical imaging to scan a farmer’s field halfway between Stonehenge and Avebury and found what appears to be a House of the Dead – an ancient burial structure or long barrow covered by a dirt mound that is believed to date back to 3,600 BCE. 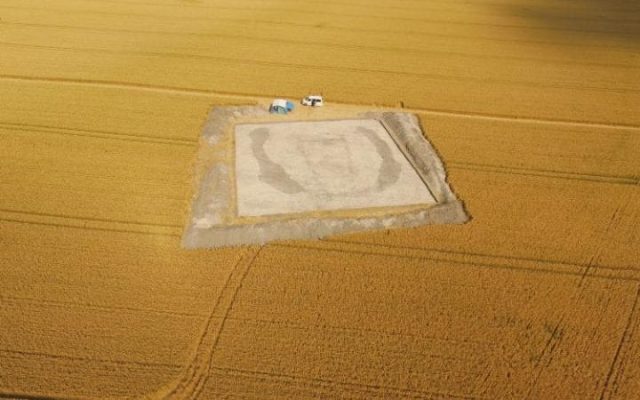 "This incredible discovery of one of the UK's first monuments offers a rare glimpse into this important period in history. We are setting foot inside a significant building that has lain forgotten and hidden for thousands of years."

While “House of the Dead” makes a better movie title, people like Amanda Clarke, co-director of the Archaeology Field School, call this site the Cat’s Brain Long Barrow. The existence of the trenches has been known for years but the presence of a building, or at least parts of it, containing such ancient remains could only have been identified with a drone. This being England and the site being so near to two major stone circles, the farmer gave up his field, which was carefully cleared to reveal the outline of the building between the trenches, which join at one end to form a U. 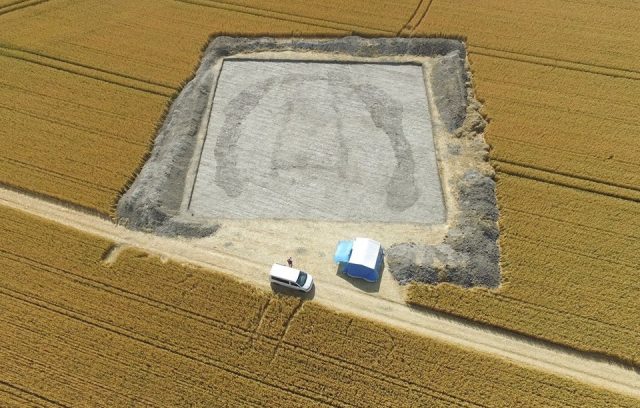 This discovery is so significant, excavation has begun to expose the building and recover artifacts and possible human remains. Based on preliminary dating, those remains would be of first settlers of the area and ancestors of the builders of Stonehenge and Avebury … and possibly more henges. You can’t throw a stone in this location without hitting a stone circle and the archeologists will also be working on uncovering the lesser-known but bigger Marden Henge or Hatfield Earthworks, the largest Neolithic henge in the UK.

If you could talk to the people buried in this House of the Dead, what would you ask them? What was the original purpose of these henges? Where did you get the stones? How did you build the circles? Did you have help from aliens?

Why is this area called Cat’s Brain? Can we use it for our band’s name?