In a Shed Behind His Mother’s Home, This Boy Scout Was Secretly Building a Nuclear Reactor

With popularity of cult television series the likes of Breaking Bad, it’s no surprise that people are generally fascinated by the idea of people whose interests cause them to lead double lives. Add to this the generally weird projects associated with amateur scientists and chemistry hobbyists (or, in the case of Walter White, the protagonist of Breaking Bad, the illegal ones), and you have a recipe for excitement as good as any flammable chemical concoction.

While the story of Walter White, his misadventures, and ultimate downfall are purely fictional, there actually have been similar circumstances in real life that have captured our imaginations. One such story had been the strange life of David Hahn, an Eagle Scout that, from an early age, held a passion for hobby chemistry.

His secret life, however, had been his ambition to build a homemade breeder reactor--from scratch--in a shed behind his mother's home.

Once seen as a potentially economical variety of nuclear reactor, “breeders” were called so because they produce more material capable of fission than they actually consumed during reactions. This, in essence, was due to having a high neutron economy, defined by a ratio between neutron production divided by fission production.

All talk of weighted averages and ratios aside, this particular type of nuclear reactor saw its heyday in the 1960s, after which most physicists began to see the limitations for benefit with such “breeder” reactors. Needless to say, by the time the 1990s rolled around, it was an odd thing for anyone to aspire to build… let alone attempt to do so with scratch material from around their homes.

That wasn't the case for Charles Hahn, however, who was just 17-years-old when he began to construct a crude breeder reactor where he lived in Commerce Township, Michigan, in 1994. A Boy Scout with an interest (like many boys) in pyrotechnics and science experiments, Hahn had enjoyed reading The Golden Book of Chemistry Experiments as a child, and as he grew older, began to undertake simple experiments himself, dabbling in hobby chemistry, which sometimes drew the attention of neighbors due to the small explosions that resulted from reactions occurring in his “secret” chemistry lab. 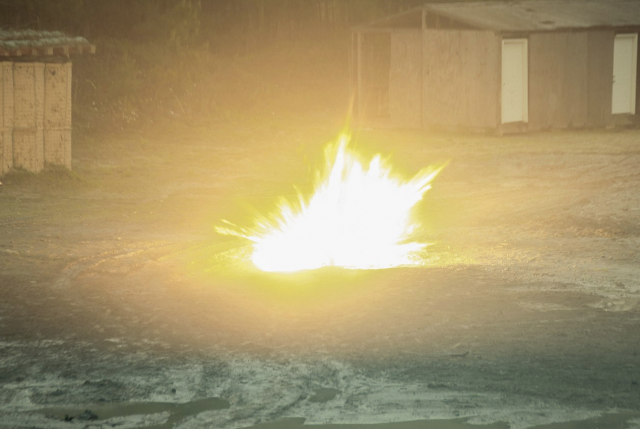 While most other Boy Scouts might undertake collection of things like stamps or insects, Hahn’s love of chemistry led him to undertake a most unusual scavenger hunt: he began to try and collect small samples of every element of the periodic table. This, of course, becomes problematic for any would-be collector with time, since many elements are radioactive.

Undeterred by the dangers presented by radioactivity, Hahn began to build his collection of radioactive materials from small quantities found in household items. A number of old watches and clocks, for instance, contained radium, while the collection of americium from smoke detectors, as time would tell, ultimately became something of an obsession for Hahn. The youth even managed to obtain tritium from gunsights.

The core of Hahn’s “reactor” consisted of a block of lead, which he hollowed out. Thorium he had collected from lantern mantles was reduced to ash, which required purification for use in the breeder reactor; to achieve this, Hahn spent in excess of $1000 on lithium batteries, from which he extracted their key component for use in the purification process.

The facility Hahn created behind his mother’s home was far from efficient, nor was it safe. Needless to say, the crude breeder reactor he had constructed came nowhere near reaching critical mass, but did contain enough radioactive material to pose a serious threat to anyone nearby. Seemingly aware of this, Hahn continued his dangerous hobby regardless, even going so far as to pose as a high school chemistry teacher or professor, corresponding with professionals in the field in order to obtain information about his project.

Finally, the dangers of Hahn’s makeshift reactor began to become unavoidable, with levels reaching as much as 1,000 times normal background radiation. By this time, Hahn was well aware of the dangers (and his present exposure to harmful radiation), and began to disassemble the “secret” facility in the family shed. Upon learning of what her son was doing, Hahn’s mother disposed of much of the radioactive material by throwing it out with the garbage (boy, talk about a toxic waste dump), fearing that she might lose her home if anyone found out what her son had been doing in the backyard.

Which is precisely what happened, though as a matter of chance, resulting from a traffic stop, during which unconventional materials observed in Hahn’s car drew the attention of the law enforcement officers. Hahn reportedly warned them that the materials were radioactive, which led to a Federal investigation and cleanup of the property by the Environmental Protection Agency.

The remaining radioactive cleanup at the site was buried at a containment site in Utah; Hahn went on to attain the rank of Eagle Scout shortly after his lab was destroyed. 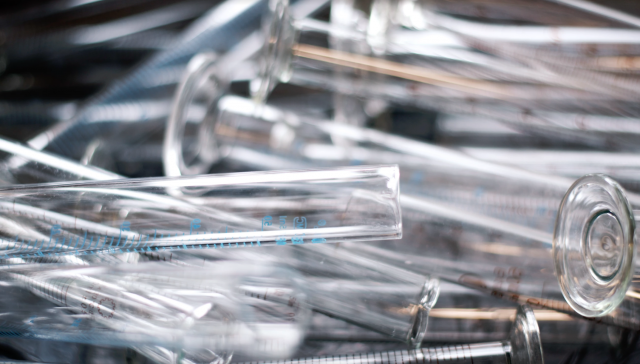 The story of “The Radioactive Boy Scout,” as he was dubbed in a 2004 book by writer Ken Silverstein, might sound like an entertaining, and at times even humorous tale of misadventure by an over-achieving youth. However, the experiments in his mother’s shed, and the ongoing obsession with chemistry and radioactive substances, would seem to haunt Hahn throughout his life. Following the destruction of his lab, circumstances his personal life seemed to worsen, and following a breakup, he was rocked by the suicide of his mother in 1996. After high school, Hahn was encouraged to pursue his chemistry passions through proper channels, but after enrolling in a metallurgy program at the local community college, he soon became disenchanted and stopped attending classes.

Hahn eventually went on to join the military, and eventually served aboard the USS Enterprise, a nuclear aircraft carrier, eventually attaining rank of petty officer, third class, as an interior communications specialist.

Twice during his life, Hahn was advised to undergo testing to determine how the exposure to radiation in an unprotected might have affected his health during his years as a hobbyist back home in Michigan. However, both times he refused to undergo medical analysis, despite the concern that his life may have been significantly shortened due to such exposure.

In 2007, at the age of 30, Hahn’s penchant for collecting radioactive materials finally caught up with him. In the apartment building where he lived, Hahn had secretly resumed his old habit of dismantling smoke detectors, presumably in order to extract americium from them. He was caught in the act, and subsequently charged with larceny, to which he plead guilty, and was sentenced to 90 days in jail. Hahn, however, was submitted to the psychiatric unit at Macomb County Jail for a period of time prior to his delayed sentence; it had previously been determined that Hahn suffered from paranoid schizophrenia and bipolar disorder, although each was treated with prescribed medication. At the time of his arrest, Hahn possessed a number of sores on his face and other parts of his body, presumably the result of his ongoing exposure to radioactivity since his teenage years.

In September 2016, more than two decades after the infamous destruction of his makeshift lab in Michigan, Hahn died at age 39, reportedly as a result of alcohol poisoning.

In the brief video below, Hahn was featured in a short documentary, explaining some of his unusual hobbies, along with the dangers associated with them:

“Despite growing up in an era of no-nukes activism, David wanted nothing more than to join the Curies in the annals of atomic history,” wrote Tim Rauschenberger in an article for the Christian Science Monitor. “That the radium they discovered eventually killed the Curies doesn't seem to have muted his enthusiasm.”

Indeed, despite the dangers associated with exposure to harmful radiation, Hahn maintained his unusual fascination throughout his short life, and like Pierre and Mary Curie, Hahn too will be remembered for the boyish, unsupervised adventures he carried out in his own personal nuclear world, as a teenager growing up in Michigan.