Move over Tom DeLonge – the singer/celebrity UFO club is getting crowded. While promoting her new album, “Rainbow,” singer/songwriter Kesha revealed that the music on it was inspired by her UFO encounter in Joshua Tree, California. At the same time, in an interview recorded shortly before his death, the rapper Prodigy discusses his own UFO and paranormal experiences.

“I was in Joshua Tree, totally sober, let me preface – completely f***ing sober … I think people would be like, ‘She was on acid’ or something. I wasn’t. I was on nothing. I was a totally sober Sally, just a lady in the desert. I look up in the sky and there’s a bunch of spaceships.”

“Totally Sober Sally” sounds like a designated driver, not a UFO witness – especially one in the music business – but that’s how Kesha describes it in a recent interview on the Zach Sang Show.

“I swear to God, there were like five to seven, and I don’t know why I didn’t like try to take a picture of it – I just looked at it. I was sitting on a rock, and I was like, ‘What in the hell is that?’ I was trying to figure it out, and then they went away.”

No cellphone pictures … aw, Kesha. It’s hard to believe she didn’t take out her phone at that point and text someone “OMFG UFO!” At least then she would have had it ready for this:

“And then they came back. They came back in a different formation than the one they were in previously. I was like, ‘Those are f***ing aliens.’ They were spaceships!”

While she didn’t get a picture, Kesha did get inspiration for her new CD and especially for the album art and one song called “Spaceship.” 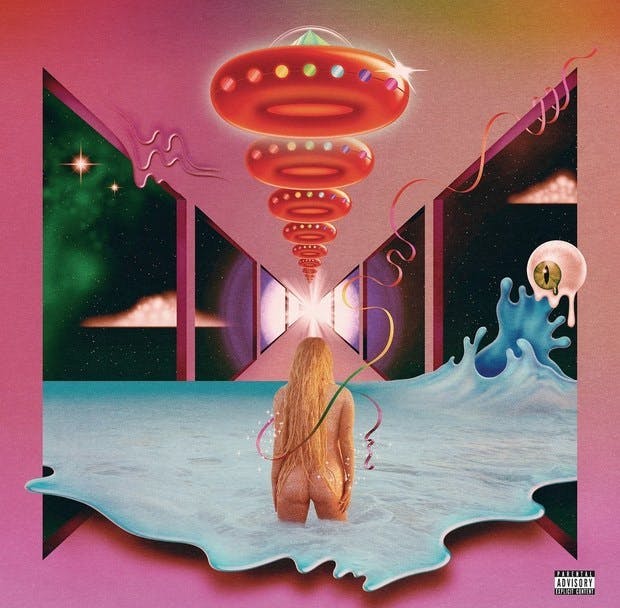 In a moving interview with Viceland before his death from sickle-cell anemia on June 20, Mo Depp MC Prodigy talked about an incident when a UFO hovered over his house.

“It came over my house. Just started shining lights in our bedroom. The whole neighborhood blacked out at first. And then I looked out the window and looked down the block and all the power was out. At first, it was a white light and I thought it was a police helicopter looking for somebody outside, and then all these colored lights started coming into the room and it was dead quiet. All these lights were changing many colors. It was pretty significant, man. It was undeniable. And it became because I was asking for it to come.”

He also briefly touched on this in My Infamous Life: The Autobiography of Mobb Deep's Prodigy, where he mentions that his wife, Kiki Johnson, was also there. Prodigy had apparently been asking for a sign and wrote that he believed this was it.

“The UFO came to my house to show me the light, as if to say, "Wake up, nikka! Snap out of it! We are real and you are important to us! Okay, we gotta go for now, hope you're ready when we come back!"

In the Viceland interview, Prodigy also talks about his encounter with what he believes was the grim reaper at a time when, like Kesha, he was cold sober.

“When I laid down to go to sleep, you know, all of the lights were off in my room, and I’m laying there and a black shadow walk across my room. And it looked like—the only way I can describe it [as looking] like is the Black Spider-Man. And I woke up the next morning—the pain woke me up. I [hadn’t] been sick in six years. And I was in so much pain I had to get carried to the hospital. I knew what happened automatically, I already knew what it was. I already knew what that black shadow was.”

While it’s easy to connect experiences like these by music stars to drug use, it may also be that the minds of highly creative people are naturally open to more than the average person can see or experience. If the UFOs are bearing aliens, perhaps they can see that these musicians and artists are better equipped mentally and even spiritually for communications.

That doesn’t excuse Totally Sober Sally from not getting any pictures.