Lost Cities and Forgotten Civilizations: The Search For Clues to a Past Unknown

It is often said of history that we look to the past, so that future generations will not repeat the same mistakes of our forebears. Although there is indeed much more to the study of history than a survey of humankind's failings, perhaps nothing  about the ancient past fascinates the modern mind quite like the allure of lost civilizations.

Numerous examples of magnificent, and even advanced groups alleged to have existed in ancient times, have echoed throughout time as curiosities; anachronisms that pressed scholars to understand if the technological prowess we possess today might not be something that once existed, if only for a time, thousands of years ago. More often than not, evidence for "advanced" civilizations in ancient times has fallen short; nonetheless, the quest for lost cities in regions of the world forgotten by time is in itself a fascinating endeavor.

Back in June, a team of British archaeologists uncovered the remnants of one such “lost city”, located at Harlaa, Ethiopia. The 10th century site featured an ancient mosque, along with evidence of Islamic burials and headstones. It is reported that the ancient city site was once believed to be the home of giants.

However, perhaps one of the most intriguing discoveries at the site had been instances of pottery from other regions, including China and Yemen, as well as ancient Egyptian currencies, all of which points to broader networks of trade between these early groups that once thought.

It is the discovery of such locations, and the new information about early peoples that they bring, which fascinate us about the ancient world. However, much of our fascination with the past has to do with those things which remain mysterious, fueling speculation about lost cities, or even civilizations that may have once existed, and suddenly fell at the hands of ancient cataclysms.

The penultimate “lost civilization” of yore, Atlantis remains a mystery to modern scholars; if not for the question of whether or not it existed, then at least as a question of what, precisely, Plato was describing when he wrote about it. All we know of Atlantis in modern times is based on a fragmentary document, Critias, though Atlantis is briefly introduced in Plato’s Timaeus. Here, Plato discusses Atlantis as a massive island, where ancient kings once reigned during a period some 9,000 years in advance of the authoring of Critias. 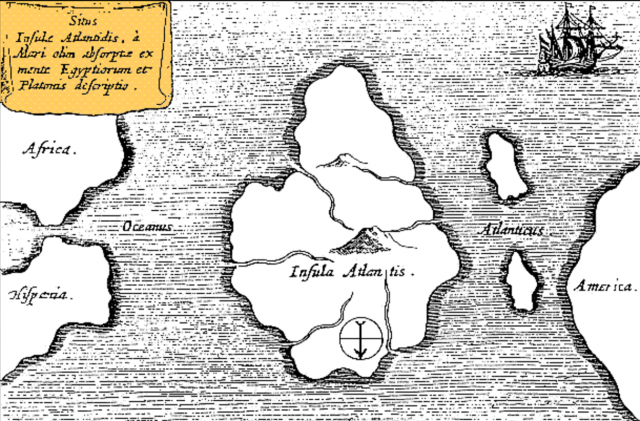 Plato describes a war which occurred in the ancient past at the Strait of Gibraltar, between groups herein, and those hailing from beyond the Pillars of Hercules. It was said the rulers of Atlantis were in possession of the land within the Pillars of Hercules (which equate to modern day Libya), all the way to Egypt and Tyrrhenia, and all dwelling within were subjected to servitude. Athens waged war against the Atlanteans, in an effort to liberate the people being subjected to slavery throughout the region.

Scholars widely believe that the references to Atlantis were allegorical, rather than a rich retelling of an ancient civilization engaged in conquest and warfare thousands of years ago. Some debate remains as to whether there had indeed been a real-life inspiration, upon which Plato might have based the legend; theories often involve the volcanic destruction of the ancient Thera (the Santorini Islands, as they are known today), and the widespread destruction resulting  from this event, which occurred around 1540 BCE. 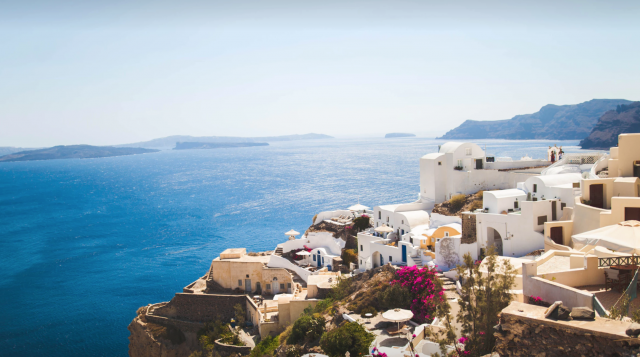 Above: Santorini as it is appears today

There is perhaps no site that has quite managed to invigorate the debate over the skill and advancement of ancient people than Gobekli Tepe. Located in Turkey's Anatolia region, the site came into existence approximately 11,500 years ago, which places its creation during a period in which it has largely been assumed that humans were nomadic, hunter gatherers.

In contrast to this long-held notion, Gobeki Tepe clearly displays stone workmanship, architectural prowess and general artistry that far exceeds anything of similar antiquity. This, in part, led Klaus Schmidt, the German archaeologist who led digs at the site between the mid 1990s, up until his death in 2014, to believe the site held ceremonial significance, and that its mountaintop location served as a sanctuary, rather than an actual settlement site. 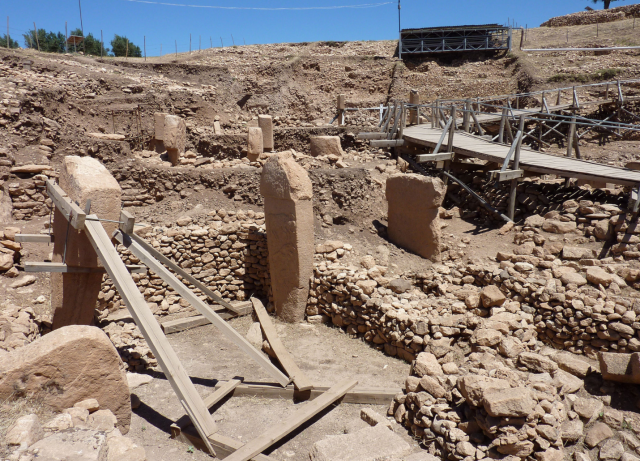 Apart from its impressive age, Gobekli Tepe has offered plenty else in the way of controversy. Most recently, it was reported that evidence of an ancient, neolithic "skull cult" had been found during ongoing excavations. Alternative researchers like Graham Hancock have asserted that Gobekli Tepe may offer evidence for technological knowledge that existed long ago. While not directly insinuating a connection to the mythical Atlantis, Hancock does speculate that Gobekli Tepe could be evidence for the existence of an earlier group, whose knowledge is perhaps evidenced in the site's architecture and symbolism.

Earlier this year, a study carried out by researcher Martin Sweatman of the University of Edinburgh’s School of Engineering posited that the carvings on stone slabs, which are prominent at Gobekli Tepe, might represent the story of an extraterrestrial impact that occurred around 11,000 BC. The study was featured in the journal Mediterranean Archaeology and Archaeometry.

The Lost City of Z

Lost cities and forgotten civilizations aren't relegated exclusively to the old world. During the early part of the last century, one of the fabled lost metropolises to have captured the imagination was said to have existed in the heart of the Amazon jungle, at least if one intrepid explorer is to be believed.

British adventurer Percy Fawcett was already famous for his exploits in the Amazon jungle by the time he launched what would be his final expedition: a search for a fabled lost city which he called "Z." This location, as Fawcett came to believe, was a supposed city that had existed at one time in the jungles around Mato Grosso, Brazil. While it was unclear whether the civilization still existed, Fawcett at least hoped to find evidence of it, based on his readings of an unusual document in the National Library at Rio de Janeiro, which came to be known as "Manuscript 512". This document was supposedly authored by a Portuguese fortune hunter, João da Silva Guimarães, chronicling part of his journeys through the region in 1753. In the manuscript, da Silva describes a ruined, ancient city featuring a number of marvelous architectural elements, as well as mysterious hieroglyphics. However, no distinct location for this alleged site was given. 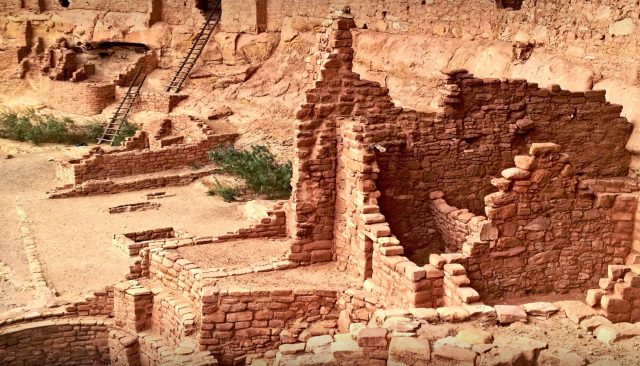 Fawcett's search for the fabled lost cities of the Amazon were hindered by the outbreak of World War I, and in 1925, the explorer set out in a small party of three individuals, including his son, all of whom vanished and were believed to have died in pursuit of The Lost City of Z. Fawcett's perilous quest to find evidence of a lost civilization in the heart of the Amazon was chronicled by journalist David Grann in his book, The Lost City of Z, which was subsequently made into a film of the same name.

The allure of civilizations that might have come and gone, forgotten by time, was enough to drive men like Percy Fawcett, and countless others before and after him, to their graves. It is a search which, for many, becomes an obsession, and the past always drives hard bargains when it comes to giving up her mysteries. Hence, much of the ancient narrative involving humanity's past is obscure to us today, and with little doubt, so shall it remain.

Release of Secret Data May Reveal Location of MH370 Wreckage