More About Those Mysterious Pterodactyls

As a follow-up to my recent article on the strange (very strange...) saga of the alleged pterodactyl seen in the skies of northern England in the 1982-1983 period, I thought I would continue with a few more examples of such alleged beasts in our midst. A startling encounter with a large flying creature – far bigger than anything officially known to exist today – occurred in the piney woods of East Texas in late 1964. The source of the story chose to remain anonymous, which is understandable, as not everyone wants the world to know they have been confronted by a monster. Nevertheless, it’s a story that was studied carefully by Texas cryptozoologist, Ken Gerhard. He finds it to be highly credible – given that it accords closely with other, similar cases he has studied, in the Lone Star State and in Mexico and Central America. At the time of the encounter, the source was just fifteen years of age. Most people have traumatic moments during their teenage years. Very few are like this, however. Ken was told:

“I was on Thanksgiving break from school, out snake hunting along Pine Island Bayou. I was standing along the bank of the bayou facing north when I looked up and to my right (east) only to see, at a distance of roughly 100 yards away, a positively huge bird flying from south to north. It was approximately flying at a height of 150 feet and I was able to observe its flight for a total of one minute or so before it disappeared into a cloud bank.” 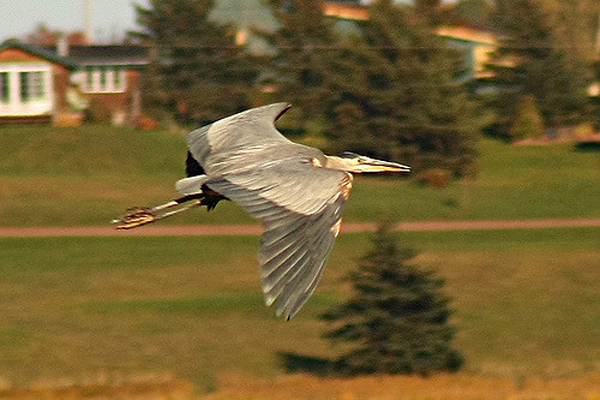 The man continued that the animal was, “a light plum color, normally feathered, wingspan estimated at 10-20 feet (bigger, longer than anything I’ve ever seen on any living, known bird), grayish clawed feet and grayish beak. In profile it resembled a pterodactyl more so than any bird I am familiar with either in movies, pictures, real life or drawings of same. Its wings moved methodically with an economy of motion which barely seemed fluid enough to support its weight or keep it in motion, let alone airborne. Its wings when spread, had an almost skeletal semi-transparency about them.” Moving on from the 1960s to the 1970s...

By the end of the first week in March 1975, numerous farm animals had been found dead under mysterious circumstances in Moca, Puerto Rico. The mysterious attacker became infamously known as the Moca Vampire. It was in the same week that an important development was made: the blood-sucking culprit was finally seen, up close and personal, so to speak. The witness was a woman named Maria Acevedo, who caught sight a monstrously-sized, screaming and screeching winged beast that landed atop her home, and which clambered about her zinc roof, making an almighty racket in the process. And it was clearly no normal bird: around four to five feet in height, it was described by some who saw the creature in the days ahead as a pterodactyl. And, now, into the 21st century. 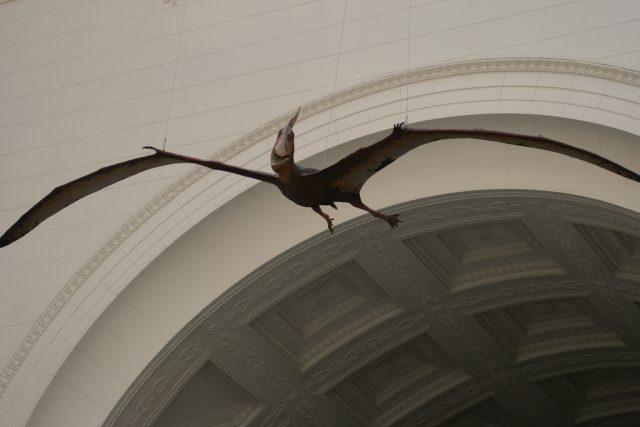 In the latter part of 2006, I had the good fortune to meet with a Las Vegas, Nevada-based bus-driver names James, who had a remarkable encounter with a massive, winged beast in the deserts outside of town, in November 2003. James was careful - in fact, very careful - about how much he said. This was specifically due to the fact that at the time of his encounter he was high on Lophophora williamsii, which is far more famously known as peyote. And, the last thing he wanted was to get into distinctly hot water with his employers at the bus company. Nevertheless, he did relate the significant portions of the affair. Those portions alone tell a fantastic story.

With the above in mind, some readers might assume or conclude that James’ encounter with the monster-bird was due to nothing than the effects of peyote. Well, that is exactly what James believes. It’s very important to note, however, he is not of the opinion that the peyote made him hallucinate the entire experience. Rather, he is of the opinion that the Divine Cactus opened a portal – or a doorway, perhaps – that gave him a brief glimpse into a magical realm that co-exists with ours. One which, in a normal state of mind, we cannot access. In simple terms: what we might justifiably call another dimension.

Equally intriguing was the specific location of the sighting: the Valley of Fire, which is Nevada’s oldest state-park, and situated around fifty miles from downtown Las Vegas and which has an elevation in excess of 2,000 feet. It’s an area with a long and rich history attached to it, too. Certainly, as far back as approximately 300 BC it was home to the Anasazi people, who farmed the nearby Moapa Valley. Now, with the scene firmly set, let’s take a look at what, exactly, James had to say.

He explained to me that at the time in question he was chilling out on a rocky ridge when, as the effects of the peyote took firm hold of both his mind and his body, something totally unforeseen occurred. It was something just about as awe-inspiring as it was terrifying. As James stared across the panoramic landscape, his attention was suddenly caught by the sight of something of significant size flying directly towards him. While the object was still at a distance, his first thoughts were that it had to be something along the lines of a hang-glider or a microlight. As it got closer, however, James realized that it was neither. It was something way stranger.

What James encountered – and which glided directly over him at a height of around eighty or ninety feet – was a huge, winged animal, completely black in color, and not unlike a long extinct pterodactyl. As James told me, just about everyone knows what a pterodactyl looks like. Of course, the big problem was: how could such an immense, long dead animal cruise the skies of Nevada in the early years of the 21st century? The only answer he had was: the peyote, and the possibility that it allowed him a glimpse of something that few of us ever get to experience; at least not in a normal state of consciousness.

It's difficult to know what to do with these reports of the pterodactyl-type. They stretch credibility not just to its limits, but way beyond. In many respects, they are utterly ridiculous, when one thinks about them carefully. Yet, countless people do claim to have seen such things. Answers? There are none - unless you relegate them all to the realms of hoaxing and mistaken identity, which I don't.