Here’s some good news for those shaking their heads in disbelief at the unfolding stories out of Peru about the five (so far) 3-fingered, long-skulled mummies being touted as anything from 3-fingered, long-skulled mummies to aliens. The world’s leading authorities on mummies have come out with an official statement (well, as official as a statement on Facebook can be), and they're not buying any of the possibilities and predictions put out by paranormal journalist Jamie Maussan and his friends at Gaia.com who are said to be conducting studies on the mummies, including DNA testing.

The experts in this case are mummy researchers from around the world who have been meeting about every four years for a World Congress on Mummy Studies to discuss new technology, mummy conservation and the controversial subject of having human remains as part of museum exhibits and collections. Coincidentally, the 9th World Congress on Mummy Studies was held in Peru last August and that country’s legitimate mummies, mummy collections and mummy research were discussed. 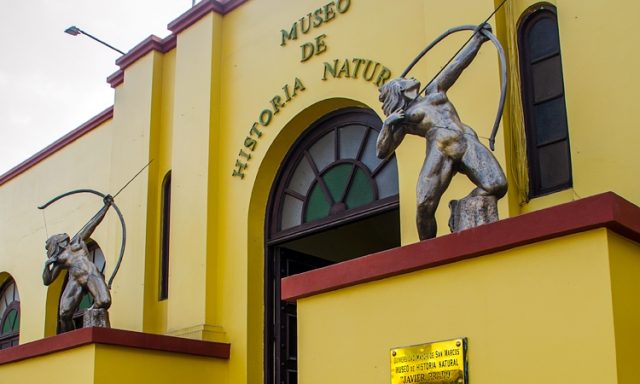 One of those researchers, Rodolfo Salas-Gismondi of the Department of Vertebrate Paleontology at the Natural History Museum in Lima, had this to say in an interview about what he saw in the Gaia presentations so far:

"Based on the X-ray of this hand and using basic comparative anatomy, I identify the bones that make it up and show that, one, the hand is formed by at least two human individuals and, two, that each finger has two human metacarpals - an absolute anatomical and evolutionary aberration. This is not an opinion, it is the result of anatomical-comparative analysis. This shameless assembly is the scientific evidence that Maussan's team defends as authentic. I simply can not bear to put up a lie of this magnitude through the manipulation of scientific evidence.”

The English translation of the Spanish language “Declaration Of The Scientific Community Regarding The Fraud Of Extraterrestrial Mummies” (no question what their conclusion is) on Facebook gets right to the point as well:

“In the last few months, the alleged discovery of "extraterrestrial mummies" in our country has been publicized through an irresponsible, organized disinformation campaign.”

After looking at the X-rays of the mummies, the Congress concludes that what is inside are undoubtedly:

“… pre-Columbian human remains - Cultural Patrimony of the Nation -, maliciously manipulated and even mutilated to obtain an 'ad hoc' appearance for commercial exploitation.”

In case you haven’t been keeping up, Gaia.com is charging fees to watch the video series showing the study of the mummies. The members of the Congress work hard to stop the looting and trafficking of human remains, which they believe this is. Not only does it break the law, the Congress sees it as a worse offense:

“… the criminal abuse of corpses for petty ends violates human dignity in a profound way. Thus, exploitation of pre-Columbian mummies carried out by this organization, attacks and particularly offends the Andean Culture, implying that its achievements were due to an alleged 'alien aid'.”

Will this declaration stop Jamie Maussan and Gaia.com from continuing with their pay-to-view series and so-called scientific study? Probably not. One Facebook post doesn’t have that kind of power ... does it?

If it did, we’d be ignoring this story and paying homage to the kitten and meerkat gods.