Murders Most Mysterious: Were These Deaths Caused By Unrecognized Species?

For years now, the curious-minded have had plentiful access to documentaries, television shows, and countless books on the subject of cryptozoology. Animals said to exist (at least by those who have seen them), but as-yet unproven by science have long captivated our imaginations; add to that the discovery of so-called “living fossils” the likes of the coelacanth, and the chances that some “mystery monsters” might be holdovers from an earlier time seems all the more likely, further lending plausibility to their existence.

While we do hear of stories from time to time about new animals that are discovered, seldom do we hear of fatal encounters with unusual or unidentified animals.

This isn’t without cause, of course. If a person were to die mysteriously as a result of interactions with some unknown animal, a number of criteria would have to be met in order to even prove what caused their death. For instance, there would likely have to be witnesses to the event, or even traceable evidence on the body of the deceased (in the form of genetic information retrieved from blood, saliva, etc).

Needless to say, to date there is no such evidence, scientifically speaking, which supports the idea that a person died after an interaction with a mysterious, unidentified creature. Nonetheless, there are some rather unusual stories that turn up in the annals of cryptozoology from time to time, which have at least caused us to wonder.

One of the earliest circumstances on record which involved an alleged killing at the hands of a “mystery beast” was reported by none other than Teddy Roosevelt, in his 1892 book The Wilderness Hunter. This book has become famous in certain circles over the years, for the fact that it appears to insinuate that a person was killed by a Bigfoot. 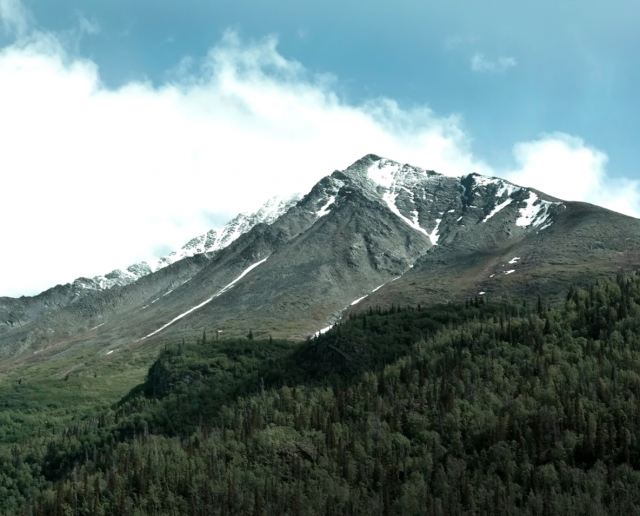 The story Roosevelt recounted goes something like this: A trapper by the name of Bauman and his partner were on a wilderness venture, when they set up camp in a particular remote area near Montana’s Wisdom River. For a number of subsequent nights, the trappers noticed that their camp had been tampered with while they were away; strange noises emanating from the forest nearby similarly warned of a large creature—seemingly one on two legs—that lurked around their campsite.

Finally, after a few nights of these eerie encounters, Bauman and his company decided to vacate the premises, each man taking off separately to go and round up his traps and other fittings. Bauman returned to the campsite, but instead of finding his friend packing the remainder of his gear, discovered something horrible instead: his partner’s mutilated body, in still campsite. The man's neck was broken, and displaying bite marks from some powerful animal. This, however, had not been the only evidence of a struggle with something terrible; the bare footprints of something large, and seemingly human, were scattered about the campsite, which Bauman abandoned with haste upon this awful discovery.

It is hard to tell whether the Bauman story was purely apocryphal, or perhaps some exaggerated account of real-life events (and this, even despite its well-regarded author). However, similar stories have surfaced over the years, at least one of which, in modern times, continues to perplex researchers involved. One which certainly qualifies occurred on October 2, 1999, when a young child named Jaryd Atadero disappeared while hiking with his family near Big South Trail in Podure Canyon, Colorado. Upon discovery of sparse remains, which included a tooth and part of a cranium (along with clothing believed to have belonged to the child), DNA testing of the remains produced rather unusual results.

According to researcher David Paulides, who authored the Missing 411 series, and who extensively studied the Atadero case:

“The sheriff sent the tooth and the top of the cranium to the Colorado Bureau of Investigation for DNA analysis. They also sent all of the clothing to the bureau to locate blood. They didn’t find any blood on any of the clothing. The CBI stated that the cranium had degraded DNA, causing the 85% return, but a DNA expert from Ohio told Allyn at a later date that the tooth was contaminated with more than one person’s DNA. Personally, I have no idea what they mean. All DNA experts know that you cleanse the item prior to testing to eliminate any contamination. The sheriff also sent the hair they collected off Jaryd’s collar to the lab. They told Allyn that the hairs were non-human and not Mountain lion and not to worry about it.”

Paulides discussed this incident in depth in a post at his CanAm Missing webpage (an article that's well-deserving of a thorough read by those interested in this case, and similar cases). 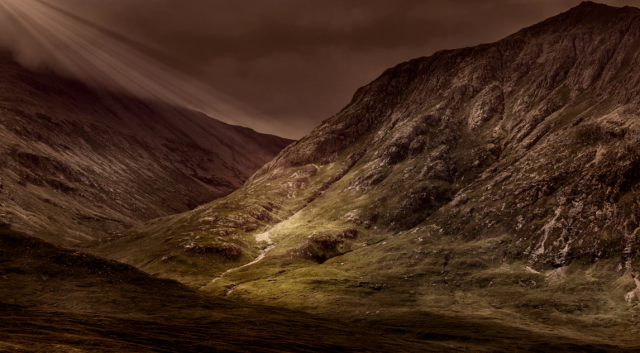 It is widely believed, and maintained by law enforcement, that Jaryd's tragic death resulted from an encounter with a mountain lion. His father Allyn maintains that "an abduction leading to foul play" could have also been involved. Whatever the case, there seems to be plenty of question pertaining to the troubling incident, and whether in this instance it was indeed an animal, or a man that was responsible.

What is arguably one of the most unusual cases that led to mysterious deaths of this sort occurred on March 24, 1962 off the coast of Florida. The incident involved a man named Edward Brian McCleary, who along with several friends had been diving around a wrecked ship, the U.S.S. Massachusetts, near Pensacola, Florida. At some point that evening, a sudden storm arrived in the area, causing a heavy fog to set in.

Shortly thereafter, the group of young men purportedly saw what resembled, “a telephone pole about ten feet high with a bulb on top” protruding from the water amidst the fog. It soon became apparent that this “object” had been the long neck and head of a large, serpent-like animal, which attacked the group.
According to McCleary’s account:

“The neck was about 12 feet long, brownish-green and smooth looking. The head was like that of a sea-turtle, except more elongated with teeth. There appeared to be what looked like a dorsal fin when it dove under for the last time. Also, as best I am able to recall, the eyes were green with oval pupils.”

It was said that this massive, aquatic creature murdered McCleary’s companions; he managed to survive by reaching a portion of the mast of the wreckage, which still protruded from the ocean water. McCleary claims he waited there, horrified, until daylight before he finally swam to shore. 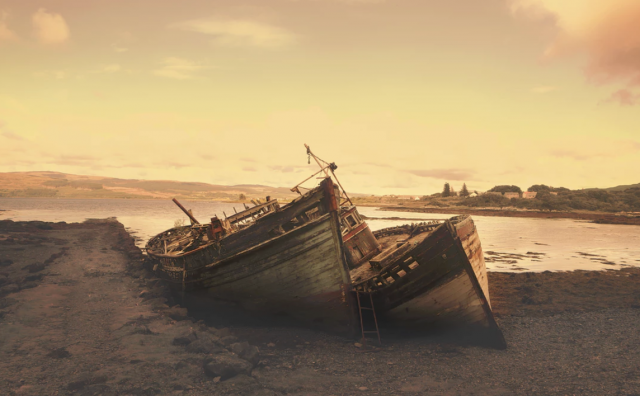 While McCleary’s remarkable account seems more resemblant of a horror movie than anything expected in real life, there are a number of verifiable facts relating to this incident. Not only does the wreckage of the U.S.S. Massachusetts exist, but the actual recovery of one of the bodies of his deceased friends was reported in local newspapers around that time; no bite marks, nor anything indicative of a sea serpent attack was evident, the cause of death instead seeming to be drowning.

McCleary, who still lives in Florida to this day, is reticent as far as discussing the incident, though certain articles and other media have suggested he has suffered long-term anxiety, and other issues resulting from the situation which led to the death of his friends back in 1962... whatever it was that happened to them that night.

It is easy to dismiss a story like McCleary's, on the simple grounds that he and his friends couldn't have been attacked by such a "sea monster," since it is taken for granted that no such creature exists. In recent posts here at Mysterious Universe, I have discussed in depth my own investigations into an incident, in which a number of individuals observed a large, snake-like creature swimming off the coast of Stinson Beach on Halloween Day in 1983. If the existence of an animal like this were to be proven, perhaps testimony given by those like McCleary and others would indeed be worthy of further consideration.

Whether any of these incidents can be counted as verifiable cases where people were killed at the hands of as-yet undiscovered animal species is anyone's guess. Nonetheless, the possibility that mankind's encounters with elements of our wild world, and perhaps those which have not yet been accounted for, remains... however unsettling that may be for those willing to entertain the thought.

Secret Tunnel to the Underworld Found Under Mexican Pyramid