If this account is true, “getting stoned” just got a new meaning. A family in Zimbabwe claims they’re being pelted nightly by stones. The rocks have been falling mysteriously from the sky for months and are not just damaging their house but have caused physical injuries to their adult daughters. Ghosts? Meteors? Angry birds? Spurned boyfriends?

“I do not know what wrong I have done to deserve such pain and mysterious occurrences in my family. We would like to appeal for anyone who can help but from the manifestations of my daughter and previous experiences, this will need someone strong.”

Philip Chiviru says he’s been unable to determine what’s causing the strange occurrences at his house in Chinhoyi, a town on the Manyame River in central northern Zimbabwe near Harare, the country’s capital. Chiviru claims the falling stones were preceded in May by falling clothing. That’s right … the family was waking up to find bags of clothing in the yard. A case of a wrong address posted somewhere for a charity drop-off? 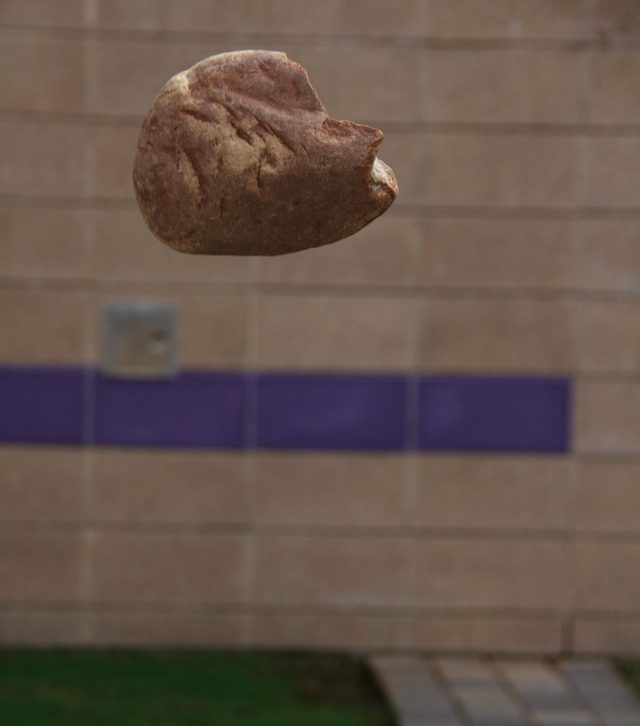 That might have made sense if the mysterious bags had not been replaced by falling rocks. Chiviru told the local news media that the falling rocks have occasionally broken windows, but the family has also found piles of stones inside the house with no explanation of how they got their. Neighbors confirm hearing strange loud bangs coming from the house but they haven’t found stones nor seen dents in the roof.

“Currently, the attacks are mostly targeted at my 19-year-old daughter.”

Chiviru’s wife Tabitha says the first falling rocks hit their 22-year-old daughter Concilia, but the younger daughter Shamiso has now become the main target. This makes the story sound more like the revenge of jilted boyfriends but, instead of opening the window and yelling, Philip Chiviru says he built a metal umbrella to protect Shamiso inside the house from something he believes is the real cause of the stonings. That didn’t help, as two rocks hit her anyway and left a strange message, said the father.

“ … when I looked at the sheet, there were two footprints, the size of my small finger.”

Is Shamiso possessed or being tormented by a spirit? The family says the attacks cause her to faint and be comatose for hours. Prior to the attacks, they claim to have heard a strong wind and Shamiso struggles as if “something forceful like a snake moves inside her stomach almost as if to squeeze her heart and lungs.” They also report finding furniture moved and feces mixed in their food supply.

Local religious leaders have supposedly visited the house and attempted to stop the strange activity, but a spirit pot buried on the property was found dug up. The media report also states that some of these religious leaders left after also being hit by stones. 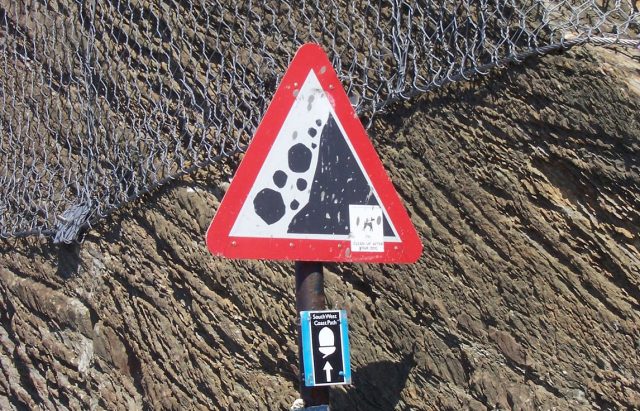 As with many of these accounts, there are as many holes in it as there are holes allegedly caused by the stones and whatever is flinging them. Why is there no police report? Do the neighbors ever look out their windows? Does anyone have a smartphone? Why did the bags of clothes suddenly get replaced by stones? What happened to the tiny footprints? Did anyone interview the religious leaders? Does anyone have a smartphone?

For now, it’s an interesting story that sounds more like an evil prankster than an evil spirit. If only someone had a smartphone.

This Unusual “Pink Sky” May Appear Before Some Earthquakes, Studies Suggest