Mysterious Green Puppy Has Some Looking for Canine Aliens

A dog owner in Scotland got a shock when, while helping her dog give birth, one of the puppies came out bright green. Not ripe yet? Was the pooch's mama seeing an Irish setter? An alien dog? Has anyone spotted Marvin the Martian’s best friend K-9 in the neighborhood?

“It was all hands on deck but then as the puppies started to arrive, we noticed that one of the puppies had green fur. We couldn’t believe it.”

Louise Sutherland of Golspie in the Highlands pulled the green puppy out of Rio, her golden retriever who was delivering her second litter. Eight of the nine puppies survived (seven males, one female) but this was the only pea-colored one. Louise decided to give the others away but keep the green guy, giving him the hue-appropriate moniker Forest (was Lief taken?), even though she had no idea why he was green. Is this what happens when dogs eat grass and don’t barf it back up?

Dogs aren’t the only animals with biliverdin. High concentrations of it are found in blue or green eggshells – we’re looking at you, robins. This is apparently a good thing in birds as the biliverdin is produced by a gland rather than a random breakdown in hemoglobin. In fact, the bile plays a role in the greening of green-scaled fish, green butterflies, the tobacco hornworm and other greenish creatures. 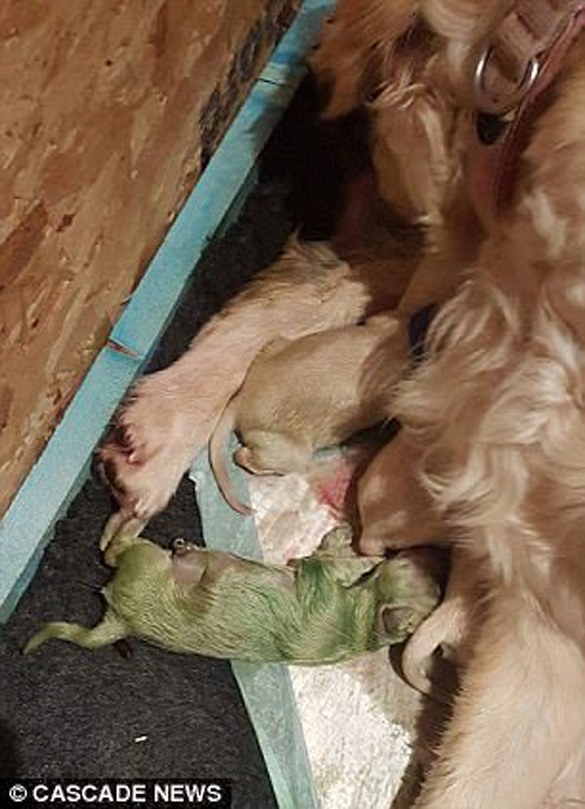 Before you breathe a sigh of relief that only dogs can have green babies, humans also have biliverdin and you’ve probably seen yours. When a human bumps into an inanimate object, the bruise often has a green hue before turning yellow – that’s green biliverdin from the breakdown of hemoglodin before it itself breaks down into the yellowish bilirubin.

Before you have a breakdown, there’s no chance of having green human babies, at least not from biliverdin. The 12th century Green Children of Woolpit, a brother and sister who were said to be green, were probably victims of chlorosis, a condition caused by a diet deficient in iron that gave their skin a greenish tint that would eventually disappear with better food.

Which brings us back to Forest. There’s no need for kids in the neighborhood to yell “Run, Forest, run!” when they see UFOs shining spotlights on local doghouses. Forest’s green color faded quickly and he’s now just as golden as his mom and siblings.

That “whoosh” you hear is K-9 breathing a sigh of relief. 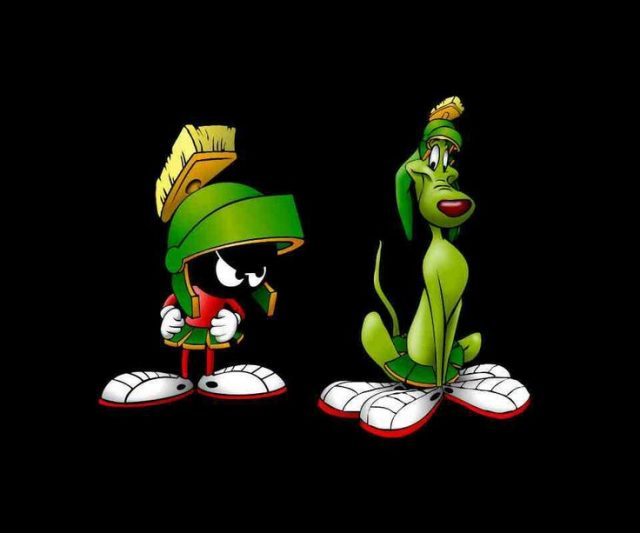 Peruvian Mummy Update — And Then There Were Five