Sometimes the quest to find the identity of a mysterious thing is more interesting than the thing itself. This may be one of those times. In 1962, a strange-looking box was found hanging under an old parachute from the branch of a tree in a forest in New Brunswick on the eastern coast of Canada. After the finder notified the authorities, the box was taken down and brought to his farm. Before the finder could inspect it, the Canadian military attempted to steal it, then ordered the man to turn it over with the promise that all would be explained if he cooperated. He did … they didn’t. The finder is deceased but his family has finally been told what the mysterious box was … not by the Canadian military but via new-declassified documents from the Central Intelligence Agency. The CIA? What IS this ‘thing’? 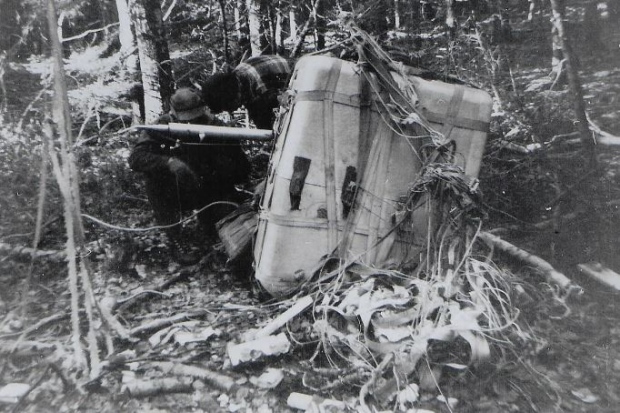 The story begins in 1962 when David McPherson Sr. found the box and the parachute in the Lutes Mountain near Moncton. His son, David McPherson Jr., told CBC News that his father took 24 black-and-white photographs of what they referred to as “the thing” – a hefty 181 kg (400 pound) white box. It’s a good thing he did because a handwritten account from Lois, McPherson Sr.’s wife, of what happened next tells the unbelievable twist of the military trying to steal the box from the farm. McPherson Sr. wisely gave it up when they made him an offer of full disclosure. For the next fifty-five years, the family preserved the pictures and note in a scrapbook and waited.

While requests for information from the Canadian Department of National Defence when unanswered, a recent CBC story about the 55-year-old mystery finally led David McPherson Jr. to an answer. Specifically, someone who read the account pointed him to declassified documents and photos on the CIA website which showed the box was spy camera. But not just any spy camera … a Cold War surveillance camera from the U.S. that was suspended from a high altitude weather balloon to spy on the Soviet Union.

This all sounds like Project Genetrix or WS-119L, a USAF program authorized by President Eisenhower to spy on the Soviet Union, China and Eastern Europe with pre-satellite-era cameras placed far above the reaches of aircraft at altitudes of 50,000–100,000 feet suspended from balloons made by General Mills. 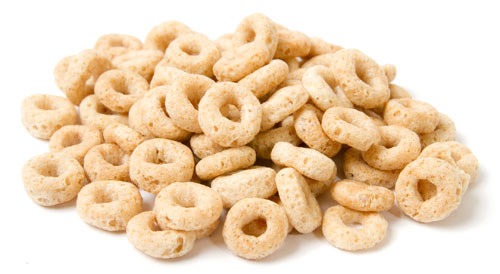 That’s right. In 1946 General Mills established its Aeronautical Research Division to develop the Skyhook Balloons for the U.S. military. A different division developed submersible crafts for deep-sea exploration missions. Fortunately, the company later went back to doing what it did best … making Cheerios, Cocoa Puffs and Lucky Charms.

Did cereal have anything to do with the secrecy surrounding the box? Not likely. It appears the camera’s balloon got caught in a draft and blew across the Pacific and all the way across Canada before finally downing near the McPherson farm.

So the military wanted the camera because it had secret photos of our Cold War enemies, right? Good guess, but no cigar. Stratospheric balloon Luis Pacheco contacted the CBC after seeing thee story and said that the spy cameras were orange so that they could be found easily when brought back to Earth; This one was white, which implies that it may have been a training camera that blew off course from Lowry Air Force Base in Colorado.

If it was a training camera with no useful photos, why the 55 years of secrecy? That’s the CIA for you. Once a secret, always a secret.