It’s one of the most well-known and oft-told war battles of all time – the annihilation of the Canaanites by the Israelites in the fight over their land. That’s “annihilation” as in utterly destroyed, wiped out, extinct, nobody left to bury the dead, close the door and turn out the lights. It must be true because there’s no Canaanites around today, right?

Wrong. It turns out there’s plenty of descendants of the biblical Canaanites alive today, according to a new DNA analysis which found that almost 90 per cent of present day Lebanese people carry Canaanite DNA. Is this good news? 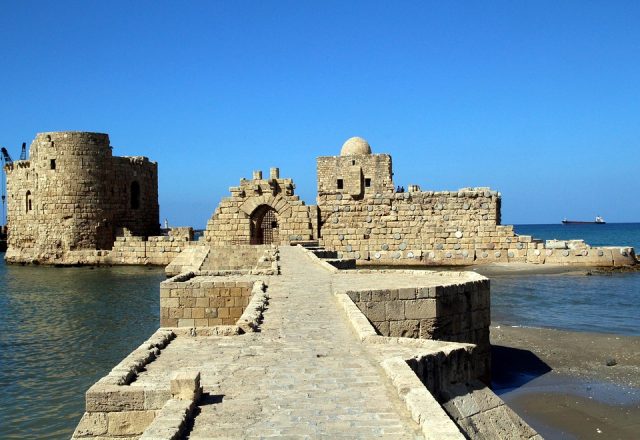 In the Hebrew Bible, the land of Canaan was on the eastern shore of the Mediterranean and bordered Lebanon, the Brook of Egypt (possibly the Nile) and the Jordan River Valley. The people were said to be descended from Noah’s grandson Canaan, son of Ham, and were cursed because of Canaan and Ham’s sins against Noah (you can look it up). As expected, they were fierce and not well liked and, because they were occupying the land of Israel, targets for war. After the exodus from Egypt, the Israelites were said to have obliterated the Canaanites. Archeological studies found evidence that the Canaanite cities remained lived in after this, but there was no indication of who the residents were.

That changed recently when five skeletons – two males and three females -- were removed from a Canaanite burial site in the Lebanese city of Sidon that dated back to the Bronze Age, 3700 years ago and about the time of their complete wipe out. According to the researchers’ report released this week in the The American Journal of Human Genetics, remains in this region don’t generally yield DNA because of the destructive climate conditions. Fortunately, these were different, said Chris Tyler-Smith of the Wellcome Trust Sanger Institute in Hinxton, UK. .

“We had a large sample of bones and tried the teeth, but got no DNA whatsoever. The success was from the petrous bone in the skulls, near the ear, which contained well-preserved DNA.” 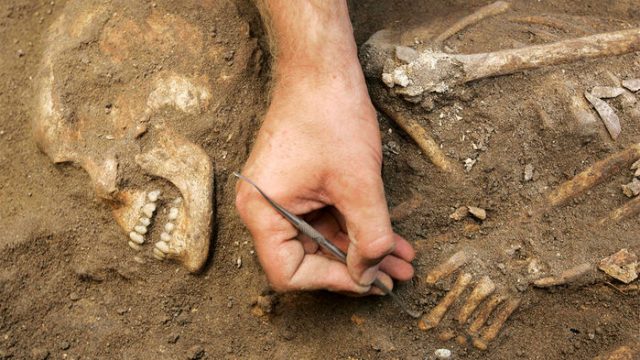 That small sample was compared to the DNA of 99 living Lebanese people and the results were surprising, if not shocking – 90 percent of the volunteers carried Canaanite DNA. Tyler-Smith explains what this means:

“There’s evidence for substantial continuity in the region from the Bronze Age to today.”

In other words, the Canaanites didn’t get annihilated. Did the battle even take place? Probably, but what the results were and what happened afterwards are now up for discussion. Archaeologist Assaf Yasur-Landau, co-director of the Tel Kabri Archaeological Project and Canaanite expert, told the National Geographic that he thinks it’s time to start over.

"Canaanites are still a huge mystery to us, so every study of the Canaanites—whether it's in genetics, culture, economy, religion, or politics—is something that will tell us tremendously important facts about the makeup of the Biblical world of the first millennium."

This is great archeological news, but what are the religious and cultural implications? There’s a question that’s sure to start a fight at your weekend barbecue.