Perhaps no place on Earth has held quite as much mystery and intrigue as the famous Rapa Nui, formerly (and still popularly) known as Easter Island, in the southeastern Pacific Ocean. A world heritage site since 1995, its unique location and appearance, thanks in part to archaeological remains in the form of the “moai” statues found on the island, have contributed to the wonder and appeal it has instilled in our minds in modern times.

There have long been a number of mysteries about the remote island, and the origins of the people who first settled it. Recognized as a territory of Chile today, it is believed that Polynesian settlers were likely the first to have arrived on the island, who once represented a thriving culture known today as the Rapa Nui civilization, who lived well despite the island’s isolated location in the pacific.

It has long been suspected that the downfall of the Rapa Nui resulted from the destruction of natural resources over time, which led to deforestation and extinction of indigenous species, as a result of overpopulation the likes of which affected other ancient cultures, including the Mayan Civilization. While numbering only in the thousands by the time of its discovery in the early 1700s by Europeans, the island once had an estimated population of 15,000. 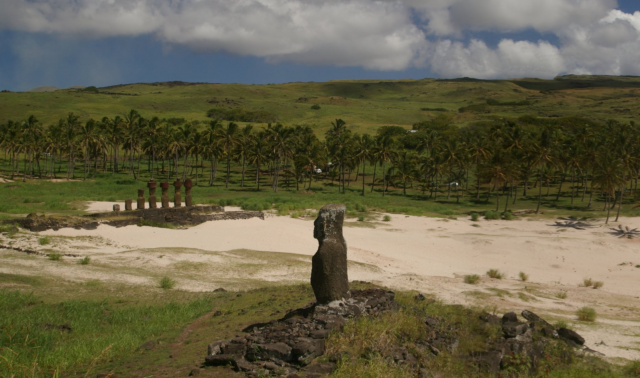 However, despite the prevalence of what many have called the “ecocide” theory of Easter Island’s historic past, new evidence suggests that human influence on the environment and depletion of natural resources may not have caused the widespread population decline as once thought.

Researchers at Birmingham University, in cooperation with State University in New York have found evidence from recent soil analysis that suggests the Rapa Nui were far more skilled at improving soil fertility and improving environmental conditions than once thought, which, in addition to a large degree of subsistence off of marine resources, counters the traditional narrative involving environmental decline.

Carl Lipo, a Professor of Anthropology at Binghamton University, commented on this in a university press release:

”One of the resources that they supposedly used up was trees that were growing on the island. Those trees provided canoes and, as a result of the lack of canoes, they could no longer fish. So they started to rely more and more on land food. As they relied on land food, productivity went down because of soil erosion, which led to crop failures...Painting the picture of this sort of catastrophe. That's the traditional narrative.”

Analysis of samples from the island involved carbon and nitrogen isotopes, as well as certain amino acid and isotopic analyses which studied collagen present in the samples. This helped determine which had origins in terrestrial sources, versus those from the surrounding ocean. The samples included human, animal, and plant remains retrieved from multiple archaeological sites on the island. 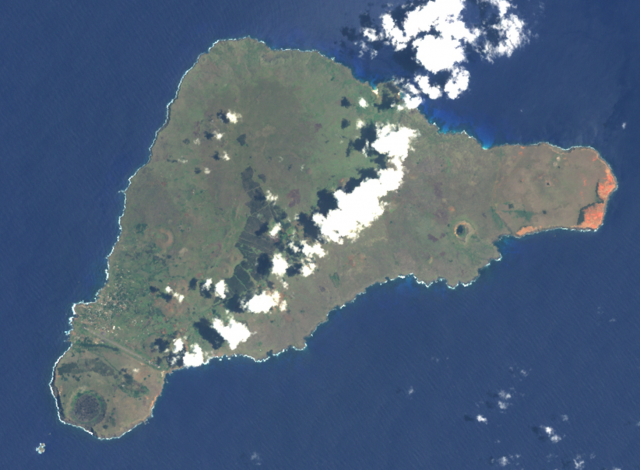 Popular Archaeology reports that, “Results of carbon and nitrogen analyses independently show that around half the protein in diets from the humans measured came from marine sources; markedly higher than previous estimates. These findings point to concerted efforts to manipulate agricultural soils, and suggest the prehistoric Rapa Nui population had extensive knowledge of how to overcome poor soil fertility, improve environmental conditions, and create a sustainable food supply.”

“That supports the argument we've made in our previous work,” Lipo says, “that these people came up with am ingenious strategy in enriching the soils by adding bedrock to the surface and inside the soil to create, essentially, fertilizer to support their populations, and that forest loss really isn't a catastrophe as previously described.”

Earlier studies at Birmingham University carried out by Lipo have similarly addressed the idea that the islanders, as resources declined, waged war against one another, effectively destroying the Rapa Nui civilization. Earlier this year, the university reported that an analysis of artifacts found at Easter Island determined that they were general purpose tools, rather than spearpoints as once believed.

“When you can compare [the tools] to European weapons or weapons found anywhere around the world when there are actually objects used for warfare, they’re very systematic in their shape.” Lipo argued that such tools “have to do their job really well. Not doing well is risking death.”

“We found that when you look at the shape of these things, they just don’t look like weapons at all.”

The ongoing research into Easter Island, its history, and mysterious decline can be read about at Birmingham University’s website.