Not Quite Nessie: News Sites Claim a “Dinosaur” Lives in This North Carolina Lake

"Years and years ago, I heard vague accounts of a strange lake up in an almost inaccessible part of Wyoming. Various incredible tales were related of it, such that it was inhabited by creatures which elsewhere on the globe are found only as fossils of a long vanished era."

The passage above is an excerpt from an obscure account known as "The Monster of Lake La Metric," which appeared in Pearson's Magazine way back in September, 1899. Unlike a lot of questionable news stories of that era, this one was certainly no hoax: in fact, the author was clear at the time that the story was purely science fiction. The story goes on to relate how an extinct saurian species, the elasmosaurus, was found to still exist in the Wyoming water body in question; at one point in the story, one of the main protagonist's throats is slashed by a treacherous friend, only to have his brain removed thereafter and transplanted into the body of the lake monster, which then seeks revenge on his killer.

If this sounds silly, it might be worthy of comparison to another obscure story--this one a local legend from around Charlotte, North Carolina, which involves a monster that has reportedly been seen for years in Lake Norman, in Mecklenburg County.

The only problem is, Lake Norman is a manmade lake! 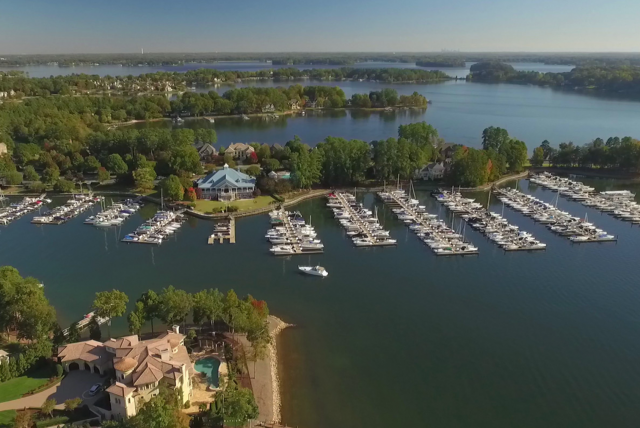 This didn't dissuade Fox News from covering an alleged recent sighting of "Normie," as the creature has come to be called. The initial report appeared at the website Cryptozoology News (note, however, that the Fox News writers accidentally linked it as "www.CryptoZoology.com").

Cryptozoology News is a site that once drew a degree of controversy, after featuring what appeared to be questionable, even humorous reports, though the site now features a disclaimer noting that, "These articles are based on witnesses accounts, original videos, pictures and subsequent interviews carried out by Cryptozoology News. These are real reports. If you have any questions or if you would like to get in contact with an eyewitness, please contact us."

The recent story dealing with North Carolina's "monster", titled "Loch Ness Monster redux? 'Dinosaur-like-creature' reportedly spotted in North Carolina lake," describes little more than something observed by a local man as it was seen "splashing around in the water." While the animal was described as resembling a dinosaur, no photos or other noteworthy details were offered. 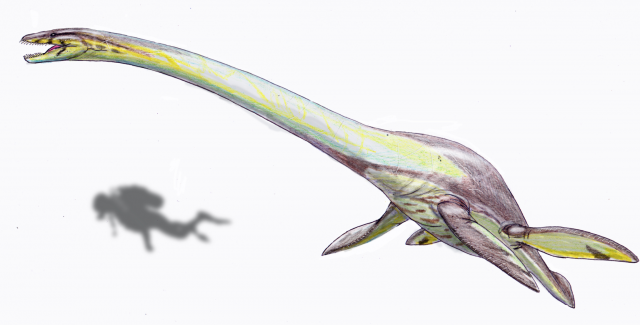 Despite the absurdity of the regional legends of a "dinosaur" living in manmade Lake Norman, there may actually be a hint of truth to the stories. The lake is the largest manmade body of water in the state, created as part of Duke Energy's Cowans Ford Dam project between 1959 and 1964. Today, it provides electricity to the entire piedmont region of North Carolina, and spans roughly 50 square miles, having garnered the nickname of "North Carolina's inland sea."

As with many small flooded valleys that produced similar manmade lakes in the region, a number of buildings and small abandoned communities became submerged at the time the dam was built. Among the more unusual local legends about the lake are stories about biological experiments conducted in the 1960s and 70s, during which varieties of fish were introduced to the lake, along with supposed hybridization programs.

Whether or not this is the case, some believe that this might have resulted in the appearance of some unusually large catfish in the lake (although in truth, a spooky urban legend about "experiments" wouldn't be necessary for this to still be the case).

LakeNormanMonster.com is a website that chronicles alleged sightings of the supposed creature, complete with Pokémon-like imagery depicting "Normie" as a sort of dragon-like animal. Some of the reports featured at the site, if they are to be believed, are indeed rather telling, at least as far as the "giant catfish" theories go.

Consider the following report, which was reported anonymously to the site. It was said to have occurred in the 1980s, during a dive operation where a group of divers were looking for one of the old flooded settlements in the region. At one point, they found an opening into one of the submerged buildings they were surveying, and shone a light inside; needless to say, they were surprised by what they saw:

We thought we might get lucky and spotted a big hole in the side of the small house and decided to go in the hole instead of risking collapse of the front porch on us. We never made it in. We had Krypton underwater lights and while the water clarity was near perfect, it was dark, and black inside the hole, so we shone our lights into the big hole and to our complete astonishment, we saw a huge fish. It was enormous, bigger than a diver in full SCUBA, at least 8 feet long and 3 feet across the mouth. We hovered in the water for a good 5 minutes with our lights on it, not believing what we were seeing. I’ve never seen a freshwater fish that big. We were both a bit alarmed by what we saw, and still talk about it from time to time, but because neither of us had a camera on the trip, we didn’t get that all-important photo proof. Anyway, as we watched the fish for a good 5 minutes the only thing it did was to pump it’s gills and open and shut it’s mouth slowly, like it didn’t even see us. To guess at the species of fish, I’d have to say it was a catfish. A damn big, scary one too.

Who knows if this story is true, or if it's merely a story someone cooked up to sound a little more on the "sane side of far fetched." Whatever the case, similar stories of catfish and other varieties of freshwater fish that can grow to extremely large sizes have been attributed to parts of the Mississippi River and other large bodies of water, where if they manage to live long enough, they can occasionally grow to enormous size.

The very largest known catfish species is the Mekong giant catfish, native to the Mekong basin in Southeast Asia. In 2005, a massive, nearly nine-foot-long female Mekong catfish was caught, and subsequently died in captivity; its remains were sold as food to locals in the area.

It is doubtful that any Mekong giant catfish are swimming around in Lake Norman, or that the regional varieties of catfish would get as large as one of these Asian species, let alone as large as some of the fanciful tales involving "Normie" sightings over the years. If anything, "North Carolina's Loch Ness Monster" may be nothing more than a legend, although one that draws bits of its folklore from other larger-than-life stories of water monsters from around the world, both of the real, and mythical variety.

Mysterious Green Puppy Has Some Looking for Canine Aliens