A newly discovered 80-year-old photo of a couple on a dock has a number of features that strongly indicate it is a picture of aviator Amelia Earhart and her navigator, Fred Noonan, alive after they lost contact with the rest of the world on July 2, 1937, during her attempt to become the first woman pilot to circumnavigate the globe. Has their mysterious disappearance finally been solved?

The black-and-white photograph was found in what was once a “top secret” file at the National Archives by Les Kinney, a retired U.S. Treasury agent and Earhart hunter who says his lucky discovery was the result of the photograph being “misfiled.” It will be officially unveiled to the public in a special called “Amelia Earhart: The Lost Evidence” to be aired on July 9 on the History Channel. Former FBI Executive Assistant Director Shawn Henry will present the evidence he believes shows it is extremely likely that Earhart crash-landed in the Marshall Islands and eventually died in Japanese custody on the island of Saipan.

The evidence in the photograph is substantial and convincing. While her face is away from the camera, it shows a woman wearing pants – unusual at the time except for Earhart – with a short haircut in the style Earhart wore. The man’s face is turned to the camera and experts say it strongly resembles Noonan. In addition, the distinct hairline and prominent nose combine to make them believe it’s the navigator.

At the dock is a Japanese ship, Koshu, towing a barge carrying something that may be the wreck of Earhart’s plane since it appears to be the same size -- about 38 feet long. The photo contains the name "Jaluit Atoll," which is a coral atoll of 91 islands that is part of the Marshall Islands in the Pacific. It is believed the Jaluit Atoll was just a temporary stop on the way to Saipan in the Mariana Islands where Earhart, and mostly likely Noonan, died in the custody of the Japanese. This would coincide with native folklore that Earhart had been seen alive on the island.

Who captured the iconic scene? Indications are that it was an American spy whose identity was not kept in order to avoid compromise. Perhaps that’s one of the additional items that will be revealed in the documentary, along with more accurate estimates of the dates of the capture, the photograph and eventual deaths of Earhart and Noonan. While the Japanese government has never acknowledged the capture of Earhart, you never know.

Is this photograph the missing link in solving the mystery of the disappearance of Amelia Earhart and Fred Noonan 80 years ago? We’ll soon find out. 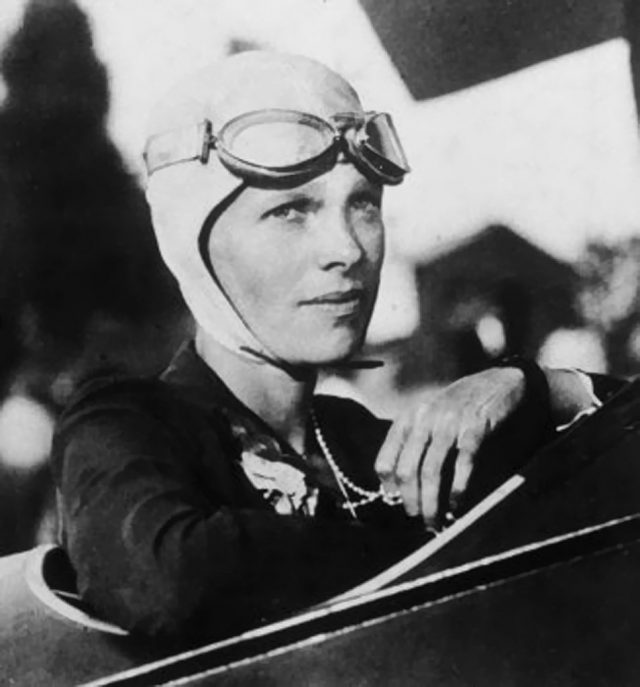 Graveyard of ‘Giants’ Found in China