Once our astronomers eventually determine that we aren’t alone in the universe, and we finally get to meet “real” aliens, I wonder if we’ll all sit down and have “The Great Cosmic Powwow” with them; an intergalactic meeting of the minds, of sorts.

Among other things, maybe we’ll finally address the issue of UFOs, and ask our alien neighbors whether the phenomena so many have seen over the years had been them all along.

“No,” I imagine the aliens saying. “That isn’t us, but we have those things (UFOs) too. We were hoping you guys might know what they are.”

Since the end of the Second World War, UFOs have been a cultural staple, both in America, and elsewhere around the world. Many argue that these objects—whatever they are—predate the war, and that for a variety of reasons, they became more apparent to us during the years after the conflict. Reasons for this might include the development of new technologies, such as radar, in addition to advancements in existing areas, like aviation, which could have made an existing phenomenon more apparent to us. Alternatively, it could also be the case that certain technologies harnessed by humans during the war—the atom bomb, for instance—might have garnered the attention of other forms of intelligence, resulting in an increased presence here on Earth in response to a perceived threat… if not to protect us from ourselves. 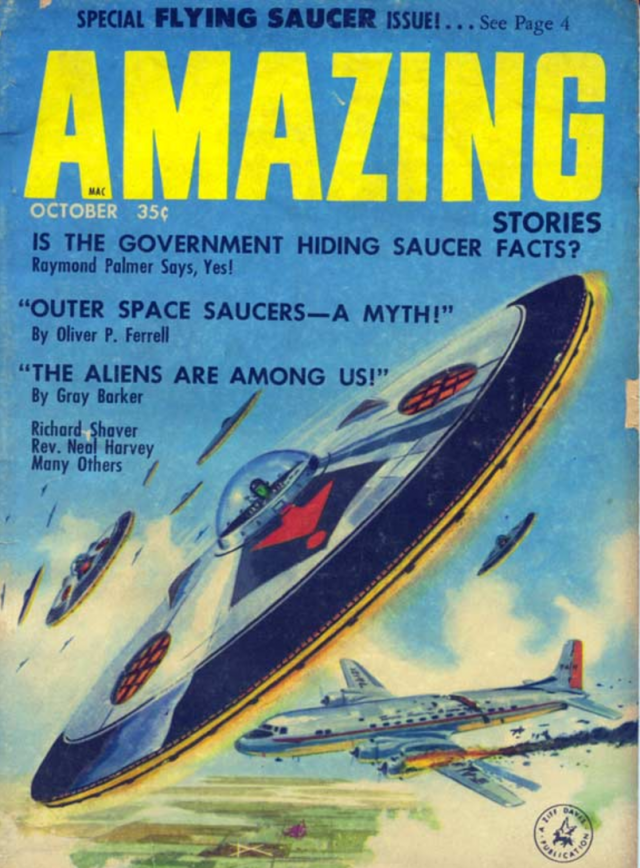 Whatever the case, humankind harnessing the power of the atom represents a fundamental turning point in the history and development of life on Earth. It’s no wonder then, that it has figured into pop culture as prominently as speculative scenarios pertaining to UFO origins. Perhaps there is no place in recent memory where this was more apparent than in David Lynch and Mark Frost’s seminal television series, Twin Peaks.

With the original 1990s Twin Peaks series, Lynch and Frost managed to work in a number of esoteric or paranormal themes. Project Blue Book, for instance, is introduced via the spiritually-developed character named Major Garland Briggs, as well as references to the SETI program. Toward the end of the original series’ first season, Major Briggs visits the show’s protagonist, Special Agent Dale Cooper, and shows him a message featuring his name, which seemingly came from otherworldly intelligences (while resembling a binary read-out featuring messages from space, it is later determined that this message actually came from a forest near Twin Peaks, in association with entrance points to a pair of otherworldly locations known as the White and Black Lodges). And of course, the symbolism relating to owls ("the owls are not what they seem”) seems ever-present throughout the original Twin Peaks series; this parallels imagery seen in books like Whitley Strieber’s Communion, and more recently author Mike Clelland’s The Messengers.

In the recent Showtime reboot Twin Peaks: The Return, we revisit several of the show’s original characters and themes, although much has changed, particularly in terms of style and atmosphere. A number of reviews have commented about how the new series is decidedly more “Lynch” than its 1990s incarnation, drawing from elements of Lynch’s other work that include Eraserhead, Mulholland Drive, and Lost Highway, to name a few. 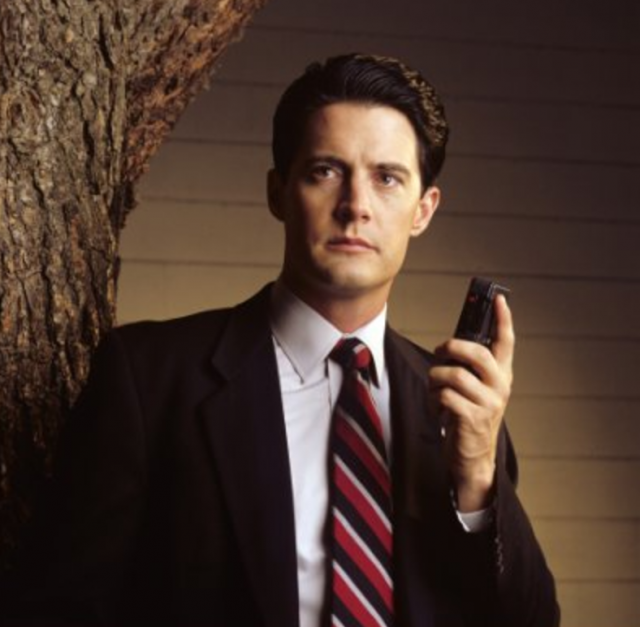 Granted, being “more Lynch” has also made the new series very different from its predecessor, and thus, some have struggled to get into the world of characters like “Dougie Jones” and some of the other new additions; all the while waiting, hoping… praying that some of the old, familiar quirkiness of Special Agent Dale B. Cooper and his cohorts will soon begin to reappear.

A particularly strange addition to the new series is its eighth episode, in which the viewer is taken on a bizarre, black-and-white trip through space, time, and an explosive alternative post-war history of the United States. The origin of “Bob,” the demonic bodiless killer from the original series, is seemingly explained, in that we see his essence born out of the initial tests of a nuclear weapon at White Sands, New Mexico.

Again, the parallel seems to be one which is similar to Ufology, in that with the arrival of humanity on the nuclear playground, strange phenomena also begins to appear on Earth (whether or not such things are overtly apparent at first). In UFO literature, we first called these things flying saucers; but in the realm of Twin Peaks, we have Bob, and seemingly in response, otherworldly characters like “The Giant” and his companion, the “Glamorous Woman” who resides with him in the Black Lodge, which seem to take note of what they see happening on Earth. In response to the explosion at White Sands, this ethereal pair produce and send an orange orb toward Earth which bears the essence of Laura Palmer, the femme tragique and focal point of the Twin Peaks universe; thus Laura Palmer, whose death serves as the focus for the original show’s first season, is shown to represent a kind of balance against Bob, and more broadly, the forces of good and evil held in the balance. 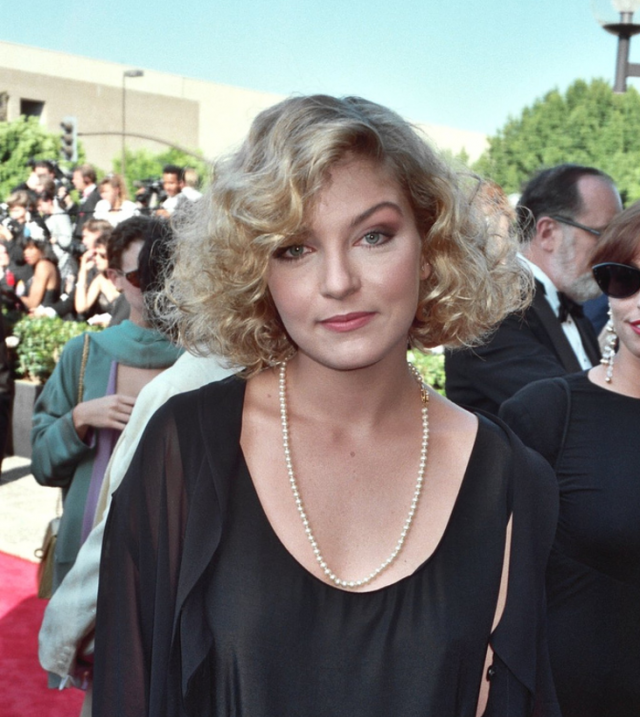 In the final minutes of the new series’ eighth episode, we are further treated to the appearance of a bizarre "frog-fly", a mysterious young couple... and perhaps my favorite, a demonic Lumberjack who asks his victims if they’ve "GOTTA LIGHT?” before temporarily taking over a radio station, where he grabs the microphone and lapses into a bizarre poem about water, wells, horses, and utter darkness as he murders the night shift employees by applying crushing force to their craniums.

The entire sequence described above, utterly bizarre though it is, made episode 8 one of my favorites of the new series (oh, and of course, a performance by “The Nine Inch Nails”, as they are called during their introduction. Very cool). And let’s be clear: while we can extrapolate further on the parallels between Twin Peaks, the Atomic Age, and UFOs, I’m not entirely certain that anybody really knows what the "symbolism" Lynch was going for may have been. Hell, maybe Lynch himself doesn’t quite know. 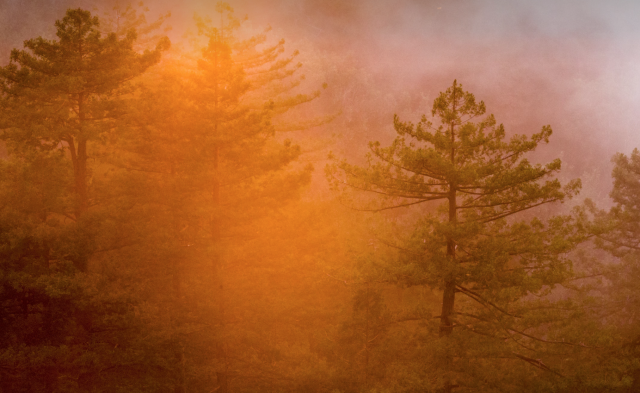 In other words, we can’t be sure that all of the visual elements he incorporated were intentionally symbolic. Sometimes, I think that it's safe with the arts to try that old method of, "throw it against the wall, and see what sticks.“ But what often results is that people attribute their own meaning to what they see thereafter, which makes it all the more meaningful when they watch it. We assign our own symbolism to the unique palate of weirdness that Lynch and Frost provide. Assigning our own symbolism to what we see makes it deeper, and more personal, as a viewing experience.

While the new series is certainly odd, and has already become renowned (if you want to call it that) for taking its sweet time, If we know Lynch, we know that he is the master of the slow-build. So I'm certain this will all pan out as intended, and fairly soon… hopefully. We still have a lot to enjoy along the way, but in the meantime, it is good to see that the program’s use of history and pop cultural references still keep us thinking about the more subtle instances of weirdness in life.

A Classic Encounter: Nessie On Land, 1933