Roswell: A Change In The Air?

From June 28 to July 2, I hung out in the city of Roswell, New Mexico, to attend the annual UFO gig - which is actually a collection/selection of more than a few events, activities and fun for the family. It was a packed weekend, with thousands of people turning up to take part in the festivities. The figures are hardly surprising: it was, after all, the 70th anniversary of the crash of...well...take your pick: a UFO, a weather-balloon, time-travelers, a Soviet device, or...the list goes on and on. And on. The conference that I spoke at (along with Greg Bishop, Jack Brewer, Dr. Michael Heiser, Joe Jordan, and Guy Malone - who organized the event) provoked a great deal of feedback from the audience. The title of the conference: "70 Years Later: Modern Challenges to the Extraterrestrial Hypothesis." I was speaking on the subject of my recently-published book, The Roswell UFO Conspiracy, and I gave my lecture twice - on June 30 and July 2.

What I found particularly interesting about the entire affair was the local media's coverage of the 70th anniversary. There's no doubt that the city of Roswell derives a great deal of income from the tourist industry - and not just at the time of the annual gigs, but throughout the entire year, too. Most of that same tourism revolves around the alien angle of the controversial incident. In light of that, I was somewhat surprised - albeit in a good and positive way - by the coverage that the city's Roswell Daily Record newspaper gave to the celebrations. It was on June 30 that the first, major article appeared in the newspaper - specifically on the non-alien theories for whatever it really was that happened outside of Roswell in the summer of 1947. 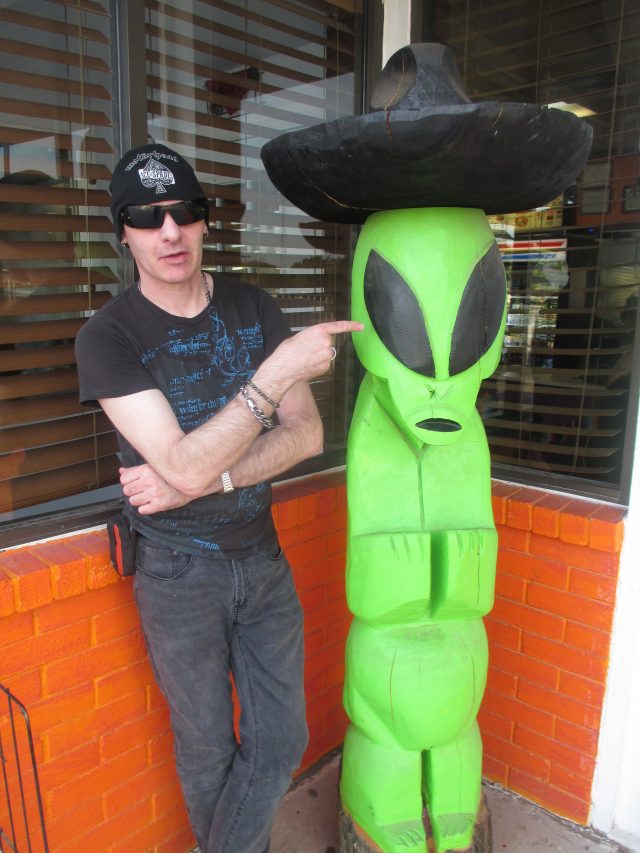 The main, front-page story was titled "Separating the 'extra' from the terrestrial." The sub-title: "Presentations by alien skeptics help open 2017 UFO Festival." Both Guy Malone and I spoke on the issue of Roswell being a secret experiment involving human "test-subjects." And, we got significant coverage and profiling on the front page - and in the interior pages too. A great deal of space was given to Guy's theories on an Operation Paperclip connection to Roswell and the activities of post-WWII Nazis. Indeed, aliens were barely anywhere in sight.

Not quite everyone was as pleased by all of this as I was, to say the least. That the Roswell Daily Record chose to go with the "human experiment" angle as it's leading feature on the first day of coverage - rather than one which championed the idea that extraterrestrials crashed on that fateful day - puzzled some and angered others. In fact, and with Greg Bishop looking on, I came very close to a full-blown fist-fight with one attendee - in the lecture-room itself and as one of the presentations was taking place. Proof that more than seventy years later, Roswell still provokes a great deal of emotion on the part of those those who specifically fly the flag of E.T.! 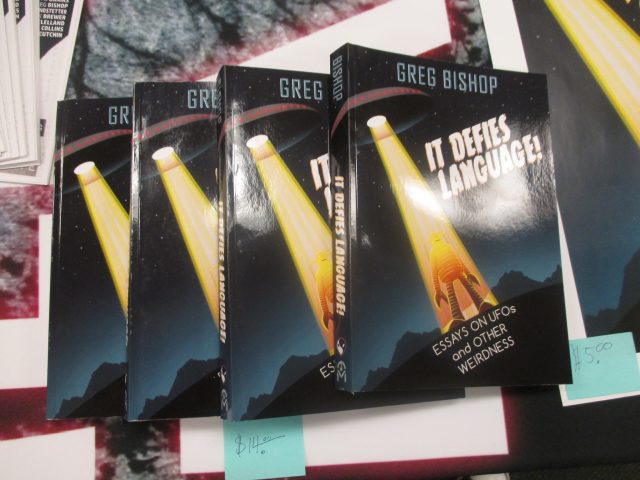 I got the chance to speak with a bunch of old faces, friends, radio-hosts and local media people - many of whom could not even bear thinking of the possibility that aliens didn't crash in '47. But, what intrigued me most of all was the collective and refreshing response of the public. There were a lot of people at the gig who were there to learn more about the Roswell case and who weren't even aware of some of the more controversial theories for Roswell (such as mine), but who were wide open to the idea that ETs might not have crashed, but that a secret device of the military just might have. Ufology might have a closed mind on Roswell (to a large degree, at least), but a sizeable degree of the public is not so closed-minded. They're just very interested and intrigued - which is good.

There were certain speakers at some of the other events who were clearly there to (A) just promote the extraterrestrial hypothesis and (B) not rock the boat - even in the slightest. In other words, it was all about business and upholding the one thing that ufology wants to hear, regardless of whether or not it's true: that aliens croaked at Roswell. Which is kind of pathetic. There are plenty of other theories for Roswell, which, for many, may not be perceived as being as exciting as the alien angle. They are, however, theories which are no less important when it comes to the issue of trying to solve Roswell, rather than just endlessly entertaining people with what Greg Bishop calls "UFO porn."

So, all in all, it was a cool four days. There was controversy, debate, arguing, a near-fight, and let's not forget plenty of ice-cold beer and great food.