During the course of last week's 70th anniversary festivities in Roswell, New Mexico - specifically following my lecture on the legendary crash of July 1947 - the subject of the controversial "Ramey Memo" surfaced. For those who don't know, the memo is one of the most intriguing pieces of Roswell-based documentation in existence. In fact, it's one of the very few, real documents pertaining to Roswell (forget about all that MJ12 documentation). It's a single piece of paper and can be seen in a black-and-white photograph taken of Brigadier General Roger Ramey. In 1947, he was the head of the 8th Army Air Force, which operated out of Fort Worth, Texas. Ramey is a key part of the story, as he is holding the memo in question in his left hand; a memo which says something about Roswell. But, what? That’s the issue UFO researchers are unable to agree upon. What we know for sure is that the photo was taken at Fort Worth on July 8, 1947 by a man named J. Bond Johnson. At the time, he worked for the Fort Worth Star-Telegram newspaper. The controversy over what the memo shows began years ago, but it gained far more momentum in the 2015-2016 period. 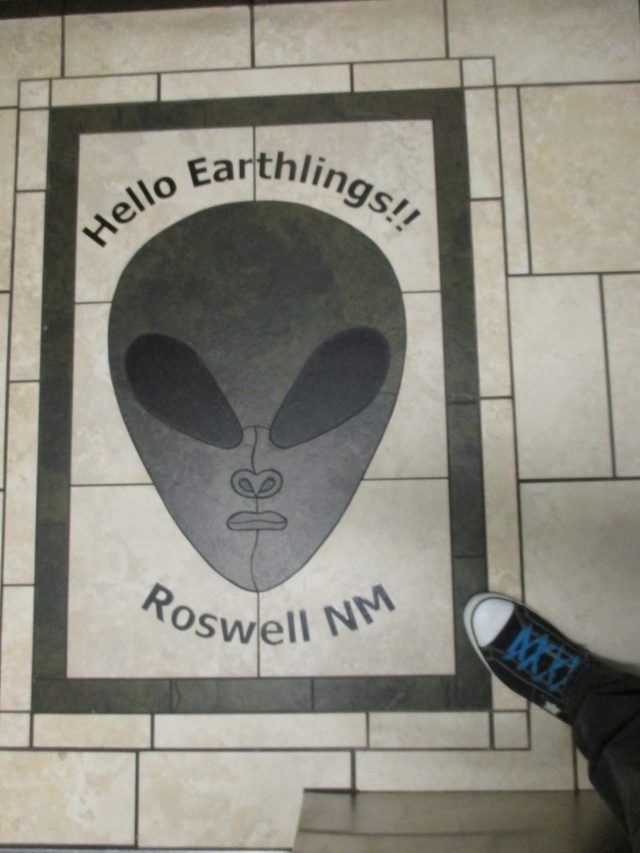 Yes, the memo can certainly be seen in the photo, with the text pointing outwards, albeit in slightly folded fashion. A number of attempts have been made to decipher the memo. The first real attempt of any major significance was undertaken on behalf of the U.S. Air Force. In their massive 1994 report on the Roswell affair, the USAF stated that it sent the photo-collection to what was only referred to as a “national-level organization for digitizing and subsequent photo interpretation and analysis.” The results, however, were disappointing, as that same unnamed organization informed the Air Force, on July 20, 1994, that even after careful digitizing, “the photos were of insufficient quality to visualize either of the details sought for analysis.” It’s interesting to note that, to this day, the Air Force refuses to identify the aforementioned “national-level organization.” On top of that, the Air Force states that the relevant documentation generated by the organization cannot now be found.

With the turning of a new century, Ufology undertook its very own attempts to solve the mystery of the Ramey Memo and what, exactly, it says. One of those was UFO investigator David Rudiak, who has a particular interest in deciphering the memo, and whose research into its contents continues to this day. Rudiak says of his work in this particular arena: “There is very little doubt that the memo includes the words 'in the ‘disc’ they will ship.'" Far more controversially, Rudiak concludes from his analysis that the words “operation at the ranch” and “the victims of the wreck” can also be seen.

Of the memo itself, Kevin Randle said in 2015: “The only point of dispute is what the memo actually says. Parts of it are easily read and others are obscured to the point where it is sometimes just a best guess. If the memo could be completely deciphered it might provide a clue about what fell near Roswell and would be some of the best documentation available.” Randle also noted in 2015: “While ‘Victims of the wreck’ might not take us immediately to the extraterrestrial, it would certainly start us on the path.” 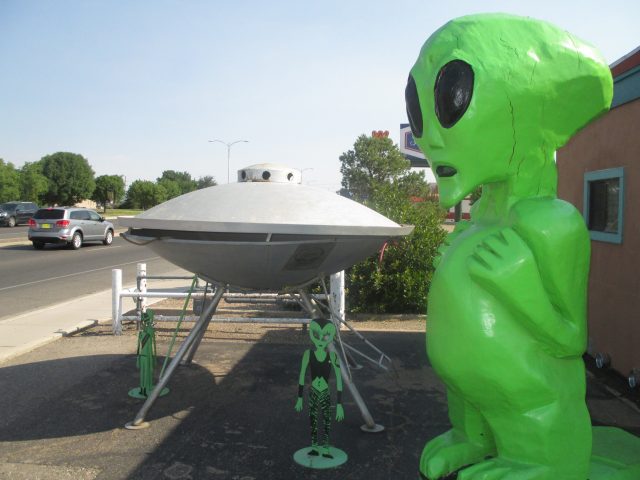 Then, in 2016, there was this from Kevin: “Several have suggested that the word is not ‘victims’ but is ‘viewing.’ It does contain the right number of letters and it does begin with a 'V,' but it also alters the importance of the Ramey Memo if that is correct.”

There is no doubt that the Ramey Memo is extremely thought-provoking, specifically in terms of what it might say, and in relation to the events which occurred in 1947-era New Mexico. A careful study of the text does suggest that the word “victims” could actually be the correct one. As Kevin Randle notes, however, “viewing” is an equally good candidate, too. The latter makes sense, considering the fact that the debris was on show for J. Bond Johnson to photograph. And for Johnson to view. Kevin is also right on target when he states that if the real word is “viewing,” then it most definitely lessens the importance that is generated by the word “victims.” After all, if there were victims, then the object which came down was clearly neither a weather-balloon nor a Mogul balloon. And no-one of a sane mind would ever describe a crash-test dummy as a victim.

There is, however, an issue that seldom gets discussed when it comes to the matter of the Ramey Memo. The full-on “Roswell was E.T.” believer would most likely say that a reference to “victims” is the smoking-gun we have sought for so long; a smoking-gun which makes a reference to the aliens found on-board the wrecked UFO, or somewhere else on the huge Foster Ranch. But, does it, really? Well, it certainly could; but I suggest not. And I will tell you exactly why.

I find the use of that specific word – “victims” – to be both odd and potentially revealing. I would have thought that terms like “the crew,” “the pilots,” “the spacemen,” or “the beings” would have been far more appropriate when it came to describing strange-looking entities that arrived from another world with no warning. “Victims” suggests something else. In fact, I would go so far to say that just the word “victims” itself has an undeniable human, even emotion-filled, quality attached to it, rather than something we might apply to a definitively unearthly alien. 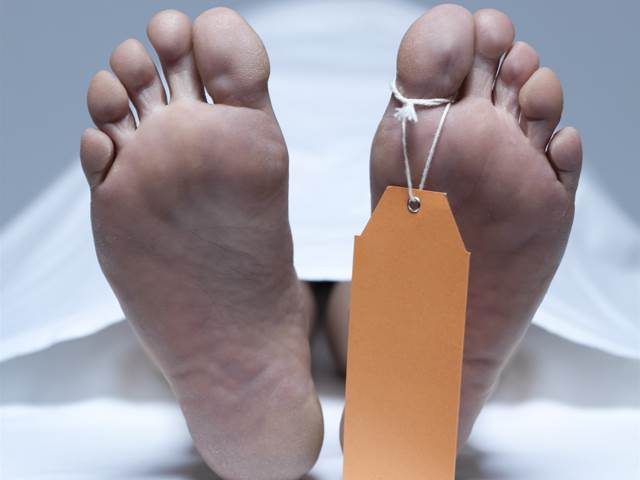 Let’s take a look at the definitions for “victim” that Merriam-Webster provides. They include: (A)“one that is acted on and usually adversely affected by a force or agent;” (B) “one that is injured, destroyed, or sacrificed under any of various conditions;” (C) “one that is subjected to oppression, hardship, or mistreatment;” and (D) “one that is tricked or duped.”

If the “human experiment” angle for Roswell is the correct one – as I believe it to be – then the terminology used by Merriam-Webster to define a “victim” is most apt. Finally, but still on the matter of that controversial sentence in the Ramey Memo, there is the issue of the word “wreck.” It seems very strange that such a word would have been used to describe what the military was assuring the media was just a flimsy weather-balloon. It’s equally odd terminology to use for a Mogul balloon – the theory the Air Force came up with in 1994. “Wreck” implies something pretty physically substantial that has been significantly damaged, rather than the torn and scattered remains of a balloon, whether large or small. So, while the Ramey Memo is not the ultimate smoking-gun that proves any particular theory, there’s no doubt that it keeps the Roswell flame burning, whatever the answer.