The Big Chill: That Time the Entire Planet Might Have Become One Big Snowball

Over the course of Earth’s four and a half billion year history (4.543 billion years, to be exact), it has undergone a lot of changes.

While in its infancy, our planet underwent a massive amount of volcanic activity, which was instrumental in the formation of the planet’s oceans and atmosphere, helped along by ice brought to our planet by asteroids, comets, and other extraterrestrial deliveries from deep space. The Sun, which was also fairly new on the scene, had approximately 30% less luminosity at this time, though it is believed that the buildup of greenhouse gases prevented the ocean from freezing, despite the relative cool presented by a younger, less volatile nearby star.

It is believed that ice ages began to occur within a general pattern cycle about 40 million years ago, slowly building to a point of relative intensity within the last 3 million years. Thus, Earth’s polar extremities have been the most prevalent locations of glacial periods, repeating every 40,000 to 100,000 years.

This wasn’t always the case, however.  At least once in the history of our planet, it is believed by some geologists and climate scientists that the entire Earth was covered in a layer of ice, a theory otherwise known as the “Snowball Earth Hypothesis.” 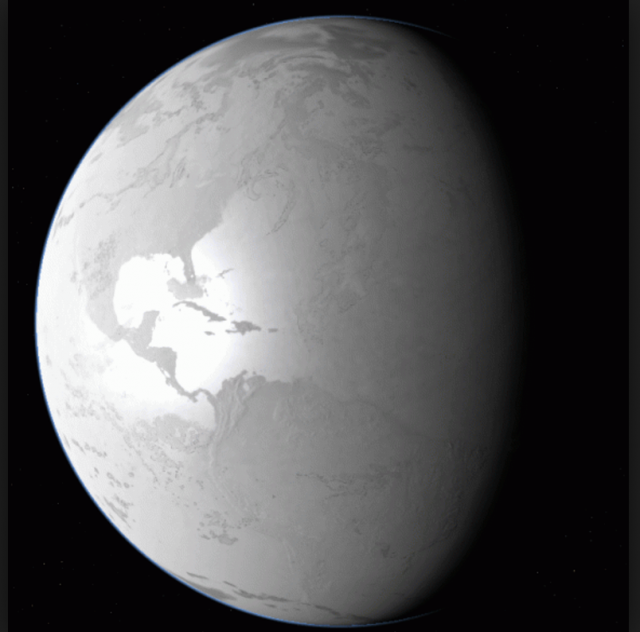 According to this “cool” theory, at some point prior to 650 million years ago, the entire Earth was covered in ice during one of its glacial maximums. Scientists that give credence to the theory cite evidence such as sedimentary deposits, seemingly of glacial origin, which have been found at tropical regions.

Other evidence for the Snowball Earth theory include deposits found within glaciers and larger open bodies of water, as well as banded iron formations found in various geological regions. These large, layered deposits of iron are not only extremely old, but would have been created as a result of an ocean that had limited contact with oxygen (the term for this is an anoxic ocean, versus the highly oxygenated oceans on Earth today). Since it is not possible for iron oxide to accumulate in large enough amounts to create similar banded formations like those found from Earth’s Palaeoproterozoic era, many geologists have suggested that if our planet had been covered in ice entirely for a period, an icy barrier might might explain why the oceans had reduced contact with oxygen in the atmosphere for a period.

Another interesting anomaly that has been discovered in relation to the Snowball Earth Hypothesis involves an iridium anomaly present in glacial deposits that is consistent with this period of extreme glaciation. In many cases, such anomalous layers where rare earth elements like iridium appear in abundance can be explained by a meteor or other extraterrestrial impact. Earlier this year, a Nature article discussed a similar anomaly, albeit featuring platinum, which suggests an impact event coinciding with the Younger Dryas event around 12,900 years ago. 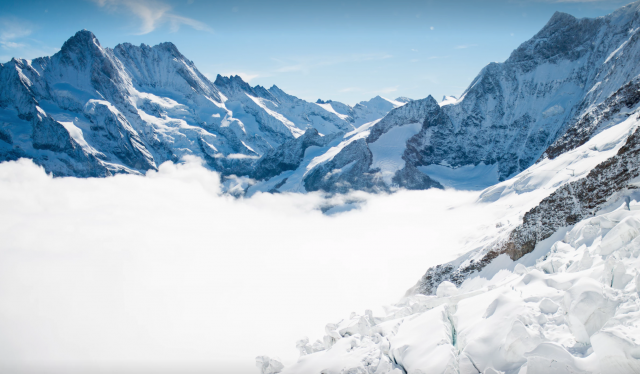 As far as using iridium anomalies toward explaining the Snowball Earth hypothesis, another way that iridium would appear in a single layer of glaciation like this would have been during a period where the ice covered much of the planet, thereby shielding the Earth, and allowing the accumulation of “space dust” on the outer ice, which became encased there in abundance.

Not everyone is as open to the idea of a “Snowball Earth”, with the primary argument against it being that it would have been remarkably difficult for an Earth that became entirely encased in ice to have thawed at all. Then again, in the event that the Earth actually was frozen entirely, even for a short period of time, geologically speaking, this would have lasted somewhere in the neighborhood of three million years.

So yes, a lot has changed here on Terra Firma over the eons, with the majority of those changes having occurred long before we humans ever came into the picture. As far as “cool” theories about Earth, and the changes it may have gone through in its long history, we have to say this one is ice cold.