The Matter-Antimatter ‘Angel Particle’ Has Been Discovered

If science was a soap opera, the theoretical Angle Particle would make the perfect mysterious ‘is he good or bad?’ character because it could play both matter and antimatter. Well, get your scripts ready and hire a casting agent because the Angel Particle is real and ready for its close-ups. Scientists in California (where else?) have successfully created a particle that is both matter and antimatter … and all without annihilating the universe. Will this be the science show that finally knocks “The Big Bang Theory” out of its number one spot?

Like any good mystery drama, this one needs some exposition. One aspect of the real big bang theory is that the universe was made of equal amounts of matter and antimatter. In 1928, English theoretical physicist Paul Dirac went further by predicting that every fundamental particle in the universe has an antiparticle which is its identical twin but with opposite charge. A meeting of the two would release energy but destroy them in the process. As he predicted, the positron – the first antimatter particle and opposite of the electron – was soon discovered. Then, in 1937, physicist Ettore Majorana predicted that there’s a class of particles that are their own antiparticles. The theoretical Majorana particles were named after him, but he never got any more fame because he disappeared at sea in 1938, a mystery that has never been solved. 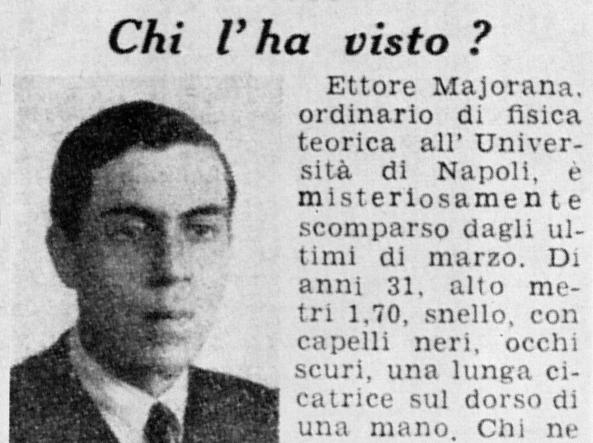 Did aliens want to stop Majorana from actually discovering his matter-antimatter particle? That would make a good plot … unfortunately, novelist Dan Brown may already have the rights to it. The scientists from the Stanford University and University of California who found the Majorana fermion (particle) named it the Angel Particle after the (spoiler alert for the two people who haven’t read the book) main plot element of Brown's “Angels and Demons.” So why are we still here?

Good question. According to the press release, the researchers stacked alternating thin films of a superconductor and a magnetic topological insulator inside a chilled vacuum chamber and sent an electrical current through them. They then added a magnetic material to the insulator film which caused electrons to flow one way along one edge and the opposite way along the opposite edge. Then they passed another magnet over the whole stack, causing the electrons to abruptly stop and switch directions.

And then? The motions of the electrons created “quasi-particles” which are particle-like excitations that “mathematical requirements to be considered real Majorana fermions.” In other words (mostly theirs), they didn’t find the matter-antimatter bullet but they found the “smoking gun” that proves they exist, albeit only artificially.

While this makes for a weak plot for the Big Majorana Fermion Theory show, it does pave the way for making “robust quantum computers that aren’t thrown off by environmental noise, which has been a big obstacle to their development.” This is apparently a big deal so have a particle-like excitation here.

While a smoking gun is disappointing, it’s better than annihilation any day.

Singapore’s Strangest Creature Of All