The “Missing” Enigma: An Unsettling Personal Encounter in the American Wilderness

Missing people and strange disappearances are among the most haunting unexplained mysteries of the modern era. Granted, they are nothing new to us, although the reach of the Internet has helped bring new attention to reports that were once relegated to police departments and federal law enforcement agencies, as well as occasional paperback thrillers that line the shelves of "True Crime" sections in bookstores.

Going all the way back to ancient times, we have strange disappearances noted by some of the earliest historians in the Western World. Famous names of the missing include the warrior Spartacus, as well as Alexander, son of Cleopatra and Mark Antony, and his brother Ptolemy. Countless others would follow over the ages, from American author Ambrose Bierce, to Canadian millionaire Ambrose Small. Some, like aviatrix Amelia Earhart, would vanish while attempting record-breaking feats, while others, the likes of housewife Dorothy Forstein, would literally be carried away into the night, leaving behind nothing but the testimony of her young daughter, who said a man patted her on the head as he carried her unconscious mother down the stairs, saying, "go back to sleep little one, your mom is fine." She was never seen again.

Such disappearances have been chronicled in a number of books over the years, most notably Jay Robert Nash's Among the Missing (1978), and more recently, researcher David Paulides' Missing: 411 series, which chronicle investigations into an incredible number of disappearances in National Parks and other wilderness areas around the world. 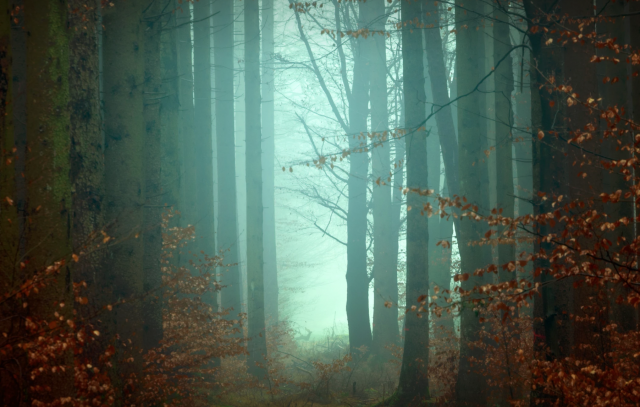 I met David Paulides at a conference where he and I were both lecturing several years ago, where we had an opportunity to catch up and speak briefly. Since we were booked to speak back-to-back, I was on hand and able to listen to David's presentation right before I gave my own. During his talk, David spent a great deal of time on the disappearance of Dennis Lloyd Martin, a young boy who vanished under very odd circumstances on June 14th, 1969. This incident occurred in the Great Smoky Mountains National Park, which is just about two hours from where I live, which made the experience all the more haunting.

My introduction to Paulides' work, and the strange case of Dennis Lloyd Martin, did more than give me cause for pause, however. It also brought to mind a very unsettling experience from a number of years ago, which up until that time I had essentially forgotten about entirely.

Back during the middle 2000s, my girlfriend at the time, Antonia (or "Toni" as I often called her) and I lived very close to the Pisgah National Forest outside Asheville, North Carolina. We would frequently go for hikes, or engage in other outdoor recreation; a number of well-stocked trout streams run throughout the area, in addition to the French Broad River, which was another favorite spot of ours for fishing, or just enjoying the outdoors.

One afternoon, we had gone a bit off the beaten path on one of our weekly excursions, and found ourselves following a small game trail through a stretch of woodland near Bent Creek, North Carolina, in search of a good, and preferably hard to reach fishing spot. Bent Creek is no stranger to disappearances; in the early 1990s, a local woman named Karen Styles had vanished while jogging one morning; her body was later recovered nearby, in a heavily wooded area where her presumed killer had used duct tape to tie her to a tree. Although her killer was eventually brought to justice, the Styles murder rocked our community, and for a number of years the incident caused a lingering sense of fear for many people that normally enjoyed access to the local National Forests.

It had been nearly two decades since Styles murder, and it was only a vague memory on the afternoon Toni and I were following this game trail down to the creek. I had been in front leading, with Toni just behind me. The weather was clear and sunny, the temperature warm, but breezy, making for an ideal day to be outdoors. I don't recall the moment, precisely, that I began to feel that something was off, although this sort of sensation is almost a perennial quality to such circumstances; such expressions as, "the feeling of being watched" come to mind, although others might liken it to a weighted, nearly palpable sense of dread or other urge, as if warning that something dangerous were nearby. 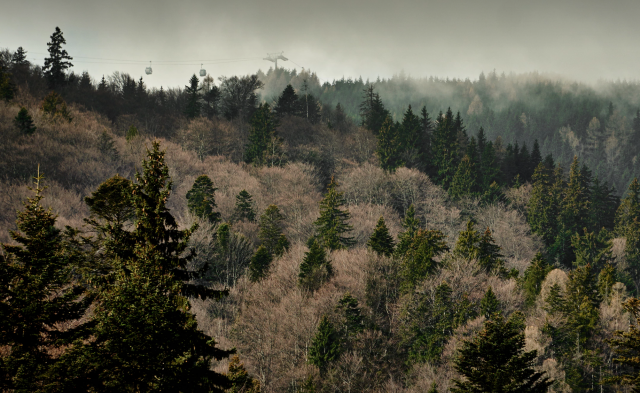 I imagined this would have been the feeling one of the ancient first Americans might have had, while hunting along these same bogs and lowland bottoms thousands of years ago. It was the feeling that would overcome him the moment before a dire wolf, or some other ancient megafaunal predator, attacked.

Something led my sight over to an area of brush nearby, where at first, out of the corner of my eye, I saw what appeared to be a figure. There is nothing quite like this sensation of recognition--the same humans developed over time to alert us to possible danger nearby--when it strikes. Turning my full attention in the direction of the looming figure, I saw clearly, and in broad daylight, a man; he wore some variety of coverall uniform, which I would liken to the clothing worn sometimes by automotive mechanics while working in their shops. He appeared to be wearing some kind of cap also, and might have been in his early to mid 40s.

This was all I was able to see of the man, however, for as surely as I had seen him, he was equally aware of where my line of sight had visited, and quickly ducked beneath the cover of the waist-high brush he stood behind. To have seen this "stranger" standing there, and in this unusual garb for a warm, early summer afternoon, would be one thing; however, bringing my full gaze to his location just in time to see him hiding, obviously hoping to remain unseen, is another matter entirely.

Had he suspected that he hadn't been noticed? And if he had managed to remain hidden, what had this individual's intentions been in doing so?

I wasted no time stopping Toni, and without explanation, I hurried her back in the direction we came, which seemed to both startle, and amuse her slightly.

"What are you doing?" she said, almost laughing.

"Don't say anything, just get back to the car," I told her, taking a moment to glance back over my shoulder. Our strange company had not moved from his position of concealment, at least that I could tell; a far better circumstance than turning to see him sprinting up behind us.

We made it back out of the forest and up to my car, which, fortunately, had been parked a short distance away on a gravel pull-off just up the hill. We got inside, and waited quietly for a few moments, looking to see if the man reappeared as I explained to Toni what I had seen, and then left the area.

For all I know, this individual may have had completely legitimate reasons for being dressed like a serial killer, and hiding behind bushes in the middle of nowhere, watching young couples stroll along through the forest. These seem to be perfectly logical things for anyone to do on a summer day in one of our National Parks, right?

Hence the reason we later felt compelled to tell a Park Ranger about what we had seen. He chuckled afterward, noting that a group of "rainbow people" had been camping up around that area, and that he and the other rangers had been by to warn them about allowing their infant children to wander around unsupervised.

"Why, was there anything else dangerous reported in the area?" I asked.

"Oh no," he told me. "They just love letting those tikes go around without any diapers on," he said. "We're trying to keep after them about keeping their campsite clean, that's all."

The oddly-dressed, and obviously "shy" man I had seen while Toni and I were fishing had obviously not been a love-and-light type, who just happened to be frolicking in the same general area as the fishing hole we were looking for. This individual was completely silent, and had seemed content with observing us until he suspected one of us had become aware of his presence, at which time he hid from us, in an effort to maintain concealment. I can only imagine what might have happened if I hadn't spotted him, dodging back down behind the brush where he stood that afternoon.

There have been a number of proposed explanations for the myriad disappearances that have taken place in our National Parks over the years. Obviously, some of them, while no less tragic, are mundane, and involve circumstances no more complex than individuals that become lost, disoriented, and in some cased succumb to the elements while far enough from being able to receive aid. Some individuals underestimate the dangers of the wildlife that share our forests, and how dangerous these animals can be under the right, or wrong, circumstances.

Then there are those cases which seem to involve something more; with little doubt, kidnappings at the hands of those with ill intent could account for a number of disappearances that occur in America, and all parts of the world, every year. A variety of reasons for this might exist, each depending entirely on the circumstances, and perhaps such things as the mental state, of the would-be kidnapper.

In other words, perhaps the most dangerous animal is the kind that walks on two legs.