The Return of the Stoned Ape Theory of Evolution

“I present this to you because I want to bring back the concept of the Stoned Ape Hypothesis. What is really important for you to understand is that there was a sudden doubling of the human brain 200,000 years ago. From an evolutionary point of view, that’s an extraordinary expansion. And there is no explanation for this sudden increase in the human brain.”

With that statement at the Psychedelic Science 2017 conference held in April, psilocybin mycologist Dr. Paul Stamets resurrected the little-known and scientifically ignored Stoned Ape Hypothesis of the late ethnobotanist and psychedelics advocate Terence McKenna. In his talk, “Psilocybin Mushrooms and the Mycology of Consciousness,” Stamets revealed that there is new interest in McKenna’s controversial theory due to new studies on the psychological benefits of psychedelic drugs in controlled environments and particularly in very low micro-doses.

For those not familiar with (or now hoping to become MORE familiar with) Terence McKenna, he presented the Stoned Ape Theory in his 1992 book, Food of the Gods, proposing that eating magic mushrooms pushed Homo erectus to Homo sapien by expanding his brain as well as his mind. His examples included psilocybin mushrooms improving visual acuity so hunters could hunt more successfully and eat better brain-building foods, and magic mushrooms increasing sexual arousal so they would pass on the bigger brains to more descendants. Unfortunately, he provided no scientific evidence and later studies did not support his examples.

Not surprisingly, that didn’t stop modern Stoned Ape proponents from keeping the theory alive. The latest is Dr. Stamets, who acknowledged that McKenna’s theory is still not yet provable but is plausible … with a little suspended belief and imagination. He described human ancestors leaving their homes and traveling to another land where they came across:

“… the largest psilocybin mushroom in the world growing bodaciously out of dung of the animals.” 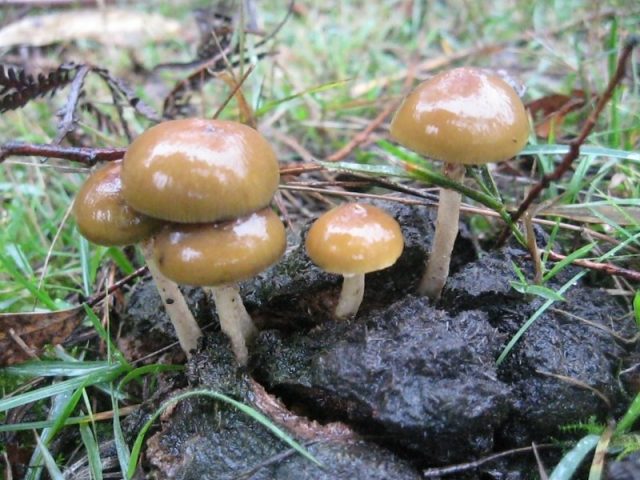 While the crowd at Psychedelic Science 2017 went wild, other scientists still hesitate at accepting the Stoned Ape hypothesis. It’s somewhat simplistic to link such a huge evolutionary jump like the doubling of brain size to the lucky consumption of some magic mushrooms, let alone influencing advances in sex and the development of religion, as McKenna also suggested. However, it could definitely be a piece of the evolutionary puzzle.

One question always seems to come up in discussions of the Stoned Ape Theory and the development of human consciousness. If magic mushrooms didn’t spark cognition, what did? 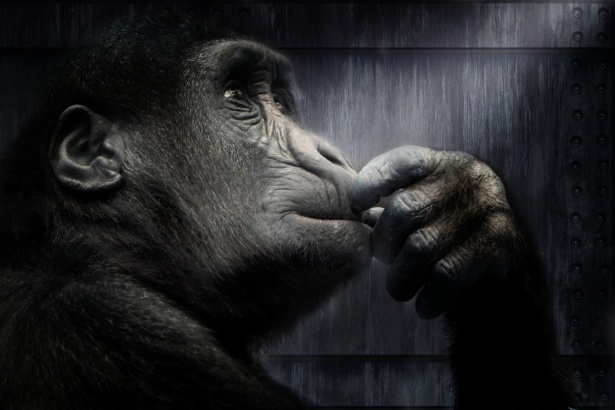 “Food for the Marvelous” and Bigfoot Whistles