This Unusual “Pink Sky” May Appear Before Some Earthquakes, Studies Suggest

Residents of Lincoln, Montana, were recently treated to a late-evening scare, as an earthquake rattled the area at around 12:30 AM last Thursday. Little damage was reported near its epicenter, which was located about 62 miles north of Butte.

In fact, according to USGS data, Montana experienced around five small earthquakes, or "tremblors" as they are called, throughout the Helena Valley region in West Central Montana. However, tremors weren't the only thing that had been reported that evening.

A number of residents in the region apparently noted an unusual, "intensely bright shade of pink" around sunset the evening directly preceding the earthquakes, which some locals believe to be somehow connected to the seismic events in question.

The Montana Standard reported that the so-called "earthquake sky" has been seen before in the past, shortly before tremors in the region. Debbie Shea of Butte was interviewed about the unusual occurrence, noting that her ex-husband had once claimed to see a similar sky on the same night of a magnitude 7.3 earthquake that shook Yellowstone Park in 1959, which resulted in the deaths of nearly 30 people and millions of dollars in damages throughout the region; it remains the biggest reported earthquake in Montana's history. 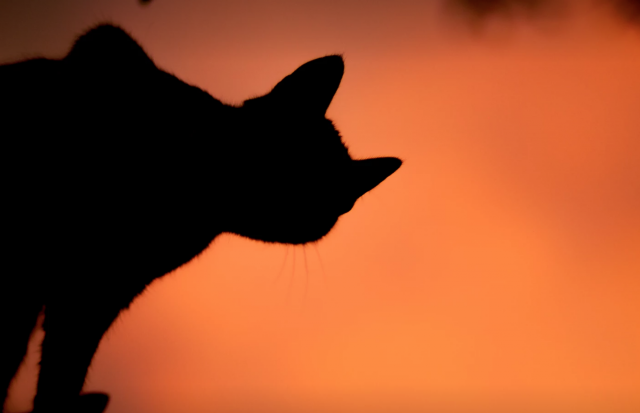 According to the story Debbie Shea told the Standard, her husband Dan, who was just 10 years old at the time, was walking home with a friend when the sky became a bright pink color. He and his friend were soon called over to the yard of an elderly man, who appeared to be very excited about the occurrence, telling the children that it was an "earthquake sky," warning the boys that a quake would soon follow.

Needless to say, the old gentleman had been right; Dan remembered the unusual sky as being a deep shade of pink--almost red--and that it appeared to be "moving really fast." It is unclear whether this "movement" indicated clouds, or some other variety of phenomena (an aurora-like manifestation, for instance).

The Standard reported that Montana Bureau of Mines and Geology Seismologist Mike Stickney had received similar reports of lights in the sky around the time of earthquakes. He suggested that the piezoelectric effects of quartz, when placed under pressure due to seismic activity, could be the source of energy that causes such luminous manifestations. However, these lights generally only accompany earthquakes that are magnitude 7.0 or greater, and resulting in a surface fracture.

In 2014, a paper published by the Seismological Society of America, titled "Prevalence of Earthquake Lights Associated with Rift Environments," proposed a similar piezoelectric cause behind what have commonly begun to be called "earthquake lights." 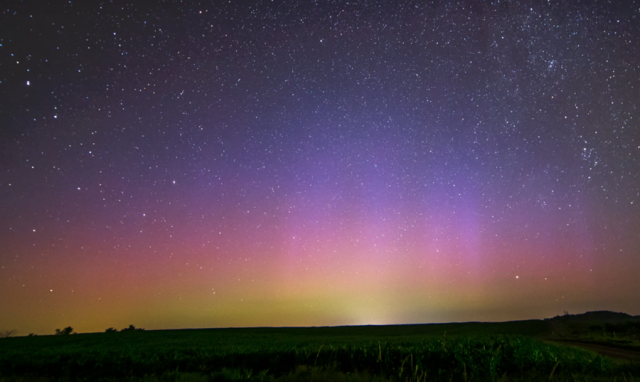 As the paper describes, luminosities associated with earthquakes are not a recent phenomenon, its authors citing numerous examples dating back several centuries:

"To name a few, the Irish engineer Robert Mallet, the “founder of seismology”, published a five part catalog entitled “On the Facts of Earthquake Phenomena”... in which numerous reports on earthquake luminosities can be found. His catalog, first presented to the British Association of Science, covers the years 1606 B.C. to 1842 A.D.. Ignazio Galli, an Italian priest who graduated in Natural Sciences, published in the early 1900s a catalog of 148 seismic events associated with different types of luminosities. His catalog covers the years 89 B.C. to 1910 A.D. and focuses mainly, but not exclusively, on European events."

The paper also drew from previous scientific studies into various unusual subjects, including UFOs by scientists like Paul Deveroux, who similarly argued that some variety of geophysical "earthlight" phenomenon might account for such eyewitness reports.

Whether or not the "earthquake sky" phenomenon recently witnessed in Montana was indeed representative of similar, luminous phenomena related to earthquakes remains in question, though perhaps, at least, a stronger possibility than once thought.