The tale of the introduction of cane toads in Australia and the destruction that followed is well-known, but perhaps not well-known enough. Released in 1935 as a way to control cane beetles, the venomous amphibians (Rhinella marina) ignored the insects, gorged on native species and non-native pet food and killed or sickened anything that tried to eat them or even lick their secretions, including humans. It’s been over 60 years – more than enough time for humans to have learned their lesson … right? Wrong. A new study found that cane toads are mutating into bigger and more dangerous monsters due to another foreign invader … a certain chemical weed killer.

It should come as no surprise that the weed killer in question is glyphosate, a main ingredient in many herbicides, including the popular Roundup, and made by the controversial chemical giant. Monsanto. According to the study, published this week in Proceedings of the Royal Society B, researchers from the Hungarian Academy of Sciences exposed various species of tadpoles to glyphosate as part of ongoing worldwide tests on amphibians, whose environmentally-induced deformities and illnesses make them hopping ‘canaries in the coal mine’ on both land and in water. 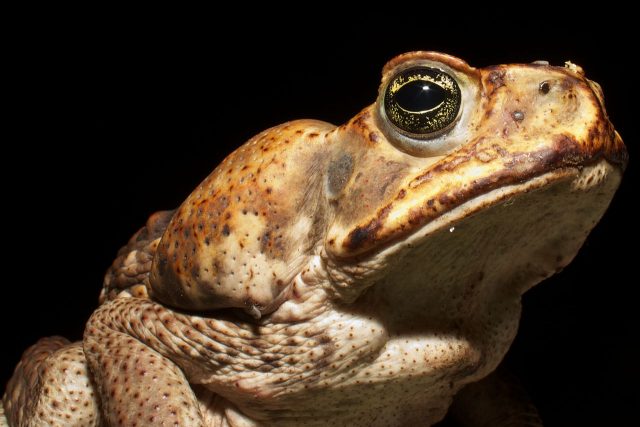 The researchers found that tadpoles swimming in glyphosate-tainted water had high doses of bufadienolides, a natural chemical found in some plants and animals that evolution provided them with to ward of predators by making them taste bad. Are you getting a bad taste in your mouth too?

"Our results indicate that pesticide pollution might exacerbate the problem of invasive toxic species For example, in Australia, the survival of native tadpoles is reduced by poisoning from ingestion of toxic cane toad eggs, and predators suffer drastic mortality due to ingesting or mouthing cane toads."

Study author Veronika Bokony points out the obvious problem – bufadienolide makes the cane toad tadpoles taste bad, thus insuring that more will survive to poisonous cane toad adulthood. Then it gets worse. High concentrations of bufadienolide are also poisonous, giving cane toads a double-whammy of toxins to scare anything away from eating them, including crocodiles whose large size can generally handle normal cane toad toxins but not bigger toads with two poisons. 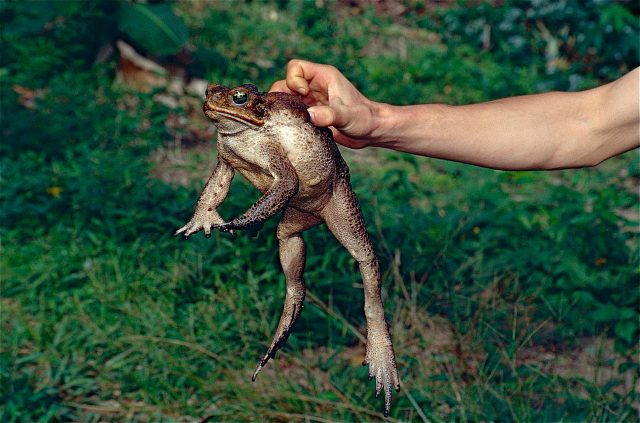 Of course, glyphosate herbicides are widely used in Australian agriculture and getting anything done about it requires government action versus big business money. The European Union will decide in December whether to renew the license for glyphosate.

Meanwhile, Australia’s invasive killer cane toads increase in size, numbers and toxicity. Will humans, given a second chance, do the right thing this time?