When A Monster May Not Be A Monster

Of the many strange and varied mysteries of the U.K., there are few stranger than that of the Big Grey Man of Ben Macdui (BGM), which is a mountain in Scotland's Cairngorms range. There's no doubt at all that the leading authority on the BGM is researcher-author Andy Roberts. He has spent a huge amount of time trying to get to the heart of the mystery of this alleged, large, shadowy thing that some have claimed is a definitive British Bigfoot. Others, meanwhile, have asserted that it is nothing stranger than something akin to what is known as a Brocken Specter. It is described as: "...an apparently greatly magnified shadow of an observer cast against mist or cloud below the level of a summit or ridge and surrounded by rainbow colored fringes resulting from the diffraction of light." Andy's extensive paper on this very issue - "The Big Grey Man of Ben Macdui and Other Mountain Panics" - is essential reading. You can find it in Andy's book, Strangely Strange but Oddly Normal.

“When considering any physical evidence connected to the BGM,” says Andy, “it is worth noting that some accounts refer to photographs of unknown footprints taken in the Spey Valley [Scotland]. Although the location of the photographs is some fifteen miles from the summit of Ben Macdui, it has been claimed or inferred by some writers that they may of the BGM. Indeed, Rennie cites a ghillie as saying (upon seeing the footprints) they were ‘Bodach tracks.’ This comment, made by a local man may indicate the survival of a tradition connecting unexplained phenomena to the legendary ‘Bodach’ or old man, of wider Scottish legend. As these tracks have been proffered as physical evidence for the BGM in the literature, they and their possible origins need addressing.’ 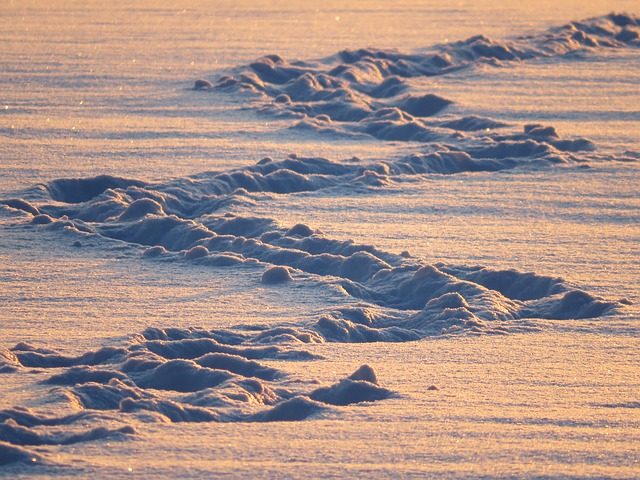 The actual source of the photographs to which Andy refers are referenced in the book Romantic Strathspey: Its Lands, Clans and Legends, penned by James Alan Rennie. In its pages, Rennie described how on December 2, 1952 and around a mile outside of the village of Cromdale, he came across mysterious tracks which, as he recalled and noted in his book, “were running across a stretch of snow covered moorland, each print 19 inches long by about 14 inches wide and there must have been all of seven feet between each ‘stride.’ There was no differentiation between a left and a right foot, and they preceded in an approximately single line.”

Andy Roberts highlights that Rennie likened the prints – perhaps quite unsurprisingly and very understandably - to the controversial, so-called “Devil’s Hoofprints/Footprints” found across Devon, England during the winter of 1855. They have been an absolute supernatural staple and favorite for decades. His interest decidedly piqued, Rennie followed the tracks for about half a mile, until they “terminated at the foot of a pine tree, for all the world as though the strange creature making them had leapt up into the foliage of the tree.” Twenty yards further on, Rennie picked the tracks up again. He followed them across a field and down to the river’s edge, where they terminated opposite the village churchyard. Rennie rushed home for his camera and showed the resulting photographs to baffled locals. 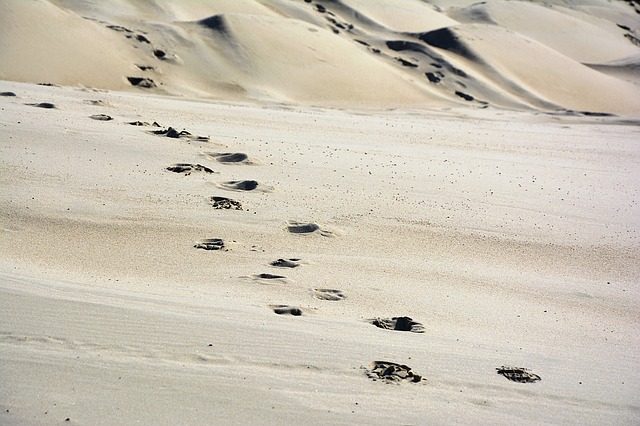 Andy says: “Whilst working in Northern Canada in the 1920s Rennie came across similar tracks whilst crossing a frozen lake." So, what, exactly were they? What had made them? Back to Rennie: “There on the flawless, smooth white of the snow, a whole succession of tracks in ‘line-astern’ were appearing miraculously before my eyes. No sign of life anywhere, no movement even, other than the drifting clouds overhead and those tracks springing suddenly into being as they came inexorably towards me. I stood stock-still, filled with reasonless panic. The tracks were being made within 50 yards of me -20-10-then, smack! I swung round brushing the water from my eyes, and saw the tracks continuing across the lake. In that moment I knew that the Wendygo, Abominable Snowman, Bodach Mor, or what have you, was forever explained so far as I was concerned.”

Rennie went on to give his explanation for the cause of both of those tracks and the ones he had seen years later in Scotland: “Some freakish current of warm air, coming in contact with the low temperature, had set up condensation which was projected earthwards in the form of water blobs. When these landed in the snow they left tracks like those of some fabulous animal.”

Commenting on Rennie’s words and theory, Andy Roberts suggests that: “Given that Rennie saw these tracks being made and felt water falling from the air, it is reasonable to assume that both the Canadian tracks and the tracks seen near the Cairngorms were the result of a rare meteorological condition.”

Attack of the Bloodthirsty Giant Rats