A group of people attending a UFO conference in Washington State say they spotted a large opening near the top of Mt Adams and some claim it’s an opening for alien spaceships to depart and enter. With the history of UFO and orb sightings in this area, anything is possible. But an alien hangar?

The discovery occurred at the 2017 ECETI (Enlightened Contact with Extraterrestrial Intelligence) conference held annually at the ECETI Ranch in Trout Lake, Washington. The ranch was founded as a mountain retreat in 1986 by James Gilliland, an author, teacher, ufologist and spiritual counselor. After a near-death experience, Gilliland left the business world to help other embark on their own spiritual journeys. 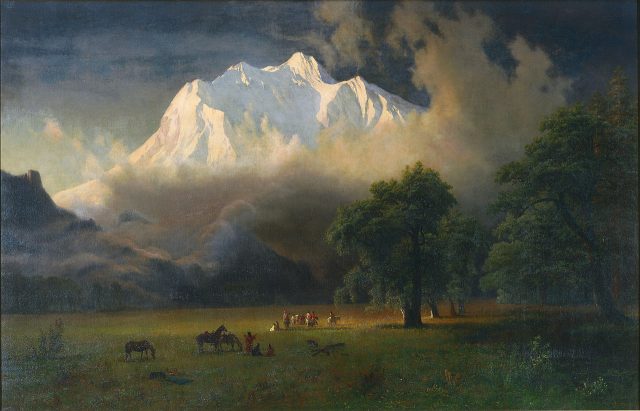 Mt. Adams would seem to be an ideal place for a spiritual retreat … and more. The dormant volcano, along with Mt. Hood and Mt. St. Helens, form the "smoking mountains" that appear in many Native American legends. It also played a part in the famous 1947 UFO sighting when pilot Kenneth Arnold claimed he saw nine UFOs fly past Mount Rainier at an estimated 1,200 miles an hour (1,932 km/hr) before disappearing at Mt. Adams. Since then, there’s been speculation that Mt. Adams is hiding a secret spaceship base.

Gilliland believes there’s a dimensional portal in the vicinity, has seen thousands of UFO – including one he boarded – and says he's  encountered aliens. However, the apparent opening in Mt. Adams was found not by him but by Jimmy Church, a paranormal radio and television host (Fade to Black) who was participating in the conference. In his video, he shows before (June 29th) and after (June 30th) images of Mt. Adams and points out when the hole appeared and seemingly stayed open while over 150 people were said to have seen the 500 by 150 foot dark spot.

What did they see? The media reports and the Fade to Black YouTube video scream “UFO hangar door” because … well, it’s Mt. Adams. It certainly looks more like a hole or a cave opening than a shadow, but not much like a door for sophisticated spacecraft flown by an advanced civilization. James Gilliland does not seem to have anything to say about it in the video, but he has many of his own videos and corroborating witnesses of what he says are UFOs passing through the “interdimensional door” to a base. Church’s video also show a UFO but it wasn’t using the hole. 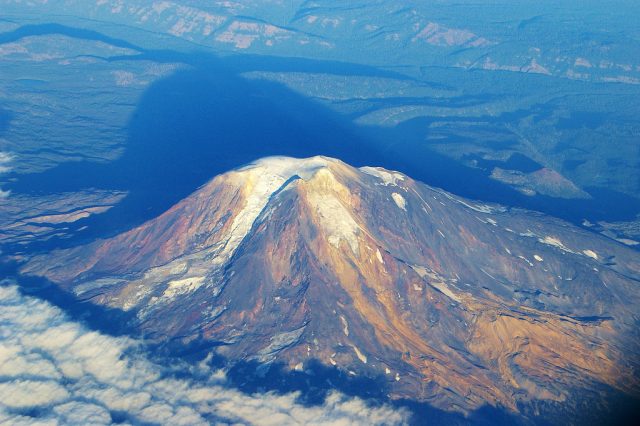 The most frequent comment about the video is “Send in the drones!”, which seems like a reasonable suggestion since the spot is so clearly identified ... unless the hole closes up. Of course, someone could also climb up and knock.

Is this the smoking gun in the smoking mountain that will prove the existence of an alien UFO base … or just smoke? Church, Gilliland and ECETI have a year to find something whole about the hole for the 2018 conference.