In the world of Fortean phenomenon, two of the more popular and unusual unexplained occurrences are things falling from the sky and things mysteriously appearing on the ground. We have one of each this week and both are strange variations on these classic Fortean themes.

"It looks like yellow polyurethane foam balls, but that's not it. When you touch, it's a bit greasy. It's brittle but not friable. This has no specific odor. This is different from the paraffin that is found all the time on the coast. We do not know if it's toxic. In theory, it should not be touched.”

“In theory” it should not be touched? That doesn’t sound like much of a warning about the hundreds of thousands of “yellow cakes resembling industrial paraffin” that La Voix du Nord reported washed up on July 14th on the beaches of La Slack, Wimereux, Le Portel, Equihen-Plage, Hardelot, Le Touquet, Stella and Berck on France's northern coastline, better known as the Opal Coast. 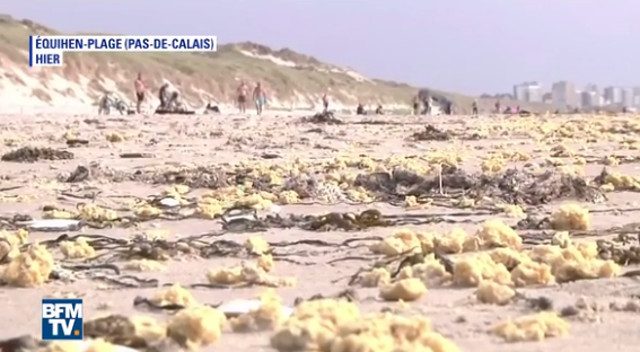 Over 400 commercial boats travel this part of the English Channel daily, making it one of the world’s busiest waterways, so the first thought by experts is that the foam balls were originally hot liquid grease thrown overboard and turned into greasy yellow blobs by the freezing water. Firefighters sent samples to the Cedre Association in Brest, which specializes in analyzing hydrocarbon pollution, before cleanup began. You can tell times have changed … no one speculated that the foamy yellow blobs were alien eggs.

Fortean phenomenon ledgers are filled with instances of things falling from the sky, from fish and frogs to spaceship-ish metal fragments to angel hair that may be alien or chemical. As of today, there’s a new one – frozen Italian sausage. On the early morning of July 15th, the Adair family of Deerfield Beach, Florida, heard a crash on their roof that sounded like thunder. Upon careful inspection, they found packages of frozen Italian sausage on their house and on the ground. 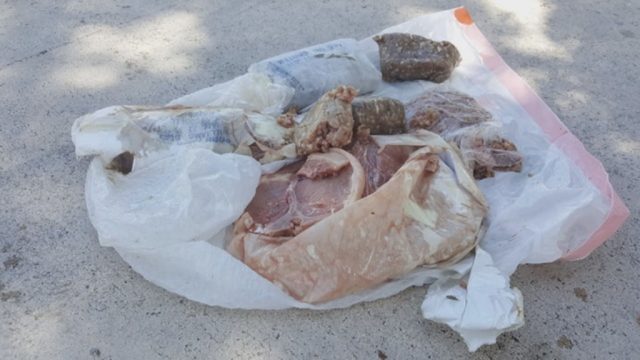 “In theory” they probably shouldn’t eat it, so instead they read the label on the package – which said William Land Service, a land-clearing company in Alabama – and called them up. According to local media, the company was not helpful to Austin Adair.

"The guy had no idea what I was talking about and probably thought I was crazy.”

Fortunately, the Adairs took pictures of the falling frozen sausages and sent them to the company. As of this writing , they have not heard back. 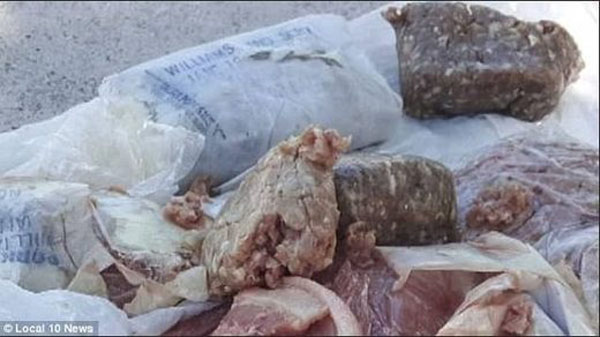 Why would sausages from Alabama be falling in Florida? Was someone testing a sausage cannon to use at football games for fans tired of T-shirts? Did they get dropped from a plane? An alien spaceship? Are they THAT good?

Jennie Adair sums it up.

"I would love to know what really happened, because it's just so, so odd."

Are All “Anomalous Apes” Paranormal?