If someone asked you to point on a globe to where the highest concentration of volcanoes on Earth might be, where would your finger land? Indonesia? Mexico? Italy? East Africa? If your index digit first flipped the globe over before poking Antarctica … congratulations! Your lucky guess has just been confirmed by a new study which found 91 previously unknown volcanoes under the ice in western Antarctica. Is the continent’s frozen surface in danger of melting from below as well as above?

“The big question is: how active are these volcanoes? That is something we need to determine as quickly as possible.”

That somewhat panicky statement comes from Dr. Robert Bingham of the University of Edinburgh's School of GeoSciences where researchers conducted a first-of-its-kind study that identified 91 volcanoes measuring from 100 meters (328 feet) to 3,850 meters (2.4 miles) in the area known as the West Antarctic Rift System. The project was suggested by Max Van Wyk de Vries, a third-year student at the school who went looking for volcanoes in what would seem to be the least likely place on Earth.

“Antarctica remains among the least studied areas of the globe, and as a young scientist I was excited to learn about something new and not well understood.” 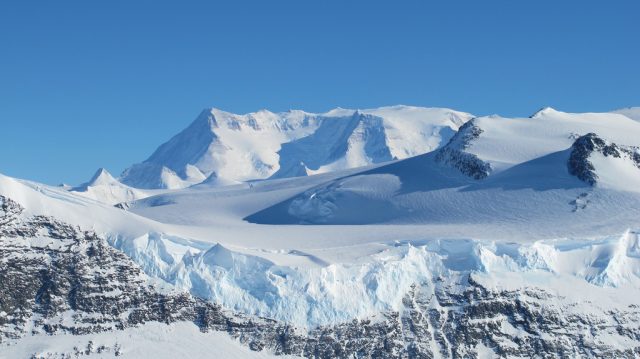 According to the results published in the Geological Society Special Publications series, the research team used Bedmap 2 DEM, a digital elevation model, and data from ground-penetrating radar and satellite imaging to survey the underside of Antarctic ice for peaks of basalt rock, which is a volcanic indicator found when some of these peaks have actually poked through the ice. While they weren’t surprised to find more underground volcanoes, Bingham says they were shocked at the number.

“We were amazed. We did not expected to find anything like that number. We have almost trebled the number of volcanoes known to exist in west Antarctica.”

Are any of these newly-discovered Antarctic volcanoes active? That’s a good question which needs seismic analysis to answer. However, previous studies indicate that there was volcanic activity on the Antarctic continent during previous periods when it was warmer and the current warming trend (you remember the recent big iceberg, don’t you?) could thaw them out and stir them up again.

“If one of these volcanoes were to erupt it could further destabilise west Antarctica’s ice sheets. Anything that causes the melting of ice – which an eruption certainly would – is likely to speed up the flow of ice into the sea.”

“The most volcanism that is going in the world at present is in regions that have only recently lost their glacier covering – after the end of the last ice age. These places include Iceland and Alaska.”

I don’t live near any of these places but I may think twice about throwing salt on my driveway this winter.