A Paranormal Pair of Ghouls

The following account, sent to me by a Facebook friend in 2015, is without doubt one of the most disturbing and chilling stories of the Men in Black/Women in Black kind that I have on record. It begins as follows and relates to events which occurred in late 2008: “Dear Mr. Redfern, I have an interest in Forteana and ‘high-strangeness,’ but I’ve always been a skeptic and only researched the subjects from a folklorist’s point of view. However, I have had one experience which a friend of mine said I should send to you, so here it is. I was speaking at the IAFA (International Association of Fantasy in the Arts) conference this March and attended a speech of a friend who spoke on high-strangeness in the desert and MIB. I told her of my experience, and she said, ‘You NEED to tell this to Nick Redfern!’ I had read some of your blog posts about the nature of Bigfoot-type entities (I agree with you there is more to them than an unknown ape, but I won’t digress) and knew you had written books on the subject of MIB.

“I worked as a bar manager at a sports bar in Tampa, Florida, and at 2:00 AM I cashed out the servers and sent them home and closed down the kitchen. The bar itself closed at 3:00 AM, but my last few barflies stumbled out before 2:30. I closed out the credit cards, counted the register, abused my free credits on the jukebox, and sat down to wait out the clock. At about ten minutes to three a couple walked in. I told them it was last call and cash only at this point, and locked the doors behind them, not even really paying attention to them (rude, I know, but after 12 hours, give me a break). When I did notice them, I began to feel uneasy. 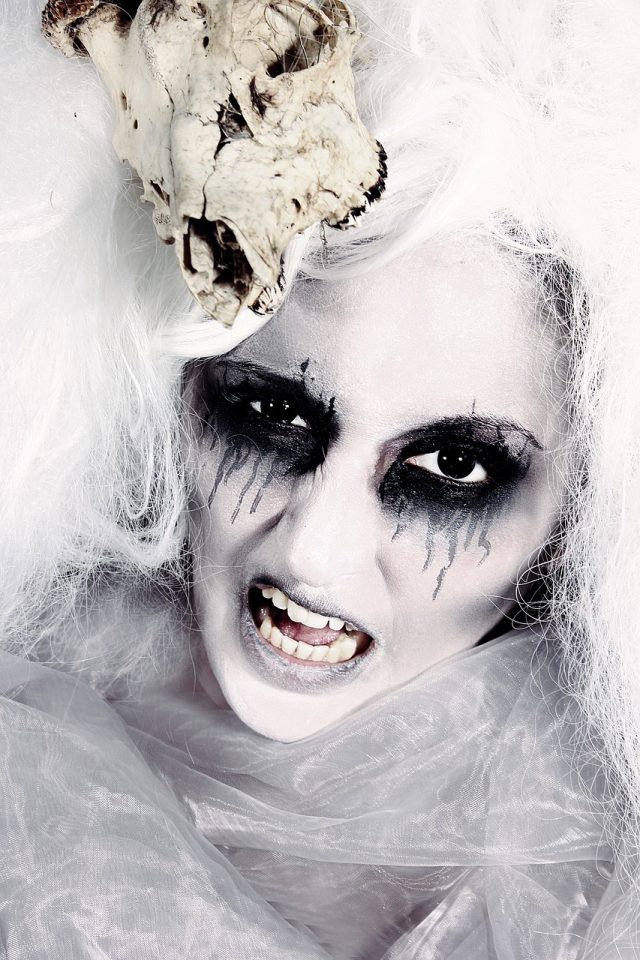 “Neither one of them sat down on the stools in front of the bar. They each ordered a non-alcoholic beer, and then just stood there holding their drinks, about two stools apart. Then I noticed how they were dressed. I dress in a ‘goth’ style and prefer black, but these two were definitely not goths, despite the (almost) all-black attire. The man, who appeared older than the woman, maybe about 40-ish, wore a black double-breasted suit of an outdated cut. I’d say maybe 1950’s style, with a rumpled black shirt and a crooked black tie.

“I’d say he was about 5’9 with a thin build. He had incredibly pale skin that showed blue veins underneath (I had turned on all of the house lights by this point, so they stood out in stark contrast), a very high forehead, prominent cheekbones, and deep-set, large, brilliant blue eyes, possibly the most vibrant blue I have ever seen. He had thin, dry, unhealthy-looking silvery-grey hair pulled back in a ponytail, with seemingly random dark brown patches in it, as if he gave a half-assed attempt to dye it and gave up halfway through the process.

“The woman, who was about 5’6, emaciated, and looked about mid-20s, wore a black evening gown with elbow-length satin gloves and had a clashing bright green knit shawl around her shoulders. She had a short bob haircut with bangs, though it really looked like a poorly cared-for wig. She had the same high forehead, cheekbones, and blue eyes as her partner, although her eyes were more narrow and slightly slanted. Neither one had eyebrows. As I started cleaning up behind the bar, the woman began clearing her throat impatiently, so I walked over to see what they wanted (I wanted them to get the hell out of my bar). That’s when I noticed the stench emanating from this woman. Not only did she smell like she hadn’t bathed in a month, she also smelled like chemicals. I used to apprentice as an embalmer, and I swear that woman smelled just like formalin.

“When I walked over, the man beckoned me to him and placed a black leather satchel on the bar, from which he removed several photographs and asked me if I knew any of the subjects in those pictures. I decided I would humor him (part of me suspected this must be a police investigation), but when I looked at the pictures I became truly terrified. As I said, I am in the Goth culture here in Tampa, and as I am sure you know, that subculture attracts many paranormal enthusiasts, Wiccans, Satanists, occultists, and so on. Some of the people in these photographs were my friends! Most of the photos looked candid and snapped from hiding, and some of them bore time stamps and were obviously stills from CCTV footage.

“As I looked over the photos, the Stinky Bitch (pardon the term, but it fits!) kept staring and grinning at me. I had the feeling that even though the man was talking, she was the one in charge. I have no idea why I knew this, but I did. I feigned ignorance and told them I had no idea who those people were, and that I was closing now, so they needed to leave. Mind you, they never sat down during this entire period. They both grinned at me like they knew I was lying, the man unlocked the door, and both quietly walked out. They had not even taken a sip from their beers. 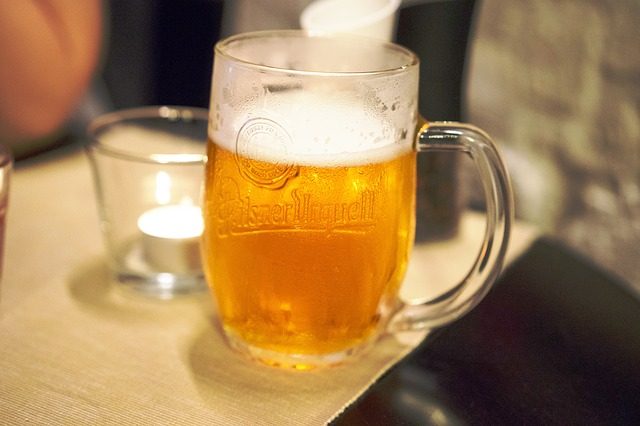 “The whole experience seemed dream-like to me, and I almost wanted to believe I had hallucinated it. Remember how I said I abused my free credits on the jukebox? Well, once the two left I realized the juke was dead. I even remember what bands were playing before the two walked in: Iron Maiden followed by Siouxsie and the Banshees. That particular model of jukebox cannot be shut off by the remote; it would only die like that in the event of a power outage or if it had been unplugged. It was still plugged in, and no power outage had occurred. The bar closed two months later and I never saw the two again. There is my event, and you are the third person I have shared this with, after my friend and my wife. I would like to remain anonymous if you choose to use this in your future work, as in addition to a wife I have a step-daughter."

I wrote back and asked for further details on some of the angles brought up in the original message and got this reply: “My experience happened in late November of 2008. The bar in which I worked was in a strip mall, and all of the other businesses had closed long before midnight, with the exception of the American faux-Irish pub on the other side of the complex, which that night got shut down by police shortly after 1:00 AM (I don’t think this was any part of a conspiracy, since that place got busted at least every couple of weeks). I told you I had sent the servers home, and as far as I know, I was completely alone in that strip mall when my visitors arrived.

“After I received your reply I contacted my former assistant manager and the one server I still keep in contact with, and asked them, nonchalantly, if they had experienced any odd occurrences involving black cars or odd phone calls. I did not tell them why I was asking. Neither I nor they had any experiences with black cars, but they both told me that someone kept calling the bar on my nights off, asking for me by my full name. These calls only occurred in the two weeks prior to my encounter (or whatever you want to call it). No one outside of my family, close friends and lawyer know my middle name. It’s not even on my social security card. 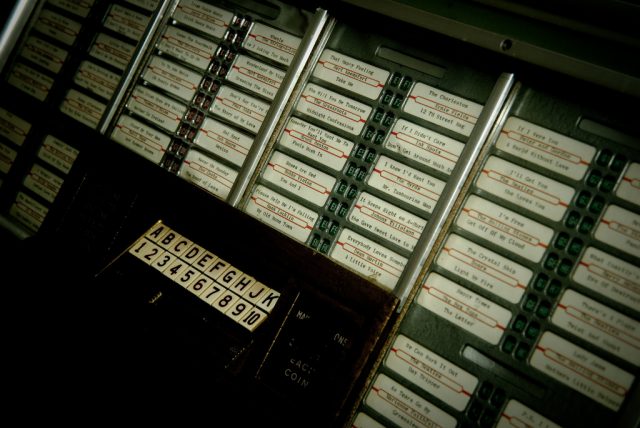 “Both the assistant manager and server told me that after they said I was not working that night, the voice on the other end, always female, would giggle and hang up. This really scared me after what you said about strange phone calls (as I said, I am new to actually investigating odd happenings). I spent my day reading your posts about MIB/WIB on Mysterious Universe, and one of your most recent articles startled me. You talked about the ‘gypsy women’ in New York, and as I read I got goosebumps. Remember how I said the woman wore a clashing bright green shawl?

“At the time I saw those people in my bar I thought, ‘Oh, she’s a Gypsy,’ even though she was corpse pale. That really shocked me, Mr. Redfern. When you said you had many cases that are similar to mine, I did not know whether to feel relieved or terrified. I feel somewhat comforted that I am not delusional and that others have shared these experiences, but am scared that they seem to be so common. And I have a question for you: In your studies have you ever come across individuals that came down with severe illness after encountering these ‘people?’ Only three days after I saw them I developed a severe bacterial infection on my legs and lower abdomen. It was a Strep infection, and the doctor could not determine how I contracted it. Thank you for listening.”

Hardly surprisingly, I did yet another follow-up with and received this: “Thank you for listening to me and taking my experience seriously. To be honest, I had hoped you could debunk that encounter somehow, like attributing it to pranksters, police officials with a sick sense of humor, or my own mind playing tricks on me. I am a stickler when it comes asking for ID when I tend bar; I would probably card you if you walked in, but I do not remember carding the ‘woman,’ who I described as being in her twenties. I don’t even recall accepting money from the figures for their drinks. I laughed aloud when I read the article that theorized that some MIB encounters may be people with autism, as I myself am autistic (though I have never worn a furry hat).

“I am ordering your books on the subject of MIB, and I am wondering if there are any cases of people actually making physical contact with these things. I have a theory about these beings, as well as the UFO phenomenon, Bigfoot-entities (except for Orang Pendek; that one I believe may be fleshy), lake monsters, Tricksters, etc. I’m not some New Age nut who claims to feel ‘vibes,’ but I don’t need a crystal ball to know those things I encountered were screwing with me. The more uncomfortable I became, the stranger they acted. Like they were sadistically enjoying my torment. Anyway, I will read your books and will definitely let you know if I hear anymore ‘plausible weirdness’ around this area. Thank you again.”