Addressing Nessie In the Forties

When it comes to the matter of Scotland's most famous monster - Nessie, or the Nessies - there's little doubt that the 1930s amounted to the defining period in the history of the phenomenon. There were reports of strange creatures surfacing from the depths. On top of that, there were even claims of the creatures seen briefly on land. The 1950s are noted for the controversial photo taken by Peter MacNab. The sixties saw the rise of Tim Dinsdale in the field of Nessie-seeking. And, as for the 1970s, there were the extremely controversial Rines-Egerton photos, which, it has been suggested, prove that Loch Ness is home to plesiosaurs (it isn't). Operation Deepscan was an ambitious effort to solve the mystery in the late 1980s. From the 1990s onward and right up until now, the mystery still persists and prompts countless numbers of tourists to travel to the legendary loch every year. But, what about the one decade that I have omitted, the 1940s?

It should come as no surprise to learn that the number of sightings of the Loch Ness Monsters dropped off dramatically in the late 1930s and remained at very low levels throughout much of the 1940s. There was a very good reason for this. People were far less concerned about what was going on in a Scottish loch and far more concerned about a certain Austrian maniac. His name, or course, was Adolf Hitler - one of the most evil people to have ever lived. 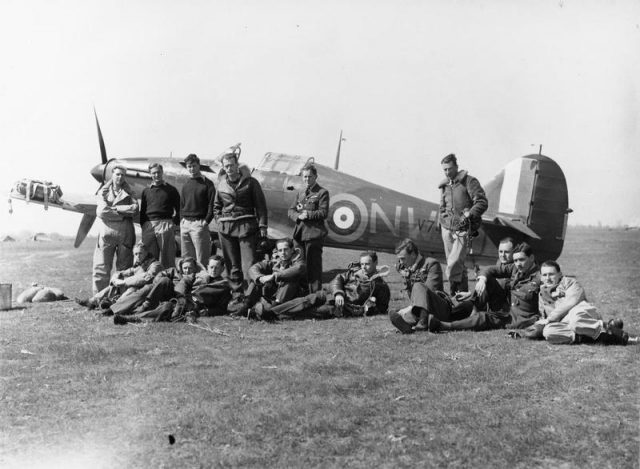 When, in 1939, the governments of both Britain and France declared war on Nazi Germany – after its September 1939 invasion of Poland – it marked the beginning of six turbulent and carnage-filled years. Survival, and certainly not Nessie-seeking, was the main thing on the minds of most people. Nevertheless, there were a few notable Nessie encounters reported during the time when nut-job Hitler tried – but thankfully failed – to conquer Europe and then the rest of the planet.

August 18, 1941 was the date of a particularly notable encounter with one of the monsters of the loch, given that it was seen by no less than dozens of people. The specific location was the waters off of Glendoe Pier, where a creature, with a long neck and a humped body of around eighteen-feet-long, was encountered. Reportedly, the animal was seen for in excess of ten minutes, as it raced around the water at a surprisingly fast pace. 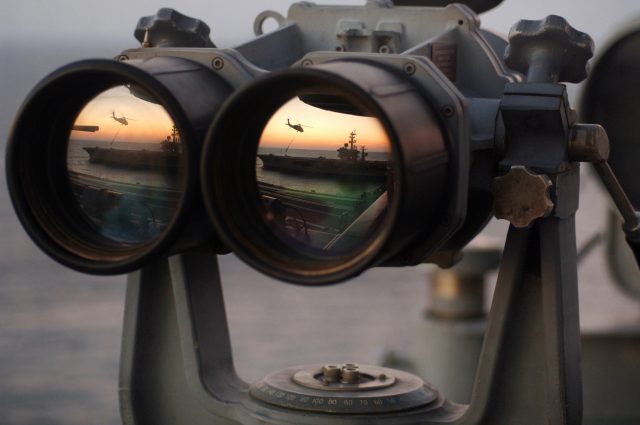 Then there was the 1943 report of one C.B. Farrell, who was attached to the military’s Royal Observer Corps during the hostilities. His job was to scan the skies for incoming German fighter-planes and bombers. Given his position with the ROC, Farrell was fortunate enough to have with him at the time of his sighting – which was roughly around 5:00 a.m. - a pair of binoculars. They provided Farrell with an amazing sight: a large animal, with an approximately four-foot-long finned neck. According to Farrell, the creature repeatedly ducked its head into the water, then raised it out, shaking it wildly. It was Farrell’s opinion that the animal was possibly feeding on shoals of fish at the time he encountered it.

The summer of 1946 was when the Atkinson family saw a monster in the waters off Dores. It was purely down to chance that they got to see the beast: as they drove past the loch, their car suffered a flat tire. Mr. Atkinson quickly pulled the car over to the side of the road and proceeded to change the tire – only to be interrupted by the sight of a large, long-necked, gray-colored creature. The beast’s presence evidently had a traumatic effect on Mrs. Atkinson, who had chills and fears relative to what else of a terrifying nature might be in the loch – never mind just the Nessies! Christmas 1948 was looming on the horizon when Mrs. Russell Ellice and her two children encountered a long-necked Nessie, in the waters. Unlike the aforementioned Mrs. Atkinson, the Ellice family was delighted to see the mysterious thing. Indeed, it made Mrs. Ellice’s day.

Some See a Smartphone in a Painting of a 1630s Scene