Well, my most recent article here at Mysterious Universe - "Are UFO Abductees Being Secretly Watched?" - provoked some interesting Facebook comments and messages - and emails, too. Some people were supportive of the theory that there is clandestine and widespread surveillance of alien abductees. Some even shared their stories with me on their own experiences. Others, meanwhile, considered the whole thing to be a bunch of nonsense born out of hoaxing and fantasizing. But, that latter category of people forget something important. In fact, they forget something very important. Or, maybe, they're not even aware of what I'm about to state now.

Long before the alien abductees were on the scene, there were the Contactees - those people who, predominantly in the 1950s and the 1960s, claimed face to face contact with human-looking aliens, and who were concerned by our growing nuclear arsenals and the reckless ways in which we were exploiting the Earth and its inhabitants. They made grave and dire warnings of what would happen if we didn't curb our warlike ways: a radioactive nightmare and the end of civilization would be the only inevitable outcomes. As an aside, given the way things are going right now in the world, they just might have had a point. But, there is something else too; something which has deep relevancy to the matter of someone - or some agency of government, the military, or the Intelligence community - spying on those who have undergone the abduction experience. 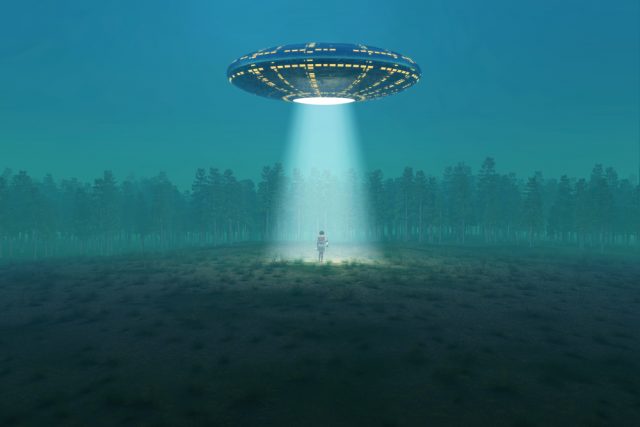 Just about all of the Contactees of the fifties and the sixties were watched secretly, carefully and closely by the FBI. George Adamski's FBI file reveals that the Bureau was concerned by two things: (A) Adamski's claims that his long-haired "Space Brothers" and "Space Sisters" were probably communist in nature; and (B) Adamski's ability to influence lots of people (his 1953 book, Flying Saucers Have Landed - co-authored with Desmond Leslie - was a huge seller). George Van Tassel was secretly watched too: his FBI file is extensive and covers the early 1950s to the middle part of the 1960s. He also talked about the politics of the aliens, as well as how he was reportedly told by his space-buddies that many of our major religions were born out of visits from ancient astronauts.

Contactee George Hunt Williamson had an FBI dossier opened on him, as did Frank Stranges, of Stranger at the Pentagon infamy. Truman Bethurum - the man who lusted after hot and curvy space-babe Aura Rhanes - was watched. As was Orfeo Angelucci. Moving across the pond, in the late 1950s the British Police Force's Special Branch opened a file on the Contactee-driven Aetherius Society. It was chiefly because the group often talked about the perils of atomic weapons - and to audiences of people who listened very closely to what was being said. It's clear from the files referred to above that the relevant agencies did not believe the tales that the Contactees were telling. But, when it comes to their particular stories, that wasn't the point. The point was that that the Contactees were saying a great deal of controversial things - and a lot of people listening to what they had to say were nodding their heads eagerly and in agreement. That's what specifically had the FBI concerned.

Much the same can be said about today's alien abductees. Namely, that more than a few books on the subject have sold very well. In many of those same books the bug-eyed Grays have warned those who have been abducted about the perils of nuclear war, of the destruction of the rain-forests, of the collapse of the ozone-layer, of the decline of the human race and...well, you get the picture. Just like the Contactees of yesteryear, the alien abductees of today - and particularly those who lecture and write articles and books - are in prime positions to potentially influence many.

Had there not been widespread surveillance of the Contactees in the 1950s and the 1960s, I might be inclined to dismiss some of the accounts of government agencies watching the abductees today. But, the FBI's surveillance of the Contactees went on for years. Voluminous files were created. Special-Agents of the FBI sat in the audiences at Van Tassel's and Adamski's lectures - as the now-declassified files show. They even visited Van Tassel at his Giant Rock, California home, and on several occasions.

In light of all this - namely, the political/nuclear//end-of-the-world issues that led the FBI to keep a careful and clandestine watch on the Contactees - it doesn't seem strange to me at all that what was going on in the 1950s with Adamski & Co. has its very own modern-day equivalent: the surveillance of the abductees.

We May Soon Be Eating Carbon Dioxide