When it comes to comets making direct hits on our home planet, no news is good news. Today isn’t one of those days. A new NASA study of the Oort cloud where most of our solar system’s comets are born found that these frozen space rocks are much bigger than expected and up to seven times more likely to hit Earth than previously thought. Is it time to tell Elon Musk to hurry up with that Mars ship?

The study, published in the current edition of The Astronomical Journal, used NEOWISE (Near-Earth Orbit) data from the Wide-field Infrared Survey Explorer mission to track so-called ‘long-period comets’ which have orbits or 200 years or longer. That’s just the minimum cut-off – some of these comets can take thousands of years to complete one orbit around the Sun. The comets with shorter orbits (decades rather than centuries) are generally ‘Jupiter family’ objects that are heavily influenced by the largest planet (that we know of) in the solar system.

If they don’t fly by for hundreds of years, why should we -- with so many more immediate problems -- care?

"The number of comets speaks to the amount of material left over from the solar system's formation. We now know that there are more relatively large chunks of ancient material coming from the Oort Cloud than we thought."

University of Maryland astronomy professor and project leader James Bauer warns that the data shows there are seven times more long-period comets measuring at least 1 kilometer across than NASA once thought. It gets worse. Not only are there more of them, they’re bigger than the Jupiter family comets because they spend more time staying solid in frigid space than melting away near the Sun.

"Comets travel much faster than asteroids, and some of them are very big. Studies like this will help us define what kind of hazard long-period comets may pose."

Well, at least there’s a group of astronomers watching these long-period comets who will be able to give us some advance warning to start kissing up to Elon Musk for a seat on his Martian bus, right? 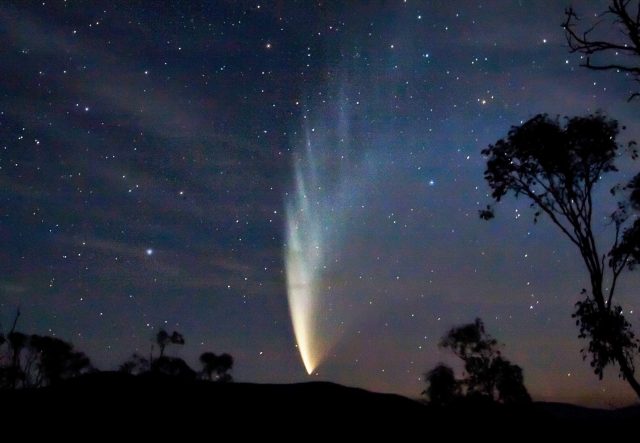 Wrong. On July 23rd, 2017, the ATLAS-MLO telescope in Hawaii detected that asteroid 2017 OO1 was on a collision course with Earth. In this case, "was" means the telescope picked up the asteroid three days AFTER it had already made its close pass of 76,448 miles away – just a third of the distance to the moon.

What was that Amy Mainzer said again?

“Comets travel much faster than asteroids, and some of them are very big.”

A Veterinarian “Meets” A Monster