Whether you’re interested in traveling to other planets or galaxies, preserving your body for a time when medicine can heal it or just wanting to see one of the great tenets of science fiction become science fact, you have to wait until cryogenics or some form of suspended animation becomes reality. That day just got a little closer – at least for zebrafish. Researchers have successfully frozen and revived zebrafish embryos with a cryoprotectant solution containing a surprise substance – gold nanotubes.

The motto of cryogenics research up until this point should be “Freeing is easy, thawing is hard.” Actually, the truly hard part is keeping the freezing body from expanding during the process and damaging its tissues. As anyone who has filled ice cube trays knows, liquid expands when frozen. The ‘solution’ solution thus far has been to replace the liquid in a body with a liquid having antifreeze properties. This has worked for single cells, but single cells can’t do much once they’re thawed on a new planet.

Neither can zebra fish, but the embryos of those tiny tropical fish are translucent, making them perfect for observing the effects of what has been injected inside the, According to a recent paper published in the journal ACS Nano, researchers from the University of Minnesota, the University of Hawaii and the Smithsonian Institute got the idea to inject the embryos with gold nanotubes because of their quick thawing properties.

Here’s how it worked. The live zebrafish embryos were injected with the new solution, then flash-frozen to -196 degrees Celsius (-320.8 degrees F). After a few minutes of frozen solidarity, the scientists shot laser pulses at the embryos and quickly and evenly thawed them. The bad news is, only 10 percent of the embryos survived and continued to grow for at least 24 hours.

The good news is, ten percent of the embryos survived, proving cryogenics works and gold nanotubes are a key to reaching successful suspended animation, which is a key to reaching the far reaches of outer space. 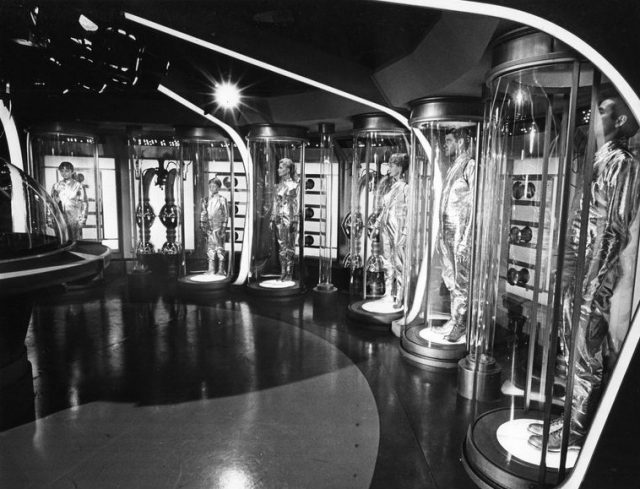 It remains to be seen if the reanimated zebrafish embryos would grow into normal functioning adults that at least could swim upright and not shiver constantly. That’s a long way from human testing but you can bet there are people lining up to volunteer. The rest of us would be wise to make our current lives better by investing in companies that make gold nanotubes.

“Were The Motives Magical, Ufological, Or Political?”