Demons, The Devil, And Fallen Angels is the new book from Marie D. Jones and Larry Flaxman. It's a book which is published by Visible Ink Press and that runs to 368 pages. I finished reading the book a couple of nights ago and I can say it certainly makes for great reading. It's important to note that you don't have to be of a particular religious persuasion to enjoy the book (or, like me, of no religious persuasion). Why? Because the book is refreshingly free of any kind of agenda to indoctrinate the reader to one particular belief-system. Of course, I knew that Marie and Larry wouldn't do that anyway, but for those who may not have read their previous books, it's important to note that they simply go where the data takes them - which is the best that any of us can do.

The book begins with a good, solid study of such issues as "original sin," the concept of - and theories surrounding - the nature of Hell and the soul, and how different cultures embrace different ideas and concepts. As a perfect example of just how wild some of the theories are for where Hell may be (if such a place exists...), our authors note, "During the eighteenth century, Englishmen suggested that Hell might be on the moon, or even Mars, or possibly outside the confines of the known universe. Before then, Hell was thought to exist on some deserted island, out at sea, or at either of the Earth's poles, before humans ventured there and discovered it wasn't there!" In other words, not exactly the fiery pit far below us that so many people think of.

In a section titled "The Devil and His Counterparts," Larry and Marie provide important data on the nature of the Devil, his various names and much more. They also, in skillful fashion, explain the many misconceptions concerning who, exactly, the Devil is said to be. Abaddon, Beelzebub, Lucifer, Satan, the Tempter: are they all based on one entity? Or, are we looking at multiple entities? If you don't know your devils, you certainly will by the time you finish Demons, The Devil, And Fallen Angels. 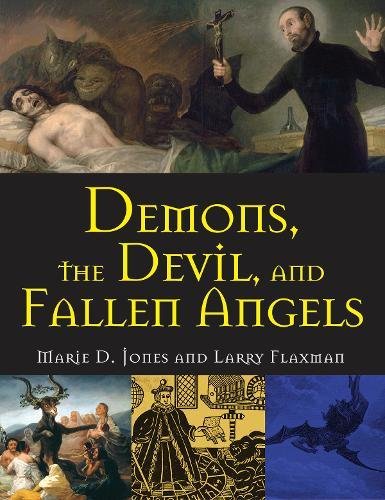 As Marie and Larry guide us through the story, we take trips to Egypt, Indonesia, Mesoamerica, Romania, the Ukraine, and into the domains of Buddhism, Hinduism, Zoroastrianism, and Taoism. We also learn much about atheism and evil. They ask the question: "So, if the concept of a personified deity such as God is missing, can evil still be a part of a person's philosophy?" This is a good, solid section of the book that makes for thought-provoking reading.

Of course, in a book like this, the issues of demonic possession and exorcisms are bound to turn up. And, they do. Also, and further demonstrating their level heads, Larry and Marie don't just share case after case. Rather, they also note the important angles of hysteria and mental illness. On this issue, there's this: "Demonic possession also has similarities to religious fervor or rapture, which can lead to hallucinations and speaking in tongues, and also to poltergeist activity in the same region of the temporal lobe as grand mal seizures in epileptics..."

On the other side of the coin, though, we have the following: "Often, a demon will attach itself to a person, item, or even a location and not let go without a series of exorcisms and cleansings. Even then, the attachment may simply be transferred to the person doing the ritualistic cleansing or to another person or location." 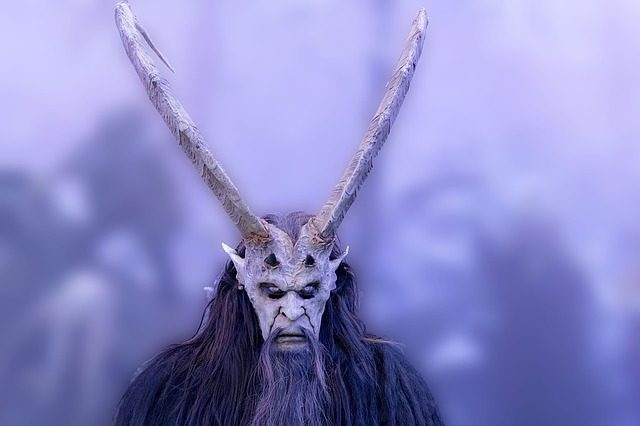 For me, personally, I particularly enjoyed the section of the book which focuses on the likes of Skinwalkers, the Shadow People, the Slenderman, the Grinning Man, the MIB, Jinn, Banshees, and much more. This is a particularly interesting chapter that gets to the malevolent heart of so many of these entities - both ancient and modern. In this same chapter, we also see Marie and Larry addressing the possibility of some of the world's "cryptids" (unknown animals) being demonic in nature. Creatures that fall into this category include the U.K.'s blazing-eyed Phantom Black Dogs, the Jersey Devil, Mothman, and the Wendigo.

There is way more too, including the Devil and his hordes in movies, music and novels. In this section we're exposed to The Exorcist, The Omen, the music of Led Zeppelin, and the works of Stephen King. In conclusion, Demons, The Devil, And Fallen Angels is an excellently researched, non-preachy, and solidly historical study of how beliefs in the existence of the Devil, demons and more came to be - and how they mean different things to different cultures.