Lost Languages of the Dark Ages Found in Egyptian Monastery

“The age of discovery is not over.”

Need proof? A group of researchers at the Early Manuscripts Electronic Library (EMEL) in California used a new technology on ancient manuscripts to discover writings in lost languages on parchments that had been washed and reused. Underneath the newer writing, the researchers found works written in the lost language of Caucasian Albanian and what may be the earliest medical writings of the oath man himself -- the Greek physician Hippocrates. The discovery also demonstrates the necessity in this digital age for libraries – the parchments had been kept in the library at the 1,500-year-old Saint Catherine’s monastery, the oldest continually operating library in the world.

“In the 20th century new manuscripts were discovered in caves. In the 21st century, we will apply new techniques to manuscripts that have been under our noses. We will recover lost voices from our history.”

Michael Phelps from the Early Manuscripts Electronic Library in California describes the new discoveries in old discoveries that the EMEL is finding using the latest in imaging technology. Some of the parchments at Saint Catherine’s monastery date back to its beginnings around 565, but the writings on the parchment often aren't as old. Since the medium was at times considered to be more valuable than the message, it was erased or recycled when it faded. Fortunately, remnants of the old ink and impressions remained in the parchment. Phelps and his team photographed it from multiple angles and under light from a wide variety of spectrums to capture any tiny pieces of letters. Then, using computer algorithms similar to those used to piece together fragments of the Dead Sea Scrolls, they painstakingly digitally restored what was first written on the parchment. 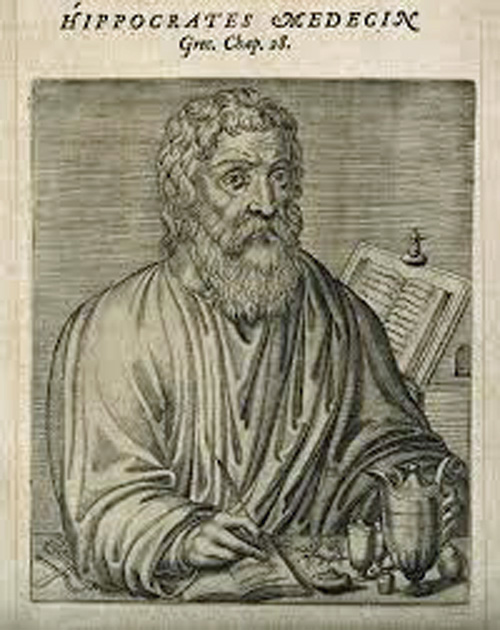 And what was it? Perhaps the most exciting finding announced at the headquarters of the Ministry of Antiquities in Cairo last week was the earliest known texts written by Hippocrates and other previously unknown ancient Greek medical texts. For lovers of lost languages, some other texts found were written in These include Caucasian Albanian, an ancient language that was extinct by the fifth century CE and is only found on a few stone inscriptions.

Now that this technique is proven, researchers hope to study more of the parchments in Saint Catherine's Monastery, also known as the Sacred Monastery of the God-Trodden Mount Sinai. The monastery has the second largest collection of early codices and manuscripts in the world (the Vatican has the largest) and an equally old and impressive collection of art and icons. Michael Phelps puts it best:

“I don’t know of any library in the world that parallels it. The monastery is an institution from the Roman Empire that continues operating according to its original mission.”

Do we still need libraries? Do you need to ask? Discoveries like these are proof that they’re truly the gift that keeps on giving.

The Beast of Bala Lake: A New Report