Magic Mushrooms Have Been Synthesized in a Lab

Do you have a desire for magic mushrooms but live in a city where there are no forests or pastures with the right conditions for growth? Do you live in an area where magic mushrooms grow but are afraid to go picking because you might get a poisonous one instead or worse, one that reminds you of a bad salad? Are you just afraid of breaking the law? Good news, ‘shroom fans – science has come to your rescue. Researchers in Germany have created synthetic psilocybin in a lab. Will they at least market it in mushroom-shaped bottles?

According to the journal Angewandte Chemie (it means Applied Chemistry, not Stoned Chemists), scientists at Friedrich Schiller University Jena (a college – what a shock) decided to tackle the mass production of psilocybin from a chemical standpoint since growing mushrooms is slow and genetically altering them is difficult.

The process of creating psilocybin is nowhere near as much fun and looking for ‘shrooms in the woods (so I’ve been told). The researchers first sequenced the genomes of two main types of mushrooms in order to determine which enzymes created the active ingredient psilocybin and in what order. Four enzymes are involved in the process in nature, but only three are needed to create the synthetic laboratory version. To speed up the process (my, my, they were in a hurry … I wonder why?), they created a bacteria to reproduce some of the steps.

The end result was what the scientists described as a "one pot reaction" recipe (interesting choice of words) for creating psilocybin on demand. And what a demand there is. The recent renaissance in the study of psychedelics as a pharmaceutical rather than recreational drug has led to them being tested for treating depression, anxiety, alcoholism and nicotine addiction. With the number of people who could benefit from safer and more effective treatments for those conditions, mass production of this synthetic psilocybin is needed. 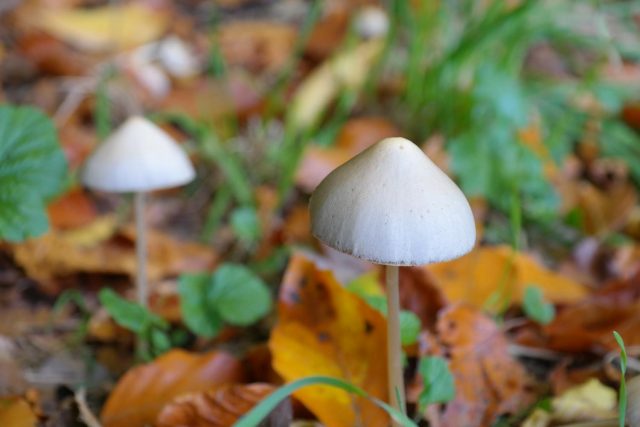 Don’t go running to your doctor just yet for a prescription in a mushroom bottle. While psilocybin is legal (or somewhat legal) in a few countries (Spain, Brazil, Jamaica) and it’s legal to grow mushrooms in the U.S. state of New Mexico, it’s a Schedule I drug in most countries with severe penalties for possession or use. However, the more it’s studied and tested, the closer it gets to being seen as a beneficial drug.

And of course, the corporate medical industry prefers selling synthetics whose prosecution can be controlled to letting everyone grow mushrooms (and pot) for free in their yard or window box. If you can’t wait for that, send your entrance application and college test results to Friedrich Schiller University Jena.