Well, my previous article, "Mothman and Nuclear Nightmares" provoked an interesting response. Several people contacted me to share what may well be related accounts and experiences. As you will recall, the key issues of the article concerned apocalyptic dreams (all of the nuclear war kind), the North Korea tensions, fears for the safety of the people of Chicago, Illinois, and the Mothman. As I wrote in the previous article:

QUOTE: "In the last week, three people have contacted me with eerily similar stories. Or, rather, with eerily similar nightmares. On August 8, I received a Facebook message from a guy named Kenny, who had a horrific dream of nuclear war two nights earlier. Kenny lives in San Bernardino, California and woke up suddenly in the dead of night in a state of terror. As Kenny explained, in his dream he was sitting in the living-room of a house in a small town outside of Lubbock, Texas. Kenny had no idea of the name of the town, only that he knew it was near Lubbock – a place he has never visited. In the dream, Kenny heard a sudden and deep rumbling sound that seemed to be coming from somewhere faraway. He went to the screen door, puzzled, and peered outside. To his horror, Kenny could see way off in the distance, the one thing which none of us ever want to see: a huge, nuclear mushroom cloud looming large and ominous on the horizon." END OF QUOTE.

All of which brings us to the latest developments. One of those who contacted me was Chris O'Brien, a well-known author of many books, including Stalking the Herd and Secrets of the Mysterious Valley. Chris told me:

"Back in 2005 Grandfather Martin Gashweseoma, for many decades the 'Fire Clan Prophecy Tablet' holder, spent a week with Naia and I at our home in Sedona, AZ. We had met him 10 years prior and we had become friendly with the then 83 year old Traditional Elder. During one conversation about the predicted 'End of the Fourth World,' I asked him how the dreaded 'War of the Gourd of Ashes' would end. (In 1989, Martin announced the start of the final conflict would begin within the year and it did with 'Desert Storm.') He said that North Korea would send fiery birds high in the sky to the US. I pressed him for further details suggesting maybe he meant China, and he said 'No, Korea will be behind this attack, possibly w/ the help (or at the behest) of China.' At the time Korea had no functioning nuclear weapons program and no ICBMs. As we all know, this has changed...Just thought I'd mention this!"

Then, there was this from Stephen Polak, who responded to my article as follows: "As a Chicago resident myself who has recently had a dream of being consumed [by] an enormous wall of fire, I find all of this rather disquieting..." 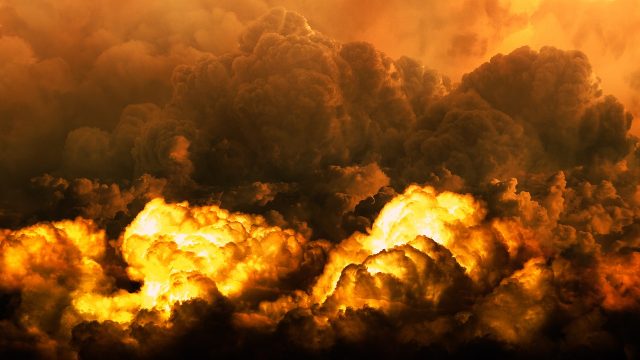 Over at Red Dirt Report, Andrew W. Griffin commented on my article in a feature of his own titled "Riders on the storm (Strange days have tracked us down)." In his article, Andrew says: "Clearly we are entering very troubled waters. And it seems that the collective unconscious of humanity is clueing in that we are entering a perilous period in our history. So, when I saw Nick Redfern’s new post at Mysterious Universe – 'Mothman and Nuclear Nightmares' – I took pause, as he notes that '(i)n the last week, three people have contacted me with eerily similar stories' involving nuclear apocalypse."

Interestingly, Andrew added that in relation to Kenny's dream of a nuclear bomb exploding near Lubbock, Texas, it was "...not unlike my own dream that I wrote about on Jan. 26, 2017, which involved nuclear detonations near Joplin, Missouri." You can find the story of Andrew's graphic dream at this link, and here's an extract from it:

"We were in a car in the vicinity of Joplin, Missouri - something I noted in my mind in that it is on that nexus of high weirdness 37 degrees north and 94 degrees west (which I recently addressed here) – and nuclear explosions, followed by menacing mushroom clouds, are going off at various intervals...And yet as the nuclear blasts send radioactive debris through the town and infecting everything in its path, I seem to be the only one alarmed by what is happening around us. The whole experience has the feeling of a guided tour through a park or historic site..." 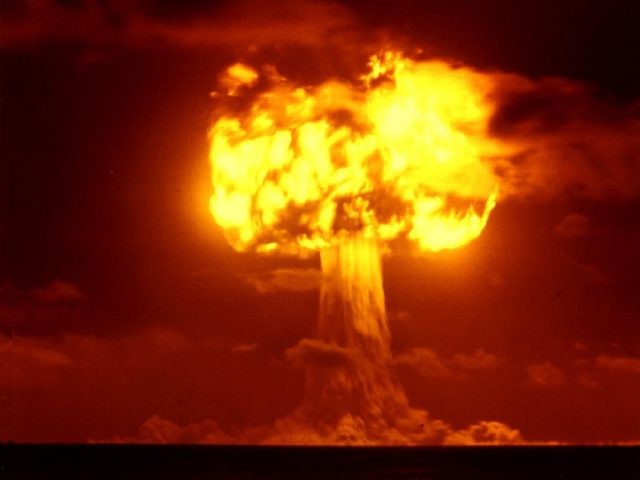 Then, there was a Facebook message from Andy Tomlinson, of the city of Manchester, England. Back in early June of this year, Andy had a dream of being in a deserted London. The city was not destroyed or in flames. It was, said Andy, "like they had all been evacuated," which is an interesting phrase to use. Well, I say the city was deserted. It was, except for two things: one was the sight of "a massive big black bird over [the Houses of] Parliament." Then, as Andy walked the streets, trying to figure out what had happened, he had that feeling of someone watching him. He turned around to see a man in a black trench-coat right behind him. The man was pale, gaunt and - as Andy worded it - "had a funny smile." Andy's description sounds very much like a certain sinister character in the saga of the Mothman - one Indrid Cold. Andy then woke up with his heart pounding, relieved that it had just been a dream. Or, was it something more than just a dream?

What makes this all so odd is the following: on the day my "Mothman and Nuclear Nightmares" article was published, and after I posted the link to my Facebook page, it was picked up by several other people who shared it on their Facebook pages, too. On one of the shared posts, there was a comment from a guy named Thomas C. Wilson. He asked if there had been any Grinning Man sightings. Indrid Cold falls definitively into the GM category.

I seriously doubt this will be the end of things (no pun intended!), and I'll update you with any other developments if and when they surface.

The Little Green Men Days Festival and the Total Eclipse