Yes, I know … if it was truly ‘apocalyptic’, why are we here reading about it? That’s a good question – one of many we’ll try to answer as we look at a cloud that appeared over Brazil recently that looked pretty sinister to Brazilians and ‘apocalyptic’ to headline writers.

The mysterious cloud appeared on the evening of August 17th over Teixeira de Freitas, located at the southern in of the state of Bahia on Brazil’s Atlantic coast. It’s claim to fame until the possible apocalyptic sign has been its rapidly expanding array of large eucalyptus plantations which feed an expanding array of factories processing the plant for cellulose.

The primary witness to the eerie cloud was João Paulo Magalhães, who says he captured it on video at about 5 pm in the Santa Rita neighborhood of Teixeira de Freitas. He posted it on Facebook and gave this description:

"It really looked like the entrance to a meteorite or something. I was scared too, we thought it would form a tornado."

“We” as in the other people who were with him at the petrol station where he saw the phenomenon. Magalhães was apparently not the only witness to record the cloud with his phone as other pictures soon appeared on the Internet. The reports with the photos said that the ominous-looking cloud dissipated after about five minutes -- reducing fears and increasing speculations, especially with the full eclipse of the sun just four days away - even though it would not be seen in Brazil ... no sense wasting a good opportunity to connect remote dots. That’s what many media outlets did with their “apocalyptic” headlines.

Cooler heads – i.e., meteorologists who have their heads in the clouds as part of their job – looked at the photos and proclaimed the phenomenon to be nothing more than a “dust cloud”

A dust cloud. Move along. Nothing apocalyptic to see here. Well, that’s a relief. Or is it? No one gave any explanation for what caused the “dust cloud.” Dust clouds are not normal meteorological events. As mentioned before, Teixeira de Freitas has a booming eucalyptus economy that is controversial because the non-native plant is a huge consumer of water yet is ironically a big fire hazard because eucalyptus oil is highly flammable. Was this ‘dust cloud’ the result of a fire or dry conditions that those possibly responsible (agribusiness and factories) wanted covered up? 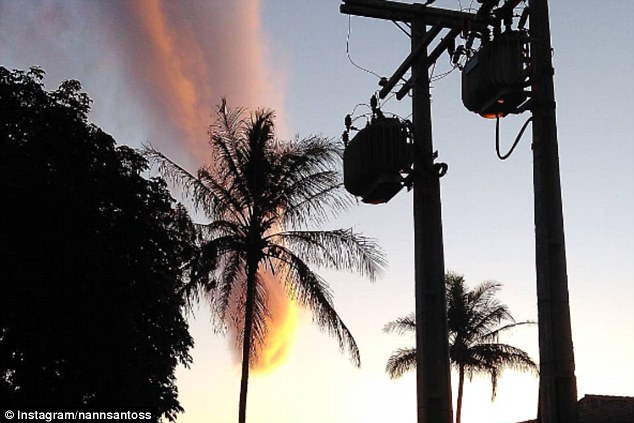 The residents of Teixeira de Freitas should demand more answers about this “dust cloud.” Ignoring the impact of business on the ecology of Brazil is a true apocalypse.