How many scary, creepy or paranormal traits can be crammed into one location? The Clown Motel in Tonopah, Nevada, may be near the top of the list. It’s haunted; it’s on a long stretch of lonely deserted highway; it’s next door to a cemetery filled with the graves of people who died under mysterious circumstances; and, of course, as the name suggests, it’s filled from top to bottom with clown figurines, mannequins, paintings, and occasionally, live clowns. Why would anyone drive 250 miles northwest of Las Vegas to stay here instead of at a kitschy but ghost-and-clown-free (well, except for Circus Circus) hotel? A better question is, why would anyone want to buy this property now that it’s for sale … with the contractual obligation to keep the clowns and the clown theme? Did Pennywise save enough pennies? 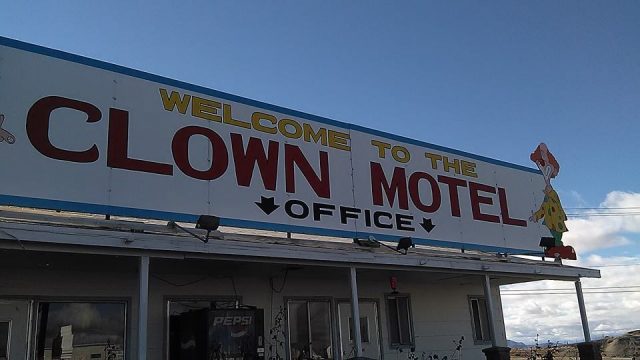 Tonopah is located at the junction of U.S. Routes 6 and 95, halfway between Las Vegas and Reno with not much between it and either city. It became a boomtown in 1900 when silver was found, but was nearly deserted by 1920 when silver and gold mining operations shut down. In that short period of time, the small town cemetery filled with the graves of many locals, including prospectors and townspeople killed by a mysterious plague in 1902, and 14 miners who died in a mysterious mine fire in 1911. These may be the source of some of the ghost stories. 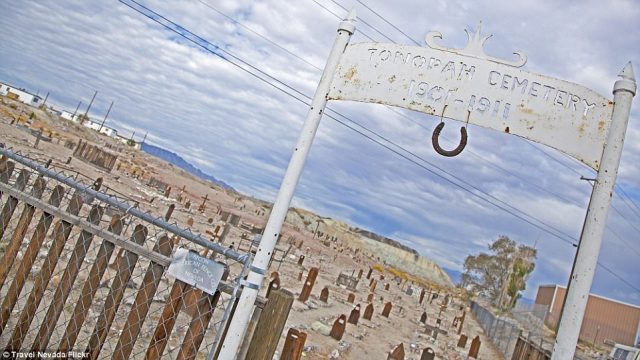 Then again, how can one think about ghosts when you’re in a motel surrounded by clowns? The greasepaint ghouls came from Leona and LeRoy David, a brother and sister who built the motel in 1985 and chose the site next to the cemetery because their father was buried there. They put their small collection of clown memorabilia on display and ran the inn until 1995 when they sold everything to Bob Perchetti, whose family has lived in Tonopah for four generations and most certainly knew the haunted history of the motel and its clownish contents. 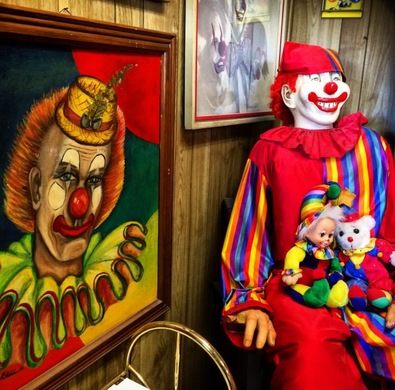 Seven-year employee Marlena Dufour says she’s seen apparitions and moving mannequin hands and has heard disembodied voices. Dufur told the Las Vegas Review-Journal that a guest had a room key mysteriously disappear. However, it’s the clowns that cause the most trouble. While many guests come dressed as clowns and enjoy the experience, others have walked into the office and screamed or fainted.

How could anyone want to sell such cool place, you ask? The usual excuse … Perchetti wants to cleanse his soul so he’ll get into heaven. Actually, it’s a more boring but predictable reason … he wants to retire and spend more time with a family. Anyone who has owned or worked in a motel knows the feeling. It’s an exhausting job, even with the built-in entertainment from scared and panicked guests. 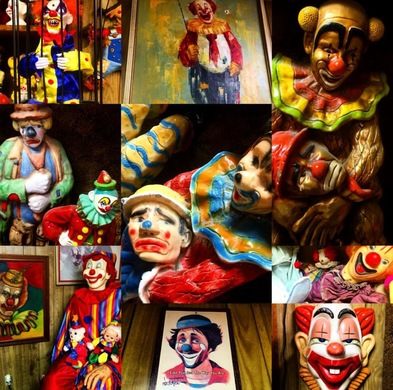 Perchetti is asking $900,000 for the Clown Motel and claims he’s had at least seven offers. Buyers may be turned off by the price or the requirement to contractually keep the place open as the Clown Motel.

"They can improve it any way they want, but we don't want to lose the clown motel. We want it to be bigger and better."

And scarier? That will get more guests like this one who commented on the motel’s Facebook page:

“The only trouble are the voices. 'They won't stop whispering. They want me...they want me to do things. Terrible things.”

Canadian Embassy in Ireland May Be Haunted