No Return is the title of a new book from David Booher. It is published by the good folks at Anomalist Books. The subtitle is UFO Abduction or Covert Operation? That's a very good question! I finished reading the book last week and, I can say with certainty, it does not disappoint. It's a real-life, little-known, saga that dates back to the latter part of the 1950s. It still remains filled with enigmas and puzzles, close to sixty years after it occurred.

Anomalist Books' publicity page for No Return states: "On a lonesome road in Utah, a young soldier returning from leave speeds through the desert night. Suddenly the sky lights up as a blazing object streaks across the highway and crashes nearby. Stunned, the soldier stops and decides to investigate. Little does he know, but his life will never be the same again. This is the true story of a man named Gerry Irwin. Following a mysterious experience in Utah in 1959, inexplicable blackouts and bizarre behavior threatened to derail his promising Army career. Then one day he suddenly deserted his Army post in Texas and disappeared without a trace. No one knows what became of him—until now. What happened to Gerry Irwin? Was he abducted by aliens, in what would amount to the first known case of this phenomenon on American soil? Or was he a pawn in a covert intelligence operation? And how does his story really end? A new investigation launched in 2013 attempts to answer these and other questions, revealing along the way the ordeal of a man whose mind was ravaged by a confrontation with the unknown." 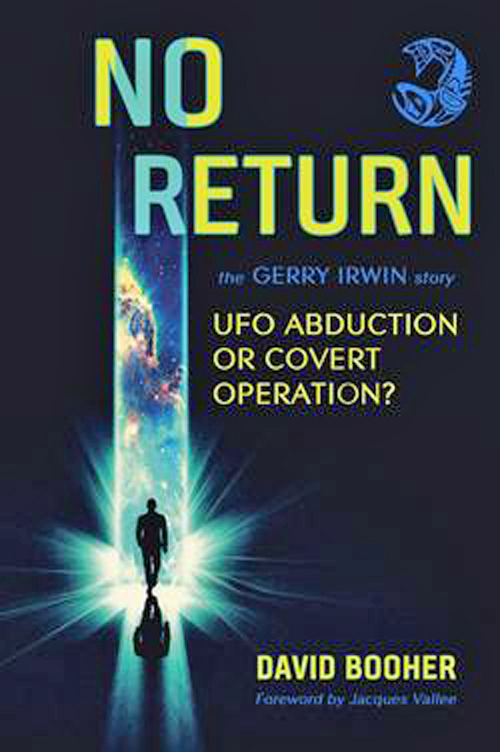 To his credit, David Booher is refreshingly open-minded on the matter of what happened to Gerry Irwin on the night of February 20, 1959. He tackles all of the various theories which have been suggested: alien abduction, MK-Ultra-type mind-meddling, and a hoax on the part of Irwin himself. In other words, the book is free of any particular agenda - which is something you seldom see in a book that is focused on the domains of the paranormal, the conspiratorial, and the ufological.

Long-time ufologist Jacques Vallee agreed to write the foreword. Vallee says something in his foreword that is of critical importance: "I believe two major themes stand out from the insights we can derive from David Booher's work: First, the virtue of a patient, long-term perspective on cases that seemed forever lost in amnesia or hidden in secrecy; and second, the critical need for an intelligent alternative to the shoddy, pop psychology of hypnosis that has come to masquerade for 'research' in numerous reports of UFO abduction."

Although many people reading this review will possibly never have heard of the case, it was highlighted not at all long after it occurred. That coverage came from both the media of the day and the UFO community of that era - and primarily by Coral and Jim Lorenzen of APRO, the Aerial Phenomena Research Organization. The affair was also highlighted by Jacques Vallee, in his 1988 book, Dimensions: A Casebook of Alien Contact.

It was in November 2013 that author Booher, while digging into a UFO book of yesteryear, came across the case. Booher knew of it from years gone by, but on visiting it yet again he became fascinated. It was, of course, the saga of Gerry Irwin. In no time, Booher found himself immersed in a definitive mystery. There was one question Booher wanted answering: what really happened to Gerry Irwin in 1959?

Booher is not someone content to get all of his data from the Internet. As we quickly learn, he is someone who has a very proactive approach to his UFO research: he first set about locating Irwin. Booher succeeded: Irwin was still alive and in his eighties. In practically no time at all, Booher then finds himself immersed in a definitive mystery of epic proportions. At times the story becomes almost surreal, as our author seeks out the truth of what happened to Irwin. Nothing is quite as it seems. Significant portions of Irwin's memories are gone, wiped clean. We learn that, as Irwin's military records show, at one point after his mysterious experience, he was "interviewed under the influence of sodium amytal" by a psychiatrist assigned to Irwin, a Captain Valentine.

Booher skillfully juggles the two primary theories offered for Irwin's experience: abduction by extraterrestrials versus mind-manipulation by something akin to the CIA's MK-Ultra program. In a strange set of circumstances, Booher makes an intriguing case for both theories. On the one hand, he notes some of the classic aspects of an alien abduction event that are central to the experience of Irwin. We're talking about (A) a strange light seen in the sky; (B) "missing time;" and (C) evidence of "psychological trauma." Also in terms of the alien angle to all of this, Booher notes the similarities between Irwin's encounter and that of Betty and Barney Hill in 1961.

On the other hand, though, Booher does not shy away from looking at Rich Reynolds' research into Antonio Villas Boas famous "close encounter" of 1957. It was an encounter which allegedly saw Brazilian Villas Boas get it on with a wild and willing space-babe from a faraway world. The curvy and stacked hottie even growled. Could it get much better? In case you don't know, Rich's work has shown that there may well be a very down to earth (but no less controversial) answer to the Villas Boas story - one which is connected to government mind-control programs. Booher recognizes this and presents the reader with his observations and theories on this issue. And, it should not go without notice that Booher also addresses the theory that the whole thing was a hoax by Irwin himself, a very odd attempt on his (Irwin's) part to get out of the military. Booher does so in a fashion that makes it clear he wants answers - regardless of what the outcome might be. That Irwin did go AWOL at the time becomes the subject of a 20-page chapter. 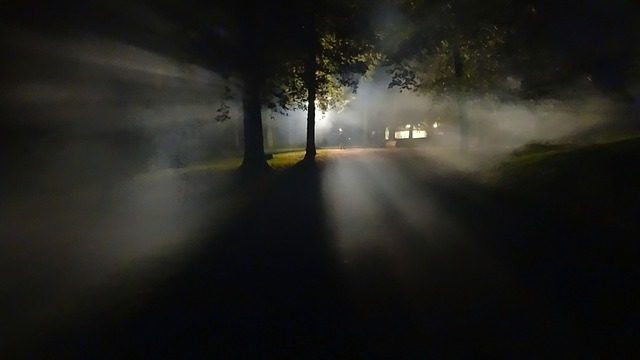 One of the most intriguing parts of the book is that which highlights the various official, military documents on Irwin that Booher was able to obtain. One such document was prepared by the aforementioned Captain Valentine - who sought to figure out what had happened to Irwin. The document includes the following words from the captain: "[Irwin] stated there was a 'special intelligence' that he couldn't explain to me, since it would be incomprehensible to me, which has directed him not to remember or not to tell me about any of the events in Utah." Captain Valentine also noted in the papers that: "[Irwin] states 'it' all began at the age of three years." Booher suggests this latter quote "provides further support for an abduction scenario."

I won't reveal to you all of Booher's conclusions, but what I will say is that he has written an absorbing, unbiased and genuinely fascinating story. It's Booher's own, personal search for the truth of a young man whose life was forever changed on a dark night back in the fifties. You should read this book.