The Ouija board, and its predecessors in spiritualism that include table turning and similar methods of divination, have long fascinated us. Even the scientific explanation for what moves the planchette—a psychological phenomenon called ideomotor response—is by itself fascinating, without having to infer that some actual knowledge of things beyond the known senses can be gleaned from a parlor game.

However, could there be more to the Ouija board, and its seemingly uncanny ability to relate messages that appear to have spiritual origins? The best explanation for the workings of the famous “talking board” does entail that processes working within the subconscious mind are far more involved than most of us (and yes, to some degree, even modern science) can yet ascertain.

While this in itself is a fascinating realization, pair with it the unusual stories shared by those that use the Ouija, and it does become difficult to ignore the possibility that there are other processes involved, some of which science cannot yet explain.

Such a story was shared with me recently by a listener of my podcast, who told me about how his mother used to play with Ouija boards with one of her best friends when they were in their twenties. He explained that she is in her early 70s today, but that her memory of experiences with the Ouija board presented her with a number of unexplainable coincidences over the years, which challenged her perspectives on such things as death and the afterlife. 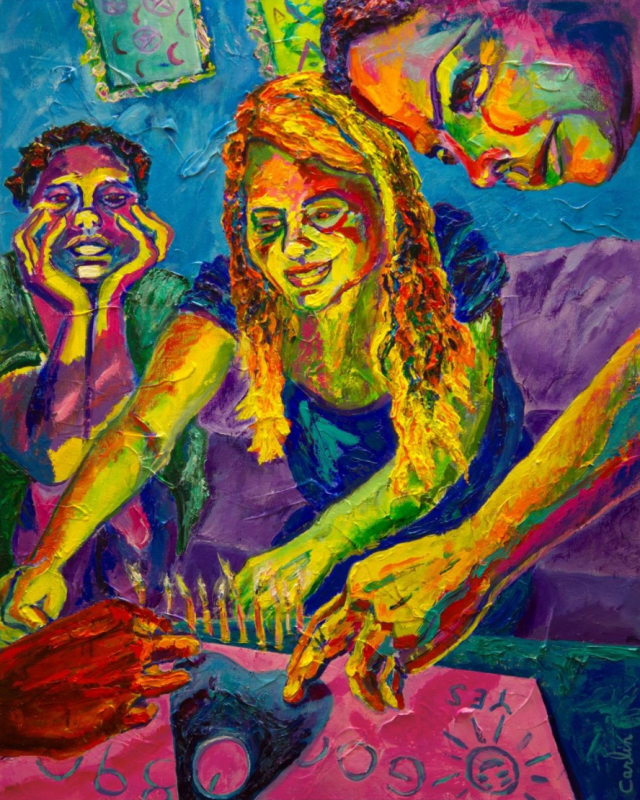 “Mom got so good at using it that she could actually use it by herself,” my contact, Eric, wrote to me. “It wasn't until many years later after she had long stopped that she learned using it by yourself was a bad idea! Not only that, but things that it told her 50+ years ago are still coming true even now.”

Some of the things that were shared through the Ouija board included significant events in her life; for instance, it predicted that she would marry three times, and have three children. Not only was this true, but strangely, she actually divorced, and then re-married her second husband, with whom she had two children. Her eldest child of three had been born during her first marriage. This marriage ended when her first husband was killed in a helicopter crash; the Ouija board, however, had predicted that she would lose her first husband “in a plane crash.” Both of the woman’s husbands, according to the board, would serve their country “during a war in Vietnam,” to which she apparently laughed at first, since at the time such a war had been unforeseen. This, like the other predictions, also proved to be accurate.

Another death the board apparently predicted involved her best friend, who it said would die in a snow storm; however, the friend in question passed away from multiple sclerosis instead. However, the grim prediction that one of her friend’s husbands would die of “brain sickness” proved to be chillingly correct: he passed away at age 39 after losing his battle with brain cancer.

On another occasion, there was an aunt that the woman hadn’t heard from in a long time. According to Eric, his mother asked where the aunt was living at the time, to which it replied, “Sumter, South Carolina.” Within one week, she was very surprised to receive a letter from the same aunt, with a return address for Sumter, South Carolina. 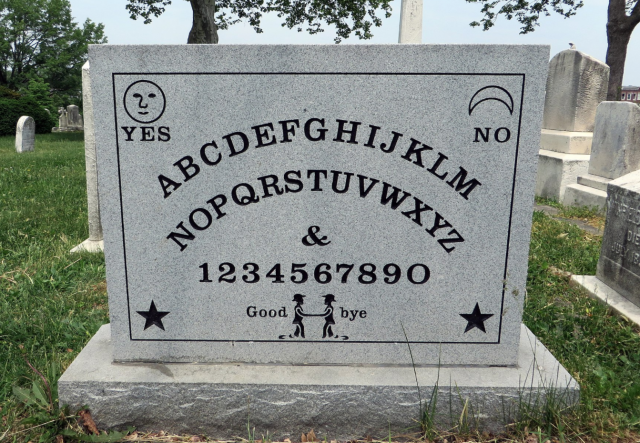 While the predictions, and their startling accuracy, had been of obvious interest, there was also the matter of what the source of the information had been. On the one occasion where she asked the board who she was talking to, the board simply spelled out that it had been “a spirit of God.” Eric told me that his mother asked if the “spirit” had seen God, to which the planchette quickly moved to “Goodbye,” after which it allegedly ceased to move for an entire week. She also said that the planchette would end the session in this way if, at ay time, the girls laughed during their Ouija board sessions. This “spirit,” it seemed, was not much for humor.

Can ideomotor response alone explain the apparent prescience of the Ouija board in such circumstances? Perhaps this, and other related phenomenon, are indeed at the heart of what mechanisms allow the Ouija board to function. And yet, perhaps there are also nuances to the device and its predictive capabilities that do still elude us, and for which answers may remain elusive for some time to come.

The Mystery Mummies of Colombia