Has this ever happened to you? You see a television report about a porcelain doll purchased for a few dollars from a secondhand store. The doll turns out to be possessed by some evil spirit and terrorizes the family that took it in – moving objects around, setting off smoke alarms, making strange sounds and leaving the legs of an adult man covered in mysterious scratches. You think to yourself, “Gee, I’d like to have a doll like that.” So you purchase the formerly cheap china turned possessed porcelain doll on eBay for £866.00 ($1122.77). You proudly display your new possession (ironic?) in your parents’ home. What could possibly go wrong?

“My mum shouted to me, “Lee, you best get downstairs – your dad’s getting affected. He’s got scratches on him.”

“Lee” is Lee Steer from Rotherham, South Yorkshire, a paranormal investigator who either didn’t investigate this thoroughly enough or was looking to flip the doll to another fool after appearing on TV with a new tale of terror. Lee lives with his parents, Paul and Amy Steer, who obviously want the doll out their house (and probably Lee out of their basement) after Paul noticed that the pain in his arm was caused by six mysterious scratches. 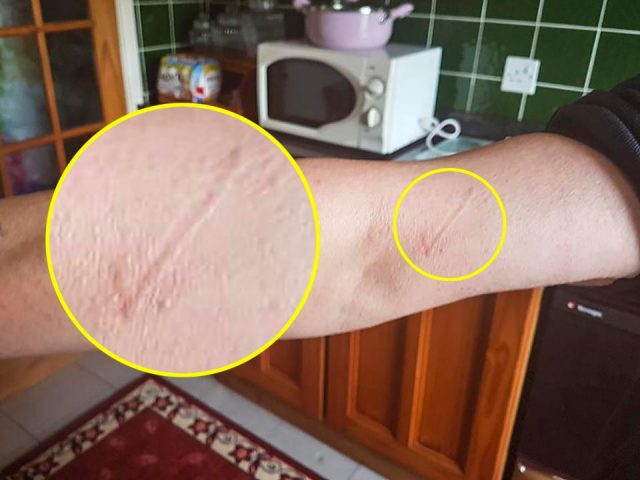 “It seems pretty similar to the scratches on Debbie’s husband from what I can tell. We have no idea where they came from. My dad’s a believer. He’s said he’s not happy with it being in the house.”

Lee claims that strange things started happening as soon as he bought the doll, even before it was actually delivered to the house. Things like a picture swinging on a wall when Lee mentioned the doll and another picture mysteriously falling out of its frame. He live-streamed the arrival and unveiling of the doll (of course) and claims a light he was using suddenly began to flicker and some people watching the broadcast reportedly saw the doll’s eyes move. 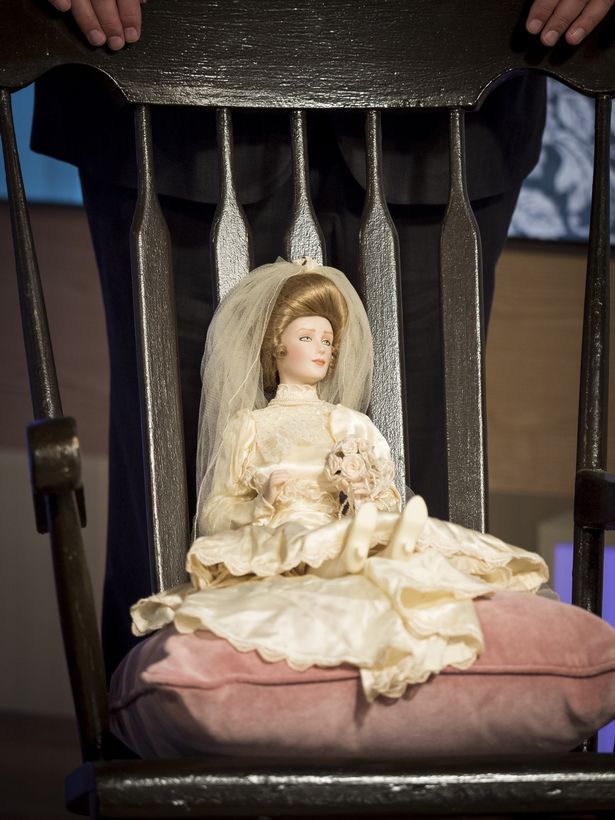 The doll is now on display in Lee’s bedroom or, as he calls it, his “Haunted Objects Museum.” He’s not afraid that the doll will start scratching him because he’s single (what a surprise). While doing research, he found that this type of porcelain doll in a bridal dress was often given to newlywed couples. Lee thinks this could explain why it seems to only attack married men like his father and the previous owner’s husband.

"We're planning to test it out on married couples - we've already had volunteers."

Insert “Further proof some people will do anything to get on TV” here.

Lee says a random word app that can allegedly be manipulated by spirits has indicated that the doll’s name is “Samantha” and it would like to “Strike Lee.”

The Inside Story of Disney’s Mythic UFO Documentary and Conference: Part One