South Carolina Warns to Beware of Lizard Men During Eclipse

Is the state of South Carolina getting a little edgy? Just days after issuing a warning to residents about possible Bigfoot sightings coming from the direction of North Carolina, the South Carolina Emergency Management Division (SCEMD) sent out a bulletin asking residents to be on the lookout for Lizard Man during the upcoming solar eclipse on August 21st. It also warns of other potential paranormal phenomenon during the eclipse and tells residents, “If you see something, say something.” How about: “Wait. What?”

"SCEMD does not know if Lizardmen become more active during a solar eclipse. But we advise that residents of Lee and Sumter counties should remain ever vigilant." 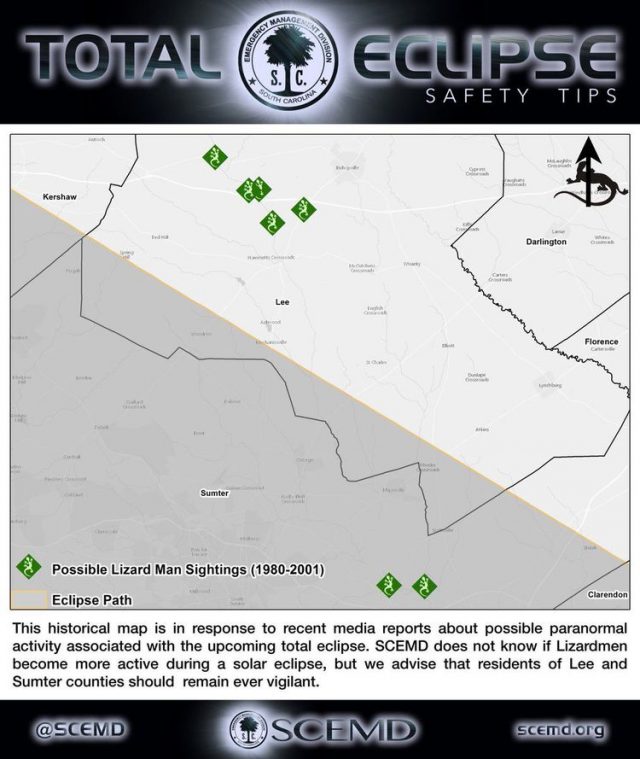 As fans of the scaly cryptid may recall, the first sighting of the creature occurred on June 29, 1988 at 2 a.m. when Christopher Davis, then 17, stopped to change a flat tire at the edge of the Scape Ore Swamp in Lee County. He claimed a 7 feet (2.1 m) tall humanoid lizard chased him into his car and then hung on it while he drove away, scratching the roof and damaging a side view mirror. The news brought out reports of other sightings of large lizard-like creatures and unusual car damages. The sightings tapered off by 1990 and occurred sporadically since, with the latest being an infamous photo taken in 2015 near the Scape Ore Swamp . 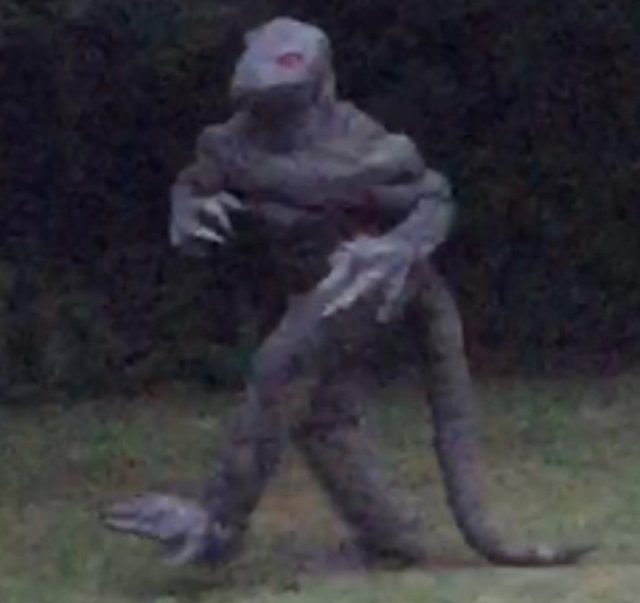 SCEMD issued a tweet with a map showing possible Lizard Man sightings from 1980 to 2001 and their proximity to the path of the total eclipse. While the Scape Ore Swamp is just outside the path, other sightings were smack in the middle of it. SCEMD didn’t supply a map of Bigfoot-sightings-to-eclipse-path, but NASA did. Really! 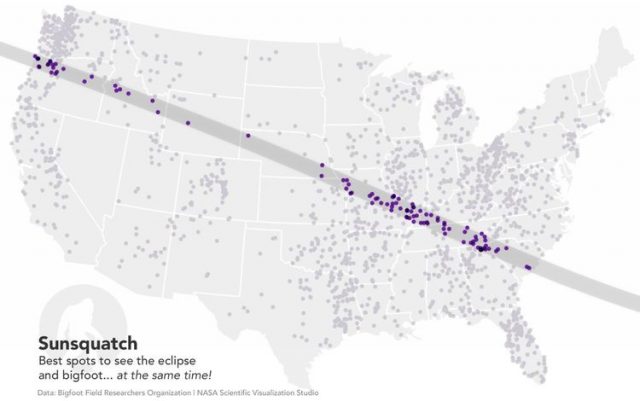 What should we make of these warnings? It’s well known that birds often return to roosts during eclipses while nocturnal animals and insects suddenly become active, at least for a short time. If Lizard Men and Bigfoot are part animal, they may be affected in a similar manner and come out thinking it’s night. If Bigfoot and Lizard Men are mystical creatures, they may be affected by the mystical/magical properties some believe that eclipses have. And if they're cross-dimensional -- who knows? Total eclipses have been feared throughout history for many less-unusual reasons.

Then again, it’s also a known fact that there are plenty of eclipse-watching parties being planned where larges quantities of alcohol and possibly psychedelic substances will be consumed, causing all sorts of things both real and imaginary to be seen.

Whatever you believe or don't believe, if you’re in South Carolina during the eclipse, watch out for Lizard Man or Bigfoot or people dressed as one or the other, avoid looking directly at the eclipse, don’t drink and drive, and if you see something, say something.