The Beast of Bala Lake: A New Report

If you're into the subject of Cryptozoology, you will probably be familiar with a presently unidentified critter that is alleged to haunt the waters of Bala Lake, in Gwynedd, Wales (you can find one of my articles on the story here). It's a very weird tale which is filled with intrigue and drama. And even a bit of conspiracy. The intrigue and drama relates to the witness reports. As for the conspiracy angle, there are tales that in the build-up to World War One, the British military was using the lake as a place to train seals to attack German warships - kamikaze-style - with explosives attached to them. And hiding it all under the guise of a lake-monster legend. Maybe there is a bit of truth to this latter angle, but I'm not holding my breath. That said, however, there is a slightly similar story of cover-ups and monsters that might not have been monsters, after all. It concerns another creature of the deep. This one is known as Paddler.

Now, onto the latest on Bala Lake's resident monster, "Teggie." As I noted in one of my other, earlier articles: "...there’s a story which dates back to 1973, and that is related in issue 22 of the Center for Fortean Zoology’s magazine, Animals & Men. That was the year in which a team of divers surveyed Norton Mere, a body of water located in Shropshire, England. While checking out the mere, the group was shocked by a brief, shadowy encounter with an enormous beast, one which churned the waters and created a huge wake. It was the conclusion of the group that what they had encountered was a northern pike of very large proportions."

This brings me to the latest development in the saga of Bala Lake and Teggie. Last weekend I received a communication from a resident of Dublin, Ireland. In 2015, Colin M traveled to North Wales with his wife and kids. They spent a week checking out the landscape and seeing all the sights. That included Bala Lake, which is less than four miles in length and barely half a mile wide. As for its depth, Bala Lake is slightly less than 140 feet deep.

There was a good reason why the family was there: Colin is a keen fisherman who has a love of the water. While his wife and kids went to grab lunch, Colin hired a kayak from a local firm and took a trip around the lake. Its small size ensured that a shortish trip around the lake would not be a problem. Wrong. According to Colin, in one shallow part of the water - and as he was returning to shore - Colin saw what he is absolutely sure was a pike. It was, however, a pike like most have never seen. The largest pike ever officially caught in the UK was one hooked by a fisherman named Roy Lewis, back in 1992. It weighed in at 46 pounds. Pike are vicious things and not to be messed with. 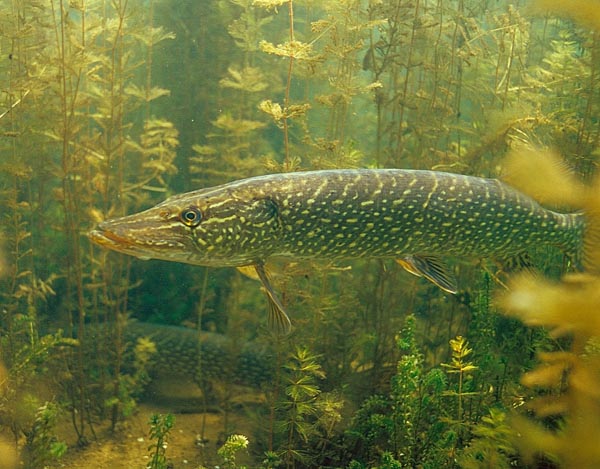 Colin, however, estimated that the pike he saw in the shallows of Bala Lake was around nine-to-ten feet in length. If true, then Bala Lake really does have a monster in its depths. Of course, skeptics will likely refer to "a fisherman's tale" and the legend of "the one that got away." And that when it came to the length of the monster, Colin was mistaken. I have to say, though, that it's hard to mistake something three to four feet in length with something one and a half times longer than the average adult man. Plus, Colin didn't weave a sensational tale of having to fight the beast off. Nor did he claim it tipped him out of his kayak, etc., etc., etc. Rather, said Colin, the whole thing was somewhat surreal: he saw the creature close by and barely below the surface of the shallows and "didn't know what to do so I just sailed past." And that was it: a very brief encounter with something truly monstrous.

Could giant pike be the cause of the old legends of monsters in Lake Bala? Why not? It's a far more reasonable theory than the idea that the lake is home to creatures from prehistoric times.

The Strange Story of the Amazonian Telegraph