The Inside Story of Disney’s Mythic UFO Documentary and Conference: Part Two

In Part One of this article, I presented the inside story of Disney’s 1995 UFO documentary, Alien Encounters from New Tomorrowland, which supposedly was produced with the sole purpose of promoting Disneyworld’s then-new “ExtraTERRORestrial Alien Encounter” attraction in Orlando, Florida. The documentary quickly became engrained into UFO conspiracy lore, with many in the UFO community speculating that it was a sort of “soft Disclosure,” intended as a test of public reaction to a possible future announcement of alien contact. Despite Disney having close historical ties to the US government and military, there is simply no evidence to support the acclimation theory for the Disney documentary, although certainly the specifics of its content served to strongly reinforce ideas that had thus far been sown into the UFO community by disinformation operatives dating back at least to the early-1980s. According to writer/producer, Andrew Thomas, the content of his documentary was crafted entirely by him, and he was given free rein by Disney to make essentially whatever he wanted, which he did.

Still, for reasons detailed in Part One, the Alien Encounters documentary remains something of an oddity, both for its content, and for what its director, Andrew Thomas, describes as Disney’s “completely counter-intuitive” TV scheduling. It aired in only a handful of US cities at inopportune times on selected dates in February and March 1995, with no notice. The result, says Thomas, was that “no one would be watching it.” An incredibly odd marketing strategy considering its purpose was to promote a major theme park attraction for families.

Disney, one of the world’s largest corporations, is not known for poor marketing strategies, and yet, not only did it display appalling promotional skills for its 1995 UFO documentary, but this same shocking absence of PR know-how had also been exhibited by Disney on another UFO-related project during the same timeframe.

A few months before the broadcast of its Alien Encounters documentary, in January of 1995, Disney made the unprecedented move of staging a major UFO conference at its Orlando resort, titled "UFOs: The Reality of the Phenomenon." As with the documentary, the official purpose of the conference was to help promote its new "ExtraTERRORestrial" attraction. Disney sought to bring together the world’s leading UFO experts for several weeks. These included major names of the time, like Budd Hopkins, George Knapp, Don Schmitt, Kevin Randle, and Zecharia Sitchin, among others. Such a line-up at the height of UFO hysteria in America would ordinarily have attracted many hundreds, if not thousands, of attendees. Strangely, though, Disney chose not to advertise their costly multi-week event. As a result, the world’s leading UFO speakers spoke to almost no one at all.

The man tasked with organizing the conference for Disney was Don Ecker, Director of Research at UFO Magazine, then the world’s most popular UFO publication. I interviewed Ecker in 2015. “In a way,” said Ecker, “the Disney conference is kind of a murky legendary incident in the history of UFOs in the United States.”

This was going to be a two-week event and Disney wanted me to host it. They would fly me down to Orlando. I would be the person choosing all the speakers and organizing the line-up. There were two groups of speakers that came in. One group for week one, the second group for week two. Disney had set aside an auditorium for this whole thing [NOTE: David Halperin, whose work is referenced in Part One, has the event lasting four weeks, not two].

It wasn’t until the conference began that Ecker learned of Disney’s non-promotion of the event. He told me, still in disbelief:

Disney never gave it an ounce of promotion. They did not promote it at all. In the two weeks that we were there, the most highly attended day for speakers in an auditorium that could have seated several hundred, we may have had 10 or 12 attendees at most. We had virtually no audience at all. That Disney didn’t promote it made no sense to me then, and it makes no sense to me now.

Ecker said that abduction researcher Budd Hopkins was particularly outraged by the lack of attendees: "He just upped and left in the middle of the week. Didn’t even say goodbye or thanks." Despite the almost total lack of attendees, the other speakers (approximately twenty in total) still delivered their prepared lectures each day based on their current research.

The conference could not have been cheap. “These speakers had received airline tickets to fly in, free room, board, and meals for two weeks, everything paid for by Disney,” said Ecker.

On the final evening, during a goodbye meal at the resort, Ecker received an official thank you from Disney World. Ecker told me with disgust:

They presented me with a "Mousker." This Disney drone—this gofer kid—came running up to me and said, “Mr Ecker, we have something we want to present you with.” So, I followed him literally into a hallway behind one of the big rooms. A Disney executive came up to me, along with another kid carrying a cardboard box. The kid reached into the box, pulled out this statue of Mickey Mouse and they presented it to me. That was their way of saying thanks for the job I did for two weeks putting this thing together. Looking at it in retrospect, I really felt like they took me to the shower, dropped the soap in front of me, and asked me to bend over and pick it up.

The whole thing seemed to defy logic from a marketing standpoint. Disney had created a costly alien-themed attraction and claimed to want to promote it through a two-pronged marketing campaign consisting of a multi-week conference at Disney World and a tie-in documentary (Alien Encounters from New Tomorrowland). Yet, inexplicably, Disney promoted neither the conference nor the documentary, rendering both of them entirely useless as marketing tools. “It was basically like Disney taking tens-of-thousands of dollars and burning it on a bonfire,” said Ecker.

Could there have been an ulterior motive behind the conference? It was held in the mid-1990s, before the global dominance of the Internet and email, before ufologists began sharing all their work online. With this in mind, could the conference have been an orchestrated opportunity for intelligence agencies to assemble under one roof the leading figures in ufology for an extended period of time in order to simply take the current pulse of the UFO subculture, and perhaps to further seed and steer it in service of its own psychological warfare goals? We’re in deep into speculative territory here, but logical justifications for the conference are hard to find. It was not promoted. It was not attended. To my mind, it served no obvious purpose, unless its purpose was potential intelligence-gathering and dissemination of disinformation. Given the documented history of intersections between UFOs, Disney and officialdom, this theory may hold at least some measure of water. In his book, The Trickster and the Paranormal, George P. Hansen observes:

Any legitimate analysis that tries to explain belief about UFOs must recognize that the UFO subculture is awash in disinformation spread by government personnel, and that this has played an enormous role in shaping the subculture. Virtually all UFO investigators who make regular public presentations are from time to time are approached by people who claim to have seen materials or documents while in military service that confirmed that the government has UFO projects… These low-profile informants are a major source of UFO beliefs held by millions of people. Their information circulates quietly throughout the culture… 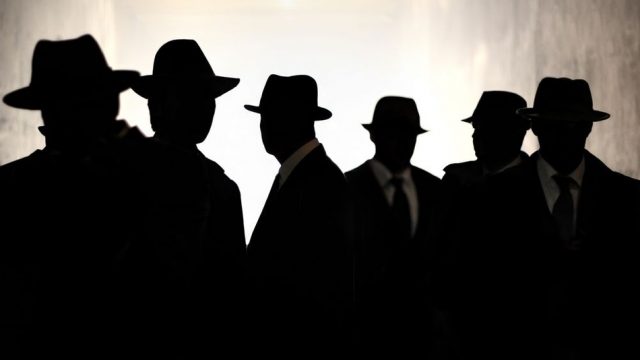 As with much else in the weird world of UFOs, in the absence of solid answers, we find ourselves wading through what Lorin Cutts terms The UFO Mythological Zone, “the gap between fact and belief, what we see and what we want to see, what we experience and how we interpret it.” In the absence of facts, says Cutts, “many people simply choose what they want to believe.”

When it comes to the curious cases of Disney’s 1995 UFO documentary and conference, all I know is that I don’t know what to believe. I’m perched on a ledge in Undecidedsville, overlooking the sprawl of The Mythological Zone below. I invite you to join me here, to dangle your feet, and to think a while. Shall we jump off the edge, or spit off it? Either way, it's important that we look with clear eyes, and recognize the spectacle for what it is.